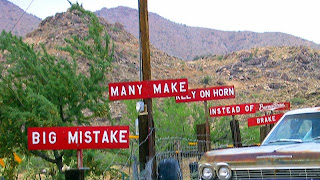 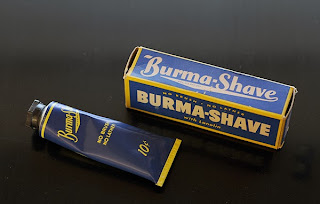 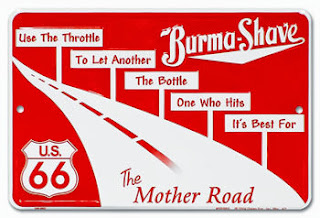 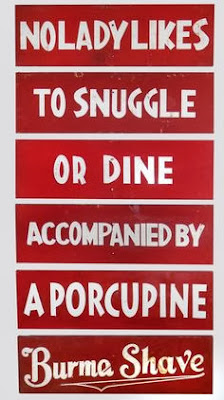 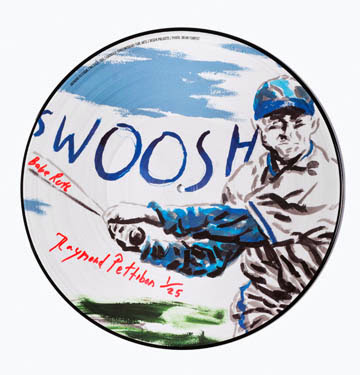 Burma Shave was an American brand of brush-less shaving cream introduced in 1925 and popular until the mid-1950s. The company pioneered the use of sequential highway jingles, some of which promoted the product and others which were simply intended to resonate with frustrated drivers. The red and white signs were spaced according to the speed limit, so that drivers could read a line at a time. Many employed lyrical rhyming in their structure. The company was sold in 1963 to Phllip Morris and the ads were discontinued, partly due to increasing speed limits.

The recordings were made in Pettibon’s NYC studio last year, intended for the film 10 pm Lincoln Boulevard by Jürgen Heiter.

The picture disk features an illustration by Pettibon and each of the deluxe edition includes the name of a different baseball player written on the disc (Lou Gerhig, Vada Pinson, Willie Mays, Jackie Robinson, Babe Ruth, etc.). The regular edition is also limited to 25 copies, which are unsigned and unnumbered.