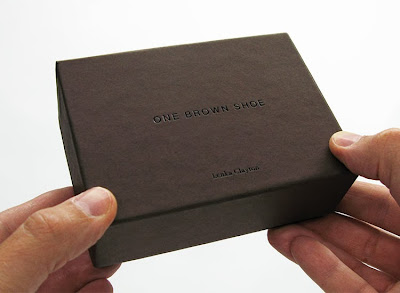 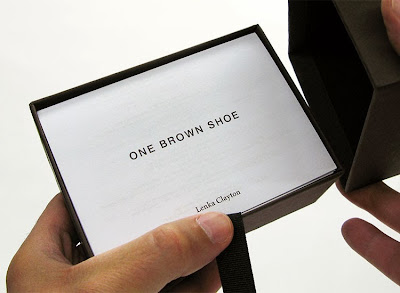 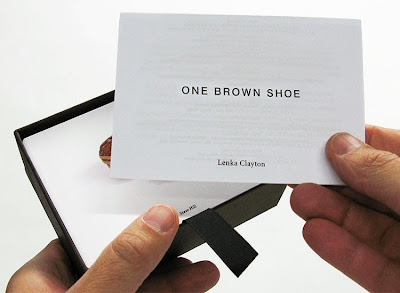 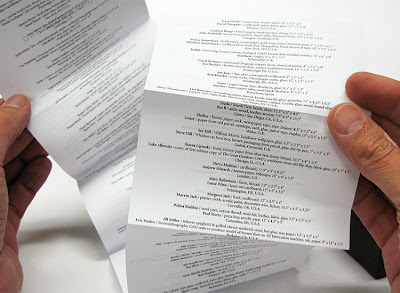 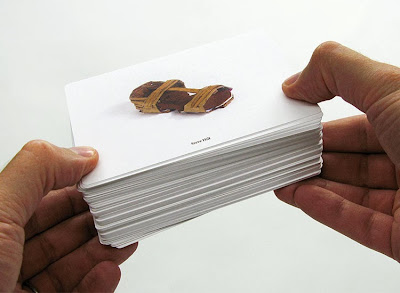 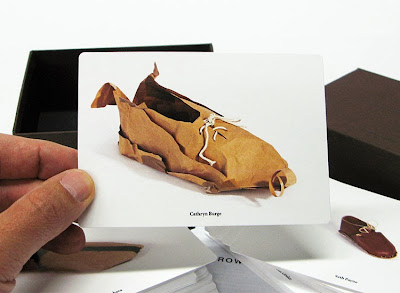 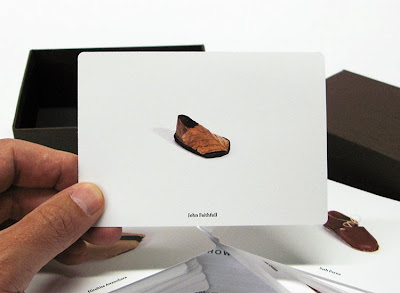 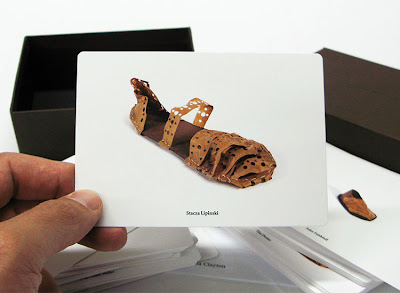 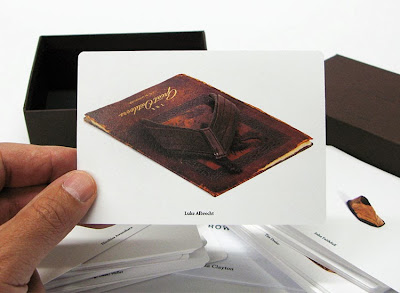 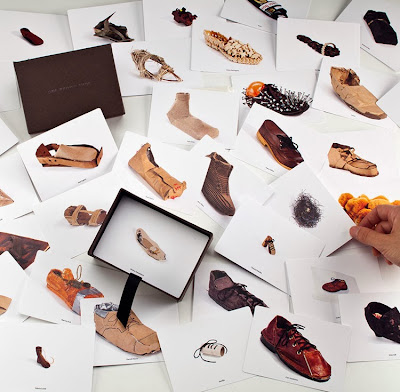 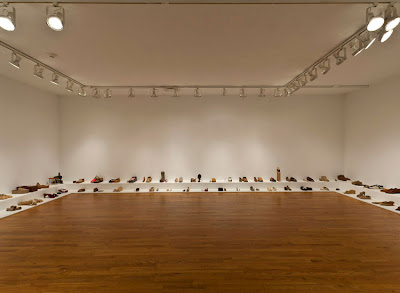 British artist Lenka Clayton's website lists three available limited editions; Moons From Next Door, 1/57th of Andy Warhol and One Brown Shoe. Moons From Next Door is a Viewmaster viewer with a custom made slide displaying seven images of found dog balls; used, chewed and generally gnarled. The photographs depict the balls against a black background, heavily shadowed, and appearing as satellites. 1/57th of Andy Warhol, is a shirt sold to Clayton by the Pop artist's nephew and cut into 57 pieces and boxed. In a gesture reminiscent of Yoko Ono (Mend Piece, the sky puzzle pieces, the opposite of Cut Piece), Clayton includes a needle and thread and suggests  "When the new owners accidentally meet one another the shirt can slowly be sewn back together."

Her latest boxed work is the beautifully produced exhibition catalogue/artist's book depicting images of the 200 shoes produced for Clayton's exhibition of the same name. The artist invited one hundred married couples (from 12 different countries) to each produce a single brown shoe, using only materials found around their homes. They were asked not to confer with one another, but rather to keep their projects secret, revealed only when both halves of the mismatched pair were complete.

The shoes are surprisingly considered and sculptural, made from an expansive range of household odds and ends like scraps of cereal boxes, scraps of leather, cuban cigars, office supplies, animal crackers, nut shells, and used packing tape.

Designed by MASS MoCA's Director of Design Brett Yasko, the foil-stamped box contains one hundred double-sided colour cards, a fold-out text sheet listing the participants and details of each shoe, and a project description.

“Each pair of shoes might be seen as a portrait,” Lenka says, “of two individuals, of one couple, and of the difference between the two.”

The work is available, for $62.00 from artist's website, here, and from Printed Matter, here.