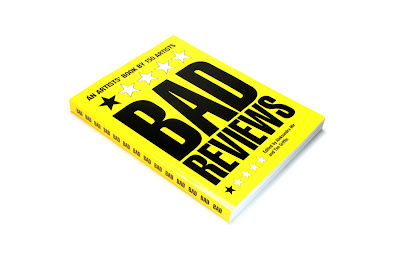 Aleksandra Mir and Tim Griffin [eds]
Bad Reviews
New York City/London, USA/UK: Retrospective Press, 2022
[176] pp., 32 x 24 x 2 cm., softcover
Edition of 400
Andy Warhol proposed that the best way to deal with art criticism was not to read your reviews, but to "weigh them." His advice functions as an update of sorts to showman P.T. Barnum's axiom “There’s no such thing as bad publicity”, mixed with a little Oscar Wilde wit ("There is only one thing in the world worse than being talked about, and that is not being talked about").
Almost seven years ago, Aleksandra Mir contacted artists around the world and asked them to submit the worst review that they had ever received (I posted about it here, in October of 2015).
"I am planning to publish an artist's book called BAD Reviews,” she wrote, "a collection of bad art reviews in the form of quotes, transcripts and reproductions of previously published material. I take the view that the bad art review is a near extinct form of creative writing which deserves to be honored, and who better suited to do this, than the artist concerned?".
Earlier this summer, the title was finally released, covering six decades and featuring a hundred and fifty artists including Carolee Schneemann, Lawrence Weiner, Allen Ruppersberg, AA Bronson,  Susan Hiller, Aram Saroyan, Mona Hatoum, Michael Smith, Laurie Simmons, Robert Longo, Dara Birnbaum, David Rokeby, William Pope L, Cindy Sherman, Jessica Stockholder, Marcel Dzama and many, many others.
Mir and Tim Griffin, the editors, view it as a collectively authored Artist Book, by a hundred and fifty artists who each volunteered to share the worst published review of their work, or other opprobrium. Ed Ruscha, for example, contributed a now-legendary letter he received from the Library of Congress, who returned his Twenty-Six Gasoline Stations book to him ("The Library of Congress does not wish to add [this] to our collections").
Both editors contribute a brief afterword, and in Mir's she describes herself as "raised on Warholian wit and Watersesque camp", slightly inoculating herself from pain of negative criticism.
John Waters proposed to Lit Hub a couple of years ago:
“Read the bad ones once, the good ones twice, and put them all away and never look at them again. Of course what you always remember are the bad ones. You can ask people to quote the meanest review they’ve ever gotten and nobody says I don’t know. But you never answer them, because when you answer them they get to answer you again. So all the people who didn’t read it the first time see it the second time. Sometimes you learn from a bad review. Sometimes they’re right – a little.”
One almost feels guilty agreeing with some of the negative comments, but Waters' last observation is true. Sometimes they are right.
Any fear that the contributors were using Bad Reviews to smirk away valid criticism was allayed by the always brilliant Candice Breitz, who posted about her involvement with the project on Instagram:
"This wickedly fun publication was put together by Aleksandra Mir and Tim Griffin. The book sets out to ‘explore and honour the bad review as a genre’ [...]  It makes for a really fascinating read (at times painful, at times hilarious); especially given the relative paucity of critics who are willing to dole out harsh criticism in the current moment. As Aleksandra writes:
"One could easily assert that art criticism is in crisis today. Bad reviews are a rare breed in those magazines run by a circular economy of journalism and advertising. The autonomy of the critic, who anyway gets lousy pay, is often squeezed between these economic and political ends."
My own contribution to the book is a review of an improvisatory performance piece that I put together in the context of Performa in 2009 (’New York, New York’ was its title). In her review of ’New York, New York' for Artforum, Claire Bishop made short shrift of the piece, memorably describing the result of my experimental approach as ‘an abortion.’
I respect Claire very much, so that stung for a moment. Fortunately, I happen to be very much pro-abortion: It is often life-saving!"
Breitz gives the form its due regard (as well as the great Claire Bishop) while also conveying the importance of being able to ultimately shrug it off.  Additionally, she manages to tie the title to the topical and urgent subject of abortion (something also dear to the heart of Mir).
Bad Reviews is not for sale, but rather the copies are shared among the participants. However, it is available to view at the following libraries:
Academy of Fine Arts, Gdansk
Accademia di Belle Arti G. Carrara di Bergamo
Bard College, Hessel Museum of Art, Annandale-on-Hudson
Bennington College, VT
CalArts, Valencia, CA
Center for Art, Research and Alliances, NYC
Center for Book Arts, NYC
Centre National Édition Art Image, Paris
Chert Lüdde, Berlin
Cleveland Institute of Art, OH
Cloud Seven, Brussels
Delfina Foundation, London
Detroit Institute of Arts, MI
DuplexDuplex, Vancouver
École Nationale Supérieure des Arts Décoratifs, Paris
École Nationale Supérieure d'arts de Paris Cergy
Frac des Pays De la Loire
Francesco Pantaleone Arte Contemporanea, Palermo
Getty Research Institute, CA
Hosmer Gallery, Northampton MA
Iceland University of the Arts, Reykjavík
Institut für Kunst im Kontext, UDK, Berlin
International Center of Photography, NYC
Kestner Gesellschaft, Hannover
Kunstmuseum Schloss Derneburg
L’OEil de Poisson, Quebec City
M+, Hong Kong
Modern Art Oxford
Museum of Contemporary Art, Toronto
Museum of Modern Art, New York
National Gallery of Canada, Ottawa, Ontario
Nottingham Trent University
Ocean Space, Venice
Piet Zwart Instituut, Rotterdam
Pomona College, Claremont, CA
Pratt Institute, Brooklyn
Schirn Kunsthalle, Frankfurt
School of the Art Institute of Chicago
SF MoMA
No comments:
Labels: Aleksandra Mir, Andy Warhol, Candice Breitz, Claire Bishop, John Waters 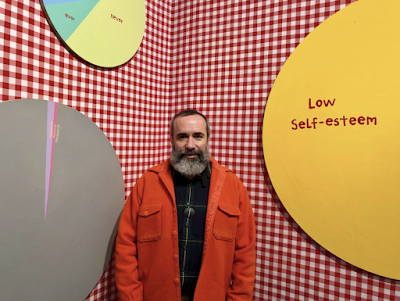 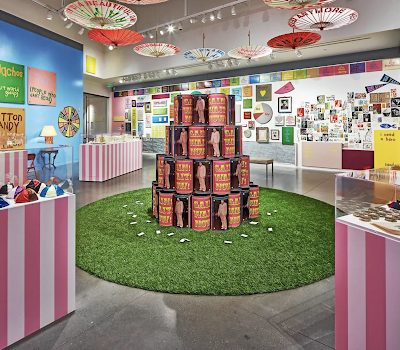 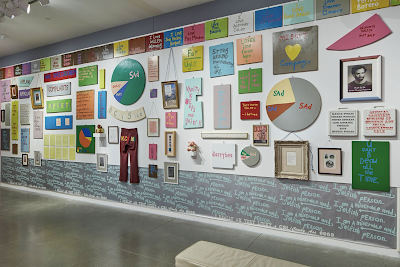 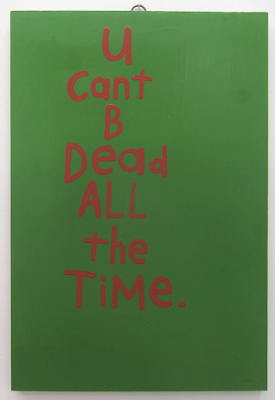 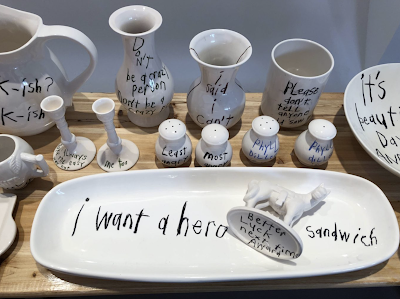 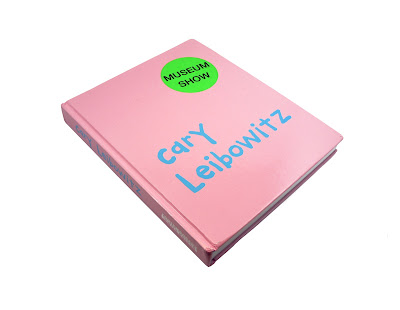 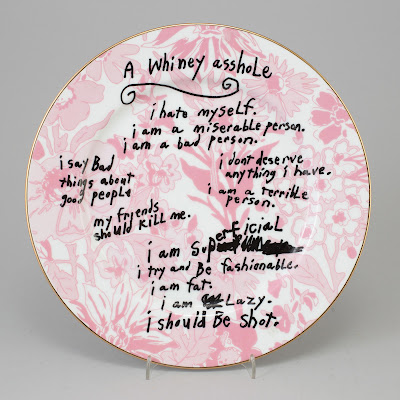 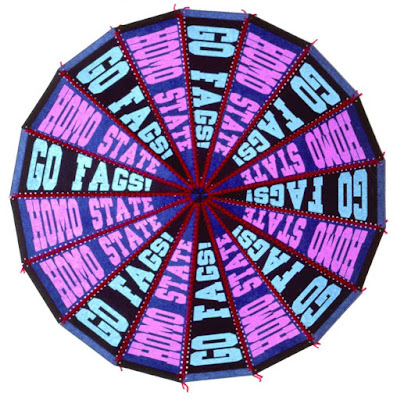 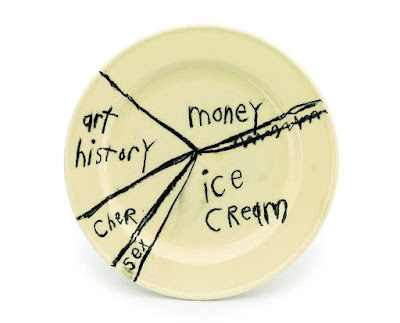 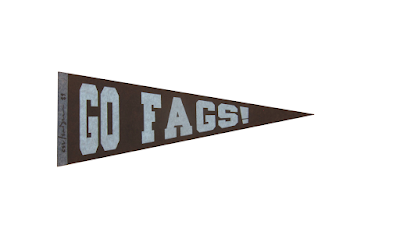 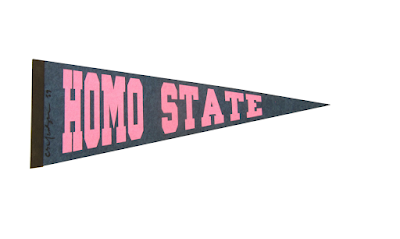 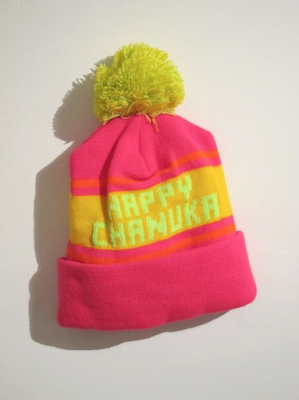 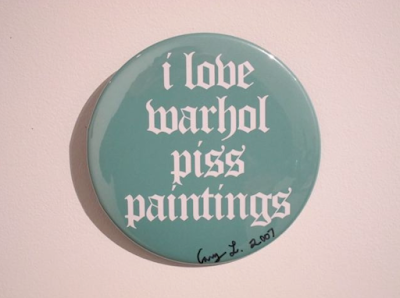 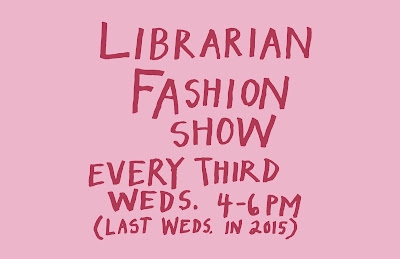 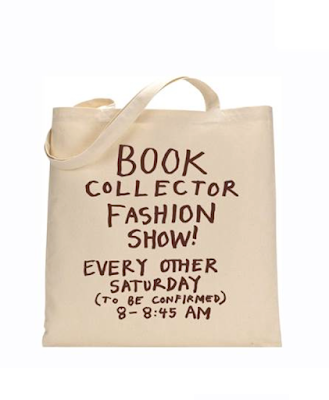 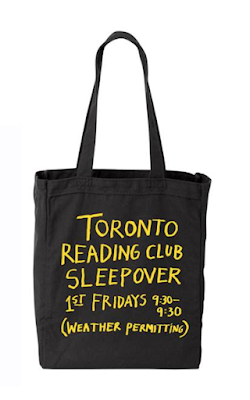 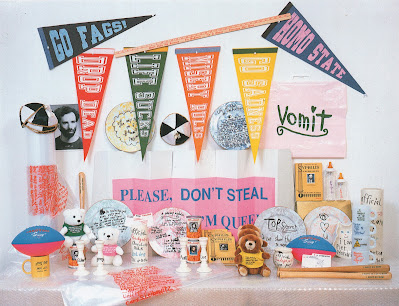