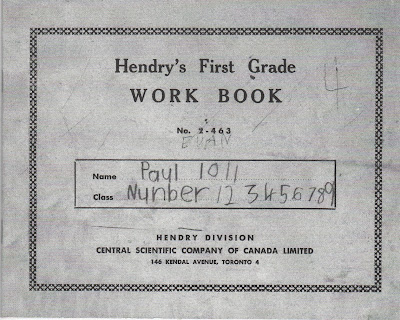 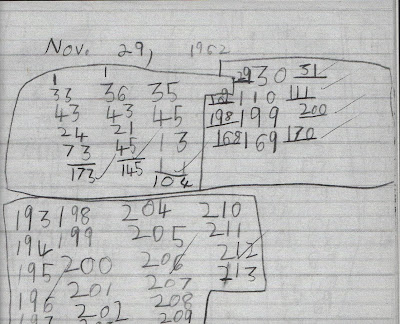 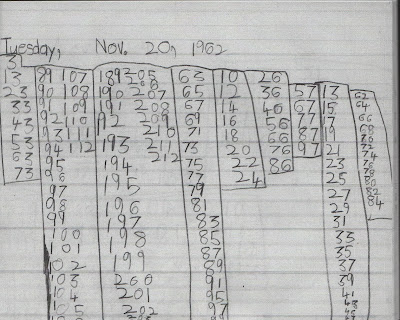 "1] As a left-handed child and ADD avant la lettre, I could not keep my numbers straight. Columns of figures drifted around the pages of my grade school work book, rows bleeding into one another, making calculations difficult. The teacher suggested that I draw a box around each arithmetic exercise in order to keep things separated and legible. Years later this boxing, a framing or delineation of the subject, became central to my painting and drawing practice.

2] In 1981, I photographed the pages of my first-grade arithmetic work book, composed in the fall of 1962. My intent was to produce a facsimile of this juvenilia as an artist’s book. For all the usual reasons, the project was shelved.

3] In 2002, all the subjects listed on the spines of the 23-volume, 1962 edition of Encyclopedia Britannica were typed out on an electric typewriter in such a way as to imitate the boxing or framing found in my 1962 numbers work book. This concrete poem was read aloud on stage, but never actually published.