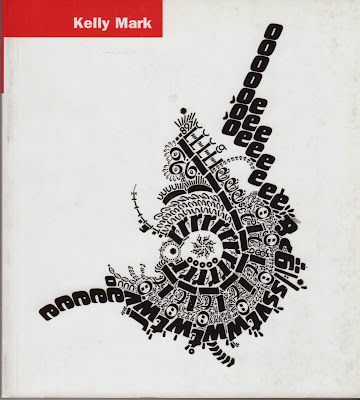 This catalogue, to accompany an exhibition curated by James Patten in 2001, features a few photographic and video based work, but primarily documents Kelly Mark's early drawings using Letraset dry transferable lettering. For over a decade the artist has been producing abstract visual compositions by applying the Letraset directly onto matte board. Each of the works in the exhibition was the uniform size 28 x 36 cm., but subsequently the drawings have grown into sprawling works, with one (recently purchased by the National Gallery of Canada), being over thirty-three feet long.

Mark's imagery has been reproduced as album cover art, promotional posters, wine bottles, magazine covers and a number of tattoos. Later this week the Nothing Else Press will issue the first editioned print of one of the Letraset Drawings, Frankfurther Five.

"Kelly Mark's Letraset 'drawings' are compositions of meticulously arranged transfer lettering on mount board. The black and white designs are ambiguous and suggest an unseen source material such as aerial mapping, sewing patterns or convoluted text-based bar code. More graphic and formally driven than her other work, they allow her the pleaseure of making and designing in a dynamic and architectural way."

"Kelly Mark's work using Letraset seems to represent a dynamic dance and swirl of letters, moving accross page and frame to frame. While the indivivual pieces can stand alone, they are arranged as polyptychs and the line around which the marks are organizes flow from from one panel to the other. There is a dynamic machinery here, and the fontography by its black and white and serifed nature reminds me of the early century's dynamic steam machines, which inspired Duchamp to abandon paintings of traditional subject matter in favour of engineered renderings of chocolate-grinders and the hormonal process of love as if mediated by particles of malic-molded matter." 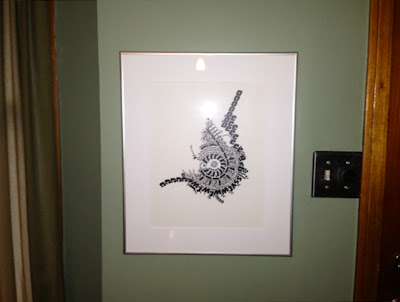 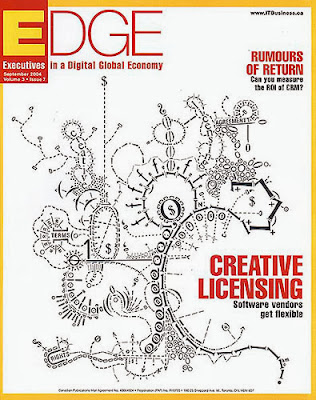 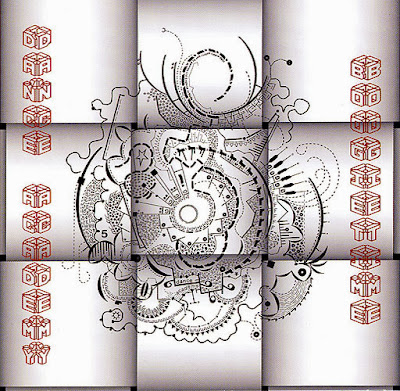 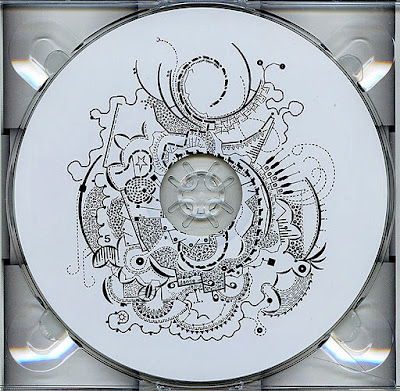 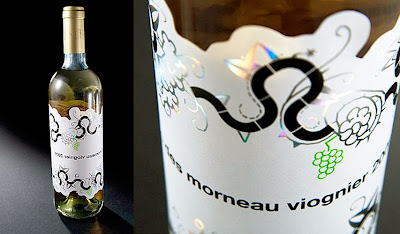 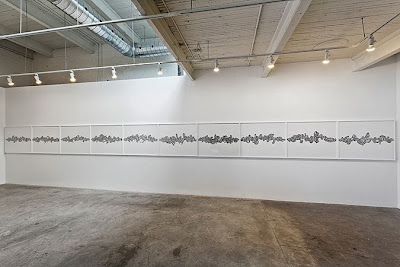