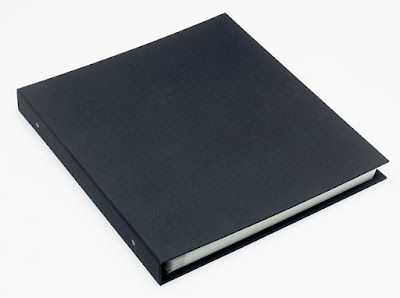 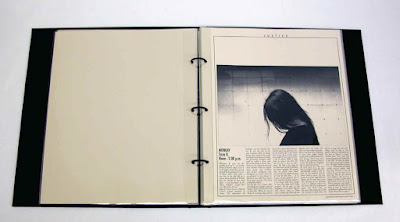 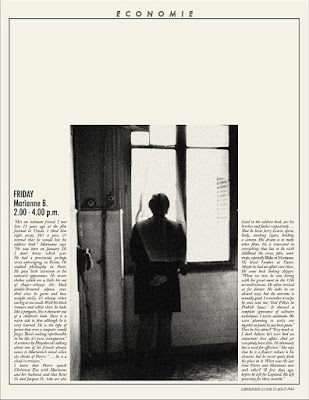 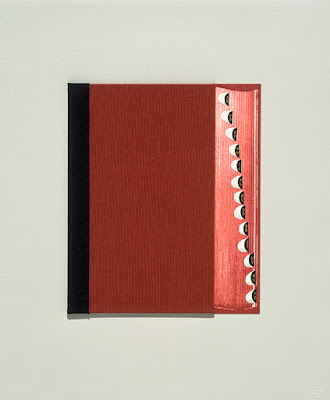 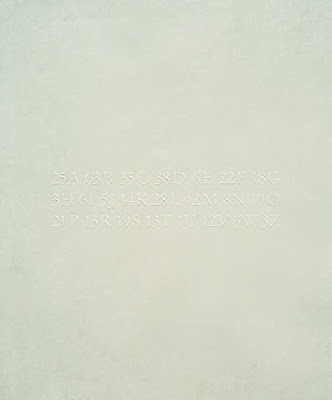 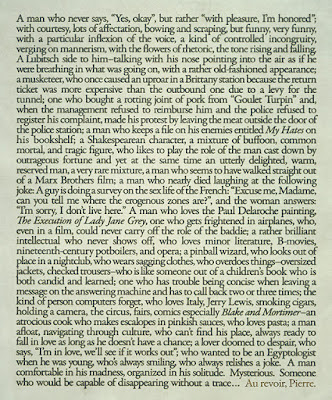 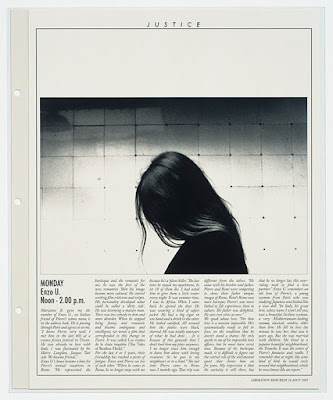 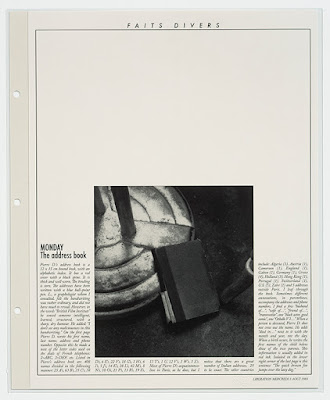 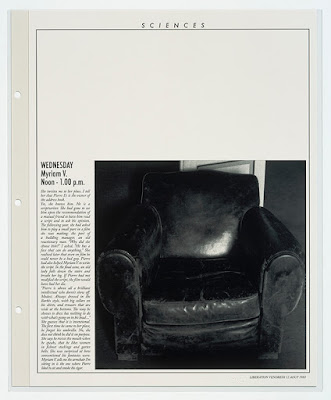 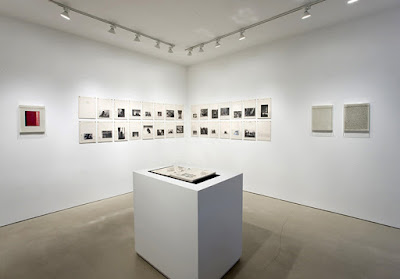 In June 1983, Sophie Calle found a lost address book on the street in Paris. She promptly returned it to it's owner, but not before photocopying the contents. She then began contacting the people listed in the book and asking to meet, to discuss Pierre, the book's owner. Some refused (a Louis S. exclaimed over the phone “I’ll have no part in this! It’s an outrage!”) but others were more than happy to meet and divulge personal information about their friend/acquaintance/lover/etc.  One friend told Calle, for example, "His personality developed what could be called a 'dirty side'."

In August and September of 1983 the artist published accounts of these ongoing meetings in the newspaper Libération. Pierre D. threatened to sue and demanded that Libération publish nude photographs of Calle as retaliation for the invasion of his privacy. The newspaper obviously did not comply, but Calle agreed not to move forward with the complete project until after the subject's death.

He reportedly died in early 2012, the year that Siglio press released a trade edition of the Address Book. This portfolio predates that by three years, though and it's unclear how the original deal was circumvented.

This portfolio of prints consists of 28 pages, each with text and photographs, in a screenprinted binder; one etching with gold leaf, one blind embossment and one 5-color lithograph with collage. It is available for $12 000 US, from the publisher, who are donating 15% of all sales tomorrow (January 20th, the inauguration of Donald Trump) to People for the American Way.