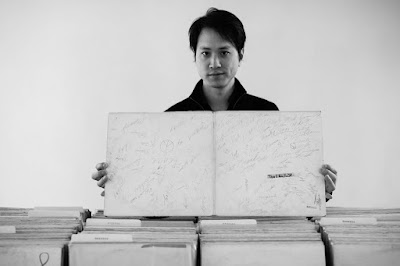 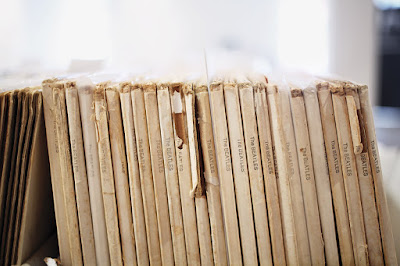 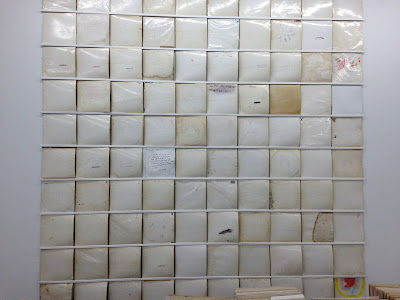 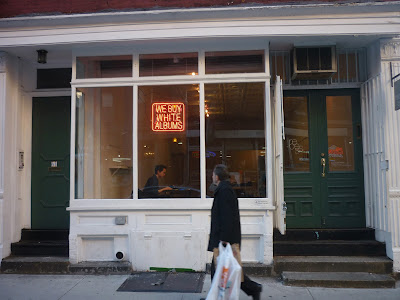 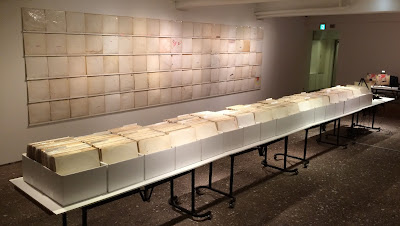 Rutherford Chang's We Buy White Albums project travels to the Verge Center for the Arts, opening tomorrow night from 6 to 9pm. The work - in which Chang transforms the space into a temporary pop-up shop whose sole purpose is to amass more copies of the Beatles' eponymously titled White Album - has been exhibited internationally, most recently at the Toronto Edition Art Fair.

Now numbering over 1,600 copies, Chang's collection of first edition White Albums are organized numerically and serve as a record of use and age. Many of the discs are warped and scratched and the iconic all-white covers (typically attributed to Richard Hamilton, who designed the insert poster) have accumulated scribbles and markings from previous owners, record 'rings', discolouration and mold, turning each album into a one-of-a-kind object.

Visitors can flip through the LPs and listen to Chang's recording of many of the records playing simultaneously. Or bring a copy to sell him.