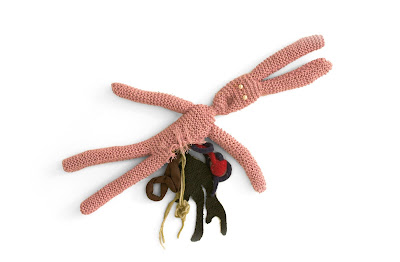 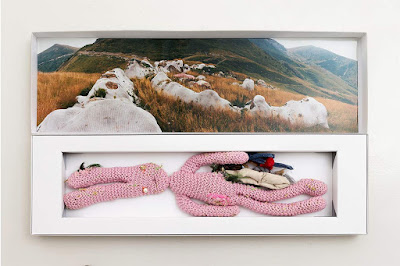 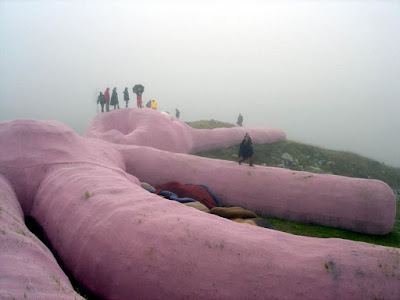 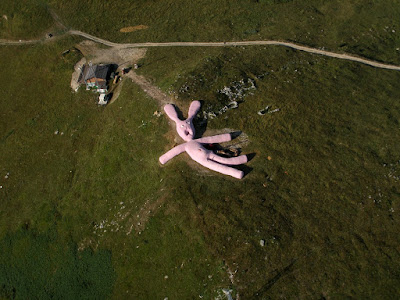 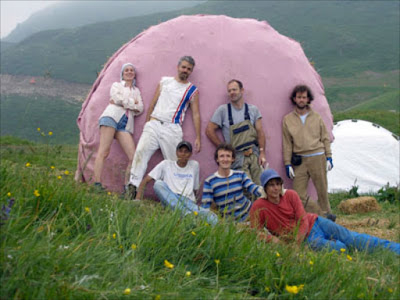 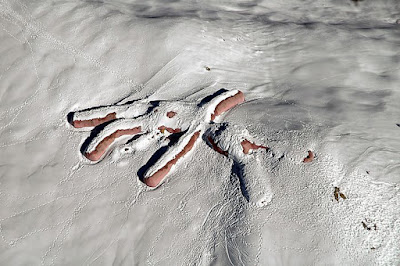 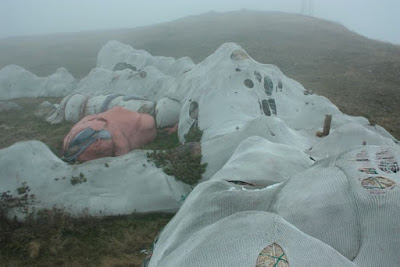 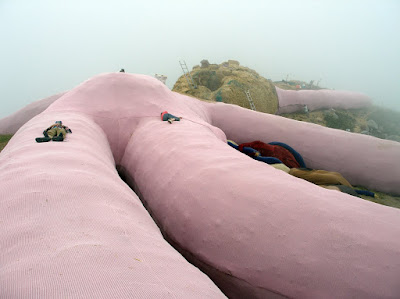 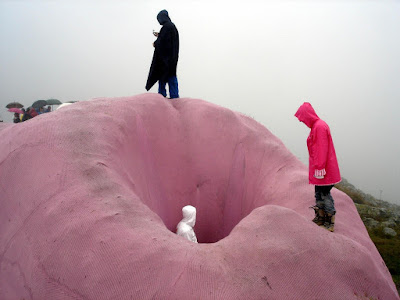 A hand-knit stuffed animal miniature of the collective's giant work of the same named, situated in the village Artesina, in the Italian Alps. The 2005 work was a toilet-paper-pink rabbit (large enough to climb, and reportedly be seen from space) left out in the elements to decay like an actual rabbit carcass.

Artesina can be reached by public transit and the Rabbit is about a twenty to thirty minute walk from there. The Google Maps Link to the location is http://goo.gl/maps/cjv4X.