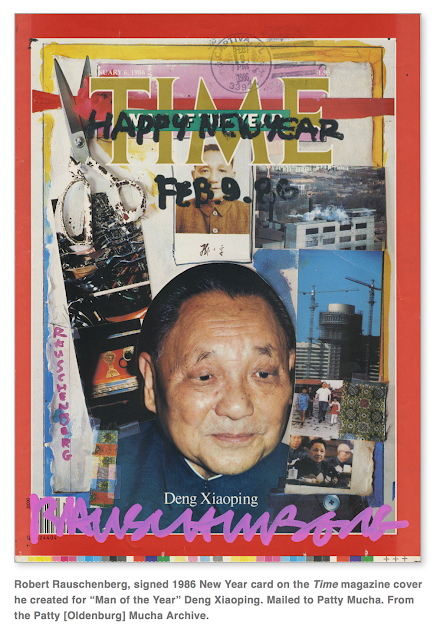 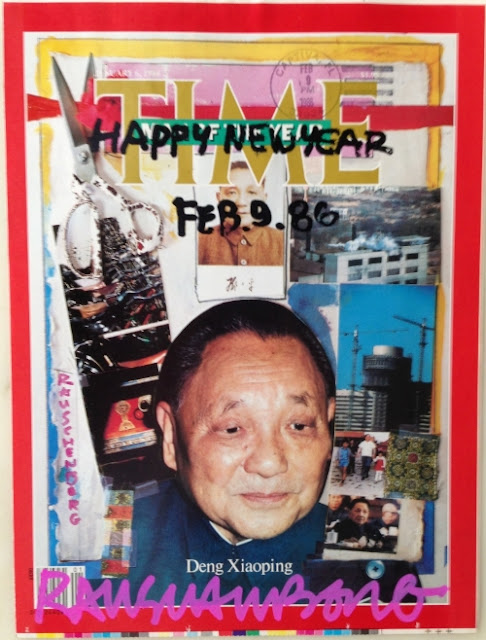 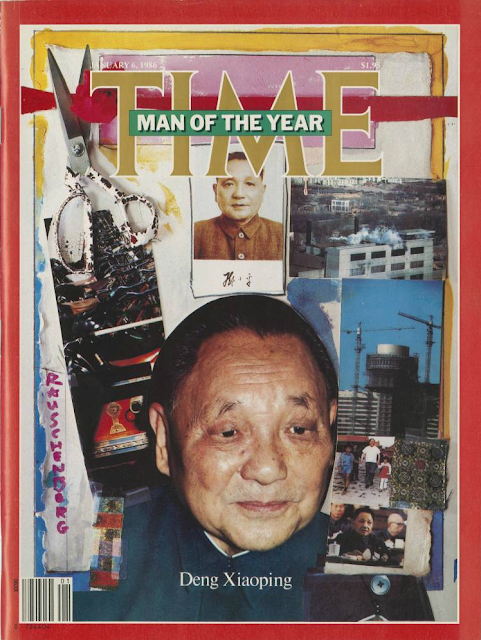 Robert Rauschenberg designed eight covers for Time Magazine, including one for which he was the subject of the feature story. This January 6th, 1986 cover was designed for the Man of the Year announcement of Deng Xiaoping, the leader of the People's Republic of China.

Rauschenberg repurposed the cover with the addition of his signature and a hand scrawled greeting.

The above card (top) was sent to poet Patty Mucha, who was the lead of the short lived noise band The Druds, which featured Walter De Maria on drums, Larry Poons on guitar, and La Monte Young on the saxophone. Jasper Johns contributed lyrics and Andy Warhol was said to have sang with the group. Mucha was also married to Claes Oldenburg for a decade, and later dated a young Richard Hell.

The example is from an excellent new resource initiated by Granary Books called From A Secret Location. The new website will serve as "a living compendium to document and describe little mags and small presses from the mimeo era and beyond." It is a continuation of a 1998 book and exhibition titled A Secret Location on the Lower East Side: Adventures in Writing 1960-1980, curated and written by Steve Clay and Rodney Phillips.

The site includes a revised, corrected, and expanded version of the original text, as well as dozens of listings of Artists' Magazines and Presses, and a sampling of flyers and assorted ephemera. It will be updated regularly.