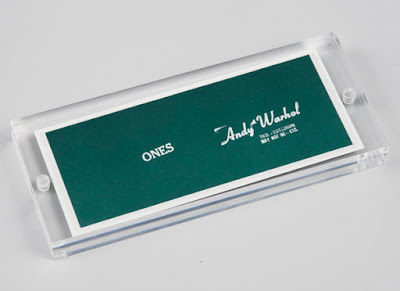 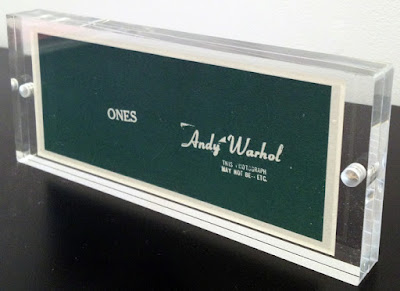 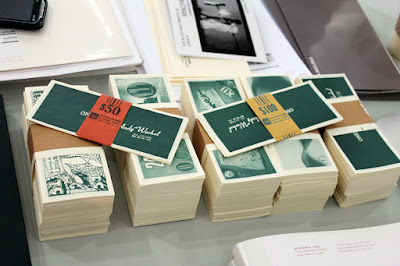 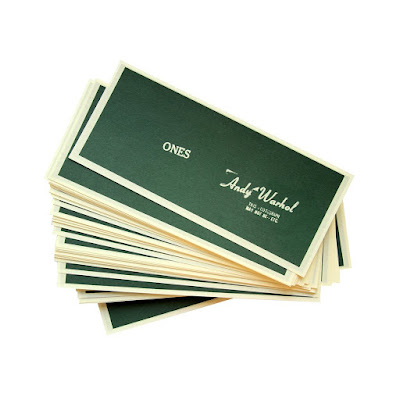 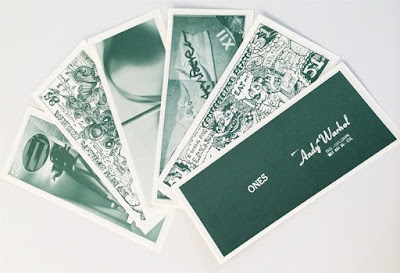 Experiments in Art and Technology (or E.A.T.) was founded in 1966 by Billy Klüver, Fred Waldhauer, Robert Rauschenberg and Robert Whitman, to foster relationships between artists and engineers and serve as a catalyst for stimulating the involvement of industry and technology with the arts.

The above bills were from a 1971 event held by E.A.T. called the "Art Cash Benefit for Television Programming fundraising", which was in aid of the Community Television Center and the Artist's Television Project at Automation House, New York City.

Both Whitman and Rauschenberg designed currency for the casino event, as did Warhol, Tom Gormley, Red Grooms and Marisol Escobar. (above, bottom). Oyvind Fahlstrom had proposed an image but it was deemed too controversial and wasn't produced.

The bills were printed by the American Banknote Company on the same paper used for U.S. currency (though without the anti-counterfeiting microfibres present in actual currency). Attendees at the fundraiser each received an envelope containing one of each of the six bills.