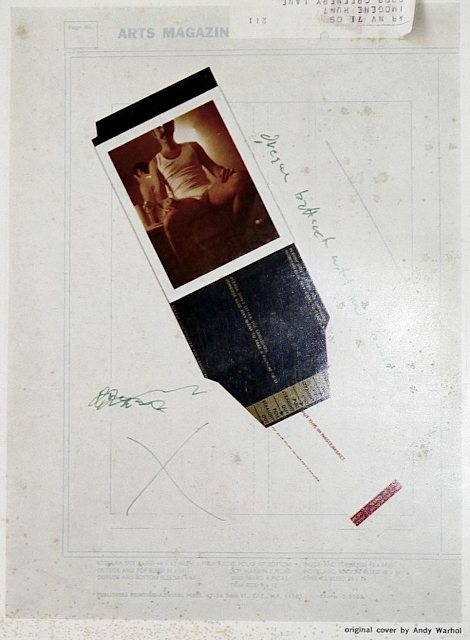 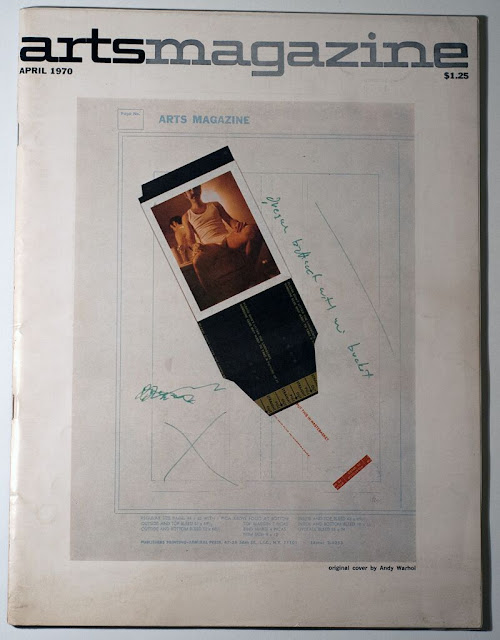 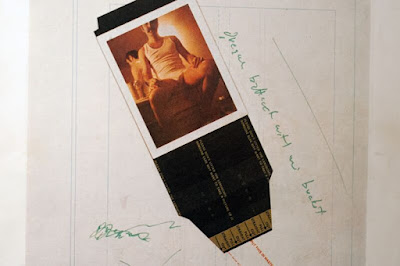 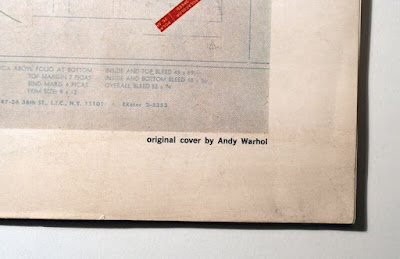 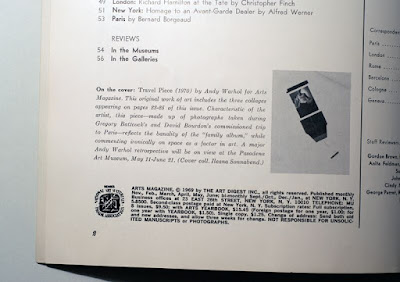 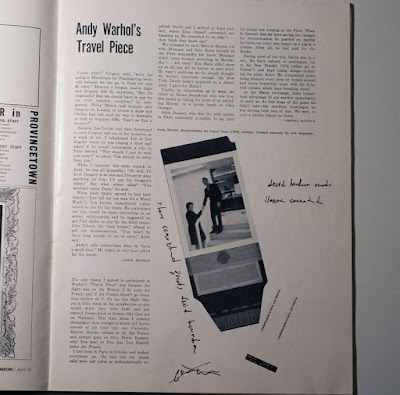 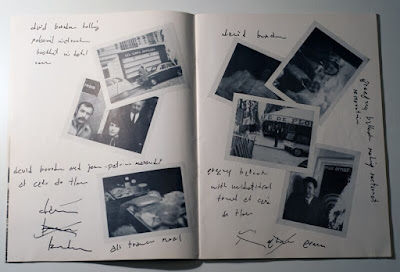 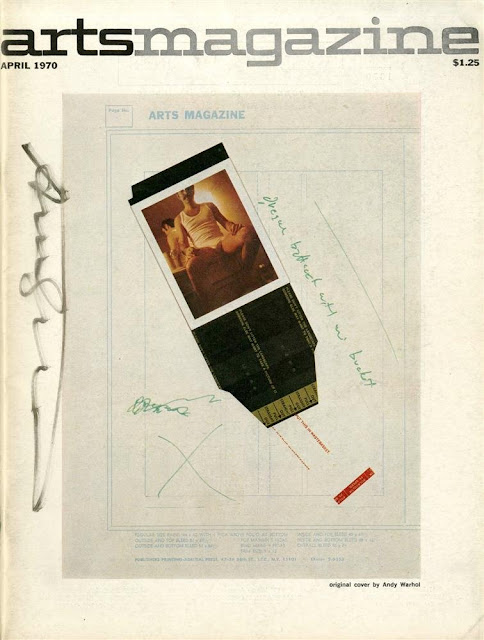 A rare copy (exceedingly so when signed, as bottom, above) of Arts Magazine with an "original cover by Andy Warhol" and "Andy Warhol's Travel Piece", both of which feature Factory stalwart, Gregory Battcock in his underwear. Three years later he would be named editor of the magazine.

Battcock had starred in two of Warhol's films (Batman Dracula and Horse), and had previously contributed articles to the journal such as, “Notes on the Chelsea Girls: A Film by Andy Warhol,” 1967, and “Warhol Film,” 1968.

The issue includes contributions by Sol LeWitt and Mel Bochner, and my favorite Lawrence Weiner work (three typewritten rules: 1. the artist can make it work. 2. the work piece can be manufactured. 3. the work piece does not have to be built.)

For other magazine covers designed by artists (included several by Warhol), see the MCBA tag below.