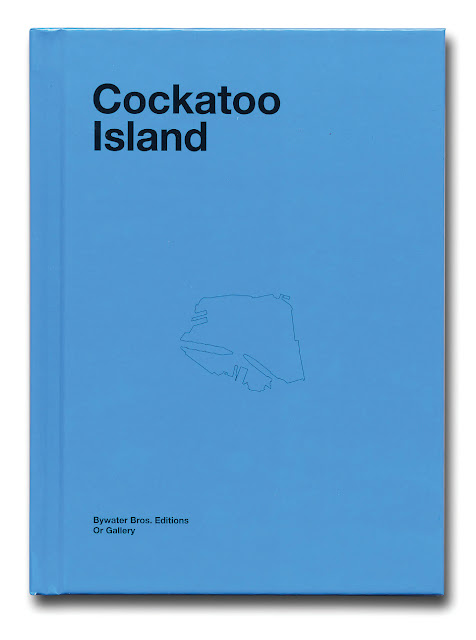 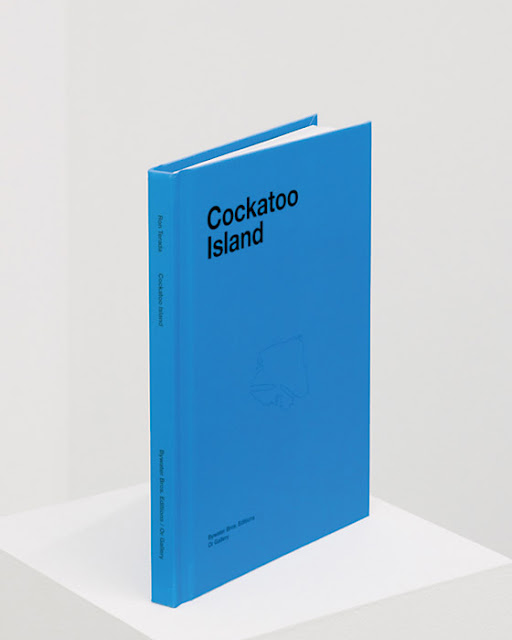 This book documents Ron Terada’s walkabout of Cockatoo Island in September 2008. Expecting an exotic, tropical landscape replete with cockatoos and other rare fauna, Terada instead found himself on an island more in common to an isolated penitentiary like Alcatraz. Located off Sydney Harbour, Cockatoo Island was indeed once the site of a former prison and shipyard, yet on this occasion, also the setting for the 2008 Sydney Biennale.

Presented in a refined yet deadpan serial layout, Terada’s Cockatoo Island “blacks-out” any visual evidence regarding the works in the exhibit, the trajectory of his walk, or any clues to the island itself. What remain are the name of each participating artist as presented by the Biennale organizers: on homely, hand-made signage that evokes at once both protest and resignation.

Available for $25 here, or at the Bywater Bros table at Edition Toronto this week, at a special fair price of $2.50.