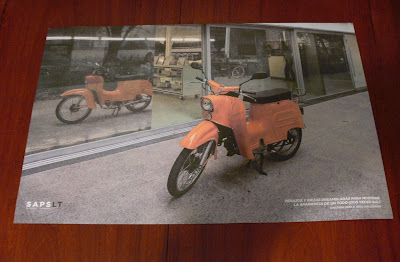 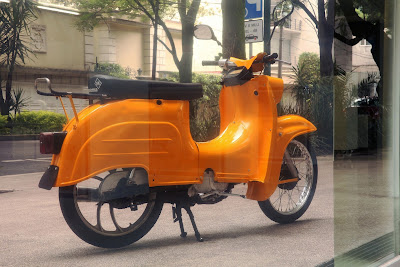 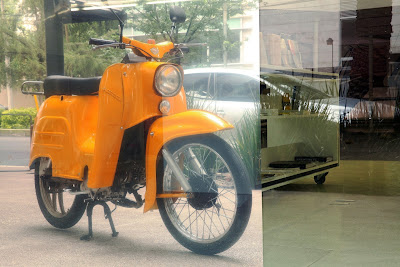 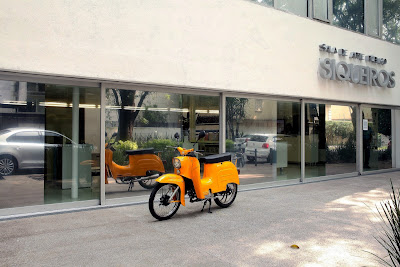 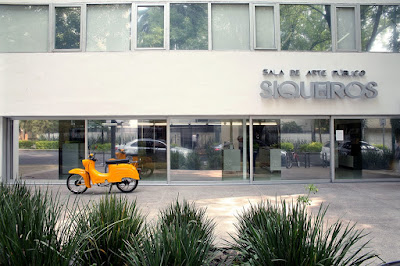 A double-sided take-away poster from a project we stumbled upon in Mexico last month by Jonathan Monk and Ariel Schlesinger (whose solo exhibition included a great work involving bubble makers and fire).


"For this, their fifth collaboration, artists Jonathan Monk (United Kingdom, 1969) and Ariel Schlesinger (Israel, 1980) present the piece Bits & Pieces Put Together to Present A Semblance of A Whole (twice G.O.) at the Façade Project of the Sala de Arte Público Siqeuiros. For this occasion, the artists have chosen to recapture a moment of contemporary art history where two art centers, Berlin (where Monk lives) and México City (where Schlesinger lives), converged through an early and iconic piece by Mexican artist Gabriel Orozco. Made in 1995, when Orozco was in the DAAD artistic residency in Berlin, Until You Find Another Yellow Schwalbe consisted of a poetic act of urban coincidences where the Mexican artist parked his yellow Schwalbe motorcycle besides every other identical motorcycle he encountered during his quotidian trips within the city. He then photographed the two doubles one beside the other, an act that resulted in a series of forty photographs and an exhibition. For the installation at the Façade Project, Monk and Schlesinger retake this episode created by Orozco in Berlin by staging a site-specific version created for the Mexican present day context, a remake of the original. In their version Monk and Schlesinger have parked a yellow Schwalbe in front of a mirror, eliminating the physical double (and the act of searching and finding) with a reflection. The title the artists have given to their collaboration is a direct appropriation of a text piece of American artist Lawrence Weiner, thus making by this a mashup, a collage, of two different previous artworks.

Based on the premise that in art it is almost impossible to be original, or that in any case it would be futile to have originality as a goal, Monk has appropriated, reconsidered, altered or produced sequels of works from artists like Bruce Nauman, Douglas Huebler, Ed Ruscha, Sol LeWitt, and Jeff Koons among others. As if it was a cover, a reinterpretation of a song by another band, Monk changes some details of the original pieces adapting them to present times and spaces and makes his subjectivity explicit as the new interpreter. Schlesinger sees these new versions of other artists’ works as conversations from which he retakes previously discussed ideas and expresses them differently or develops them further."