John Cage | Not Wanting To Say Anything About Marcel 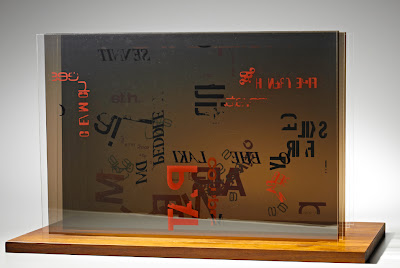 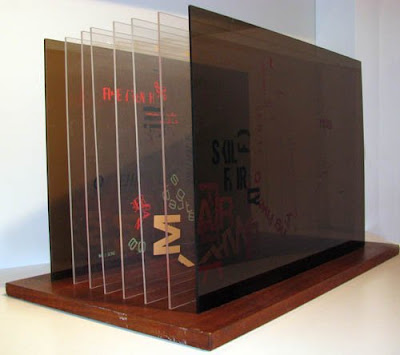 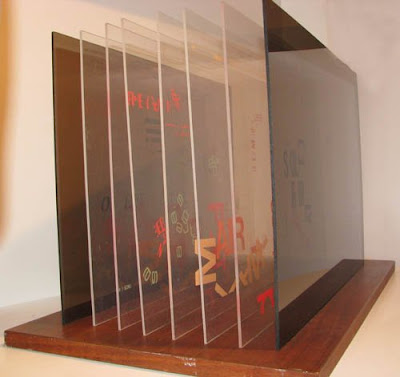 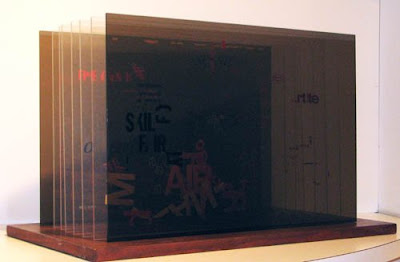 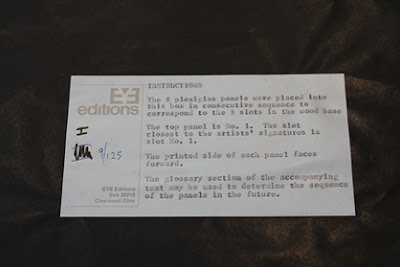 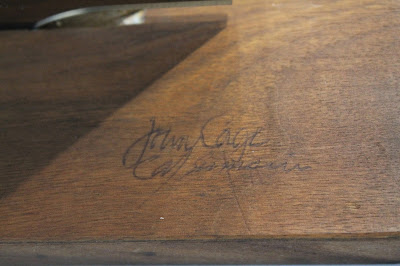 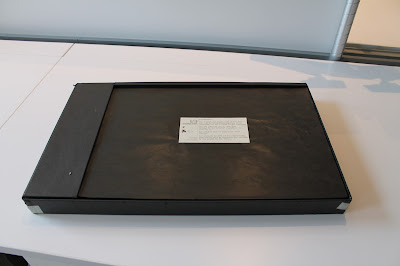 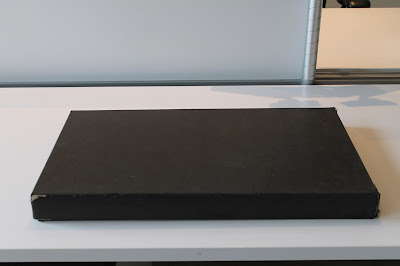 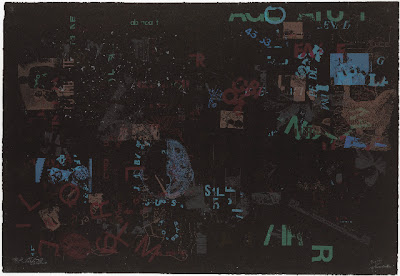 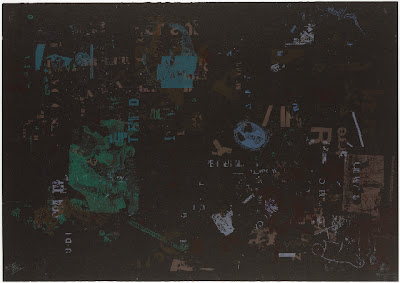 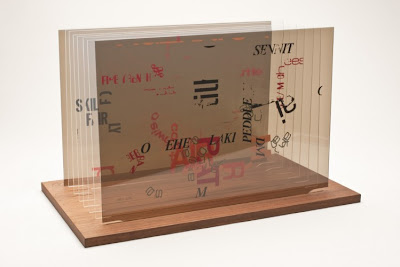 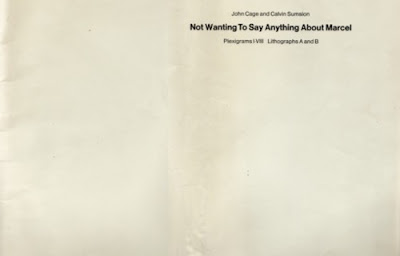 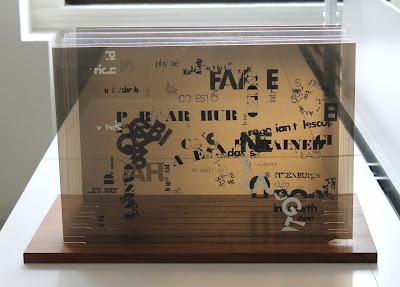 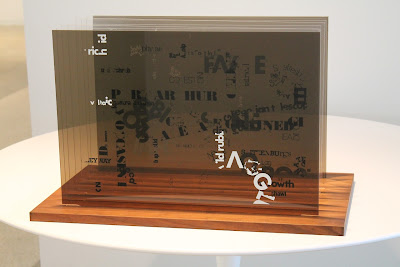 John Cage
Not Wanting To Say Anything About Marcel (Plexigram I)
Cincinnati, USA: Eye Editions, 1969
Serigraph / Screenprint, on 8 Plexiglas panels with walnut base
14.5 х 24 х 14.5 in. cm.
Edition of 125, signed and stamped

John Cage was "composer in residence" at the University of Cincinnati in 1968, when his close friend and sometime collaborator Marcel Duchamp died. A local art patron named Alice Weston approached him about producing a commissioned lithograph, as a memoriam to Duchamp. The project morphed into a series of eight silkscreened “plexigrams” panels, mounted on a wooden base, accompanied by a lithograph.

The texts were created using Cage's usual approach of "chance operations", though stories on the method differ. Some accounts have Cage consulting the I Ching (which he used regularly as a compositional tool) and others indicate that it was the 1955 edition of The American Dictionary and tossed coins that were used to yield the words, placement and typefaces. Cage collaborated with Calvin Sumsion, an artist, designer, and visual communications consultant, whose signature also appears on the work. Chance extends into the buyers' eventual display of the work, with the intention that the panels be placed in a different order each time the work is shown.

The title comes from another of Cage's friends, Jasper Johns. "I had been asked by one of the magazines to do something for Marcel," he wrote. "I had just before heard Jap say 'I don't want to say anything about Marcel,' because they had asked him to say something about Marcel in the magazine, too. So I called both the Plexigrams and the lithographs, Not Wanting to Say Anything About Marcel, quoting Jap without saying so."

The work is enclosed in a black box which measures 38 x 62.5 x 5 cm. and is accompanied by a text by Cage which describes his compositional method for creating the work.