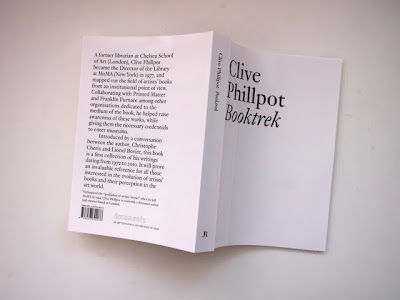 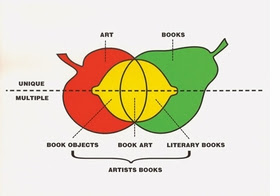 Due out next week, this volume, edited by Lionel Bovier, collects 40 years of writings on the subject of artists' books by one of the world's leading authorities.

"Clive Phillpot has been a tireless advocate for the artist’s book for more than 40 years--both as a critic, curator and editor, and in his tenure as director at the library of The Museum of Modern Art in the late 1970s, where he built the library’s collection of artist’s books and mapped out the field with influential essays that traced its ancestry and distinguished it from seemingly similar genres such as the livre d’artiste. As he has delineated the genre: “Artists’ books are understood to be books or booklets produced by the artist using mass-production methods, and in (theoretically) unlimited numbers, in which the artist documents or realizes art ideas or artworks.” Also collaborating with Printed Matter and Franklin Furnace, among other places dedicated to the medium of the book, Phillpot helped raise awareness of artists’ books, endowing them with the critical credentials to enter the collections of museums. Booktrek gathers for the first time Phillpot’s essays on the definition and development of artists’ books from 1972 to the present--historical texts, manifestos, catalogue entries and essays on works by Ed Ruscha, Sol LeWitt, Dieter Roth and Richard Long. Booktrek will prove an invaluable reference for all those interested in the evolution of the artist’s book, and offers a crucial account of the genre’s ascent." - publisher's blurb