Yoko Ono | Play it by Trust 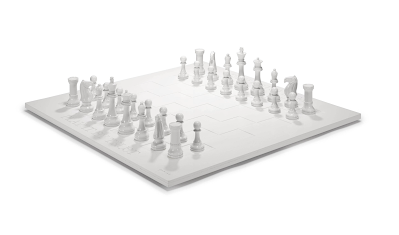 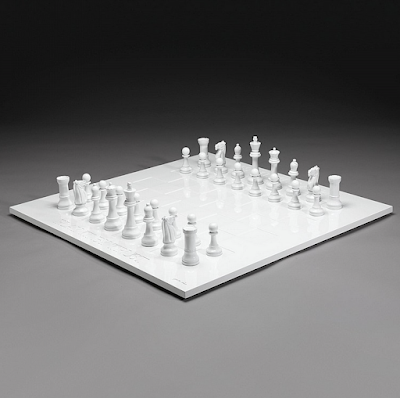 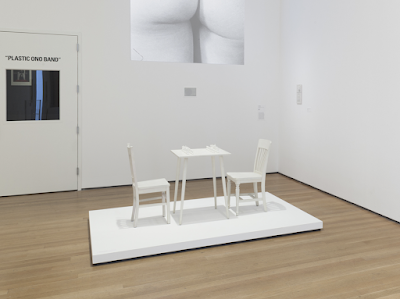 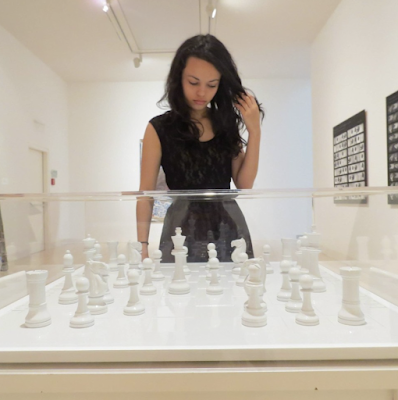 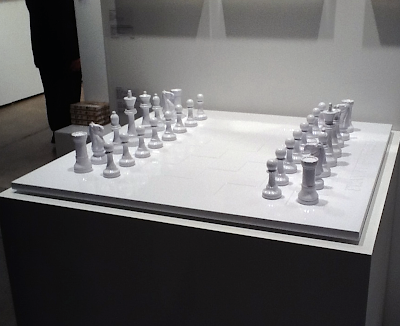 Yoko Ono
Play it by Trust
New York City, USA: Self-published, c1986
76.2 x 76.2 x 19 cm.
Edition of 8 signed and numbered copies
It'll come as no surprise here that my favorite artist-designed chess set is by Yoko Ono. Takako Saito's series of excellent chess sets disrupt the way that the game is played, but Yoko Ono's set achieves the same with a greater economy of means, a more elegant result, and a richer resonance.
The work dates back to the sixties and this 1986 edition might be the first to alter the title from White Chess Set to Play It By Trust. While this may clarify an important component for the artist, it risks reducing the readings. One might think about White Chess Set as being about the the futility of war, the joy of non-competitive play, the need for high levels of concentration, the way that memory fails us, etc. etc.  In Ono's own comments below, she speaks more about persuasion than trust.
As of 2015, two of Ono's highest auction prices ($47,000 and $116,500 USD) were both for this piece. This may have subsequently been surpassed, though it's unlikely there is another editioned work with a higher value.
White Chess Set has been exhibited as sculpture, as participatory multi-set installations, as large scale public art, etc. etc.
"When I created Play It By Trust I wasn’t thinking about Duchamp at all. Many artists have worked with chess, but they usually worked with the decorative aspect of the chess pieces. I wanted to create a new chess game, making a fundamental rather than decorative change. The white chess set is a sort of life situation. Life is not all black and white, you don't know what is yours and what is theirs. You have to convince people what is yours. In the chess situation it is simple if you are black then black is yours. But this is like a life situation, where you have to play it by convincing each other.
[...]
In the art world, work is shown in a museum and a lot of people or a few people will see it, then if it’s bought by someone, that’s the end of it, or it comes back every once in a while. So I like the idea that Play It By Trust is repeated in different places, because the environment makes a big difference to the piece. Again, it’s the concept that is the work."
- Yoko Ono
Labels: chess, Yoko Ono