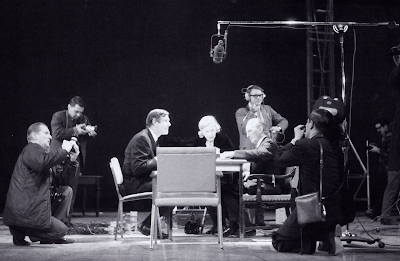 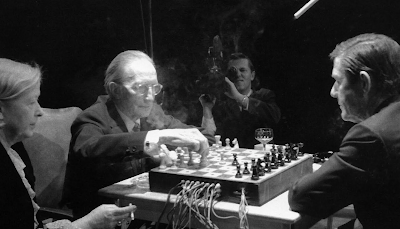 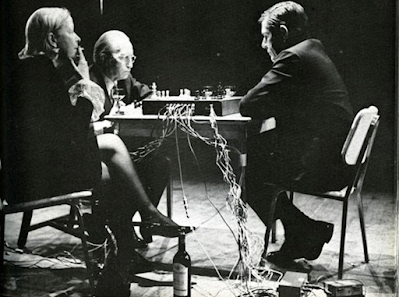 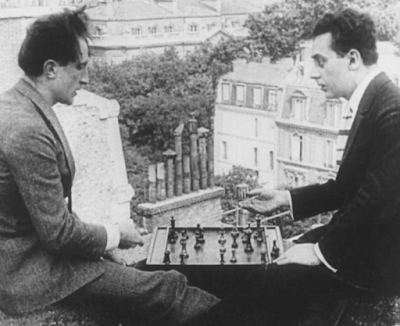 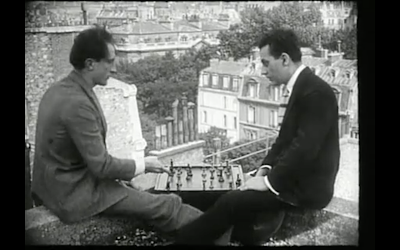 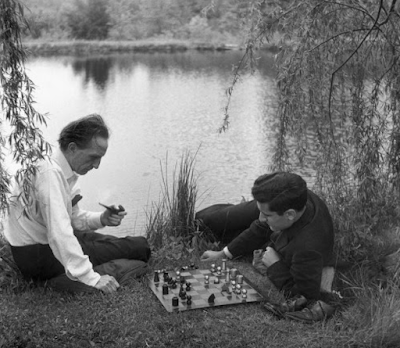 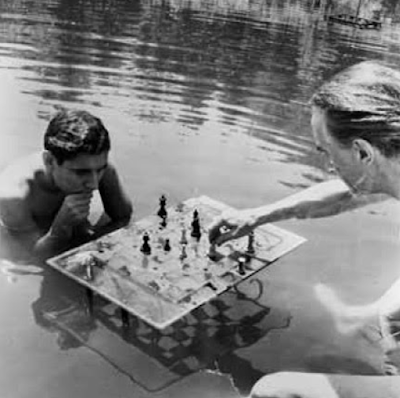 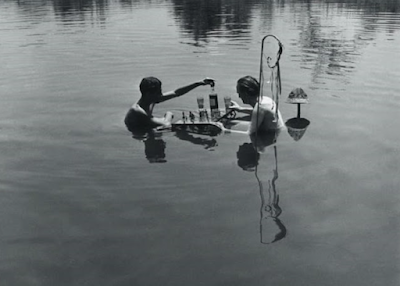 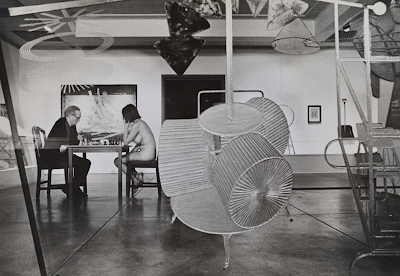 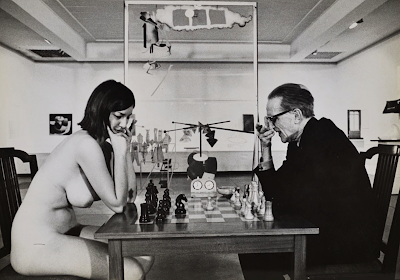 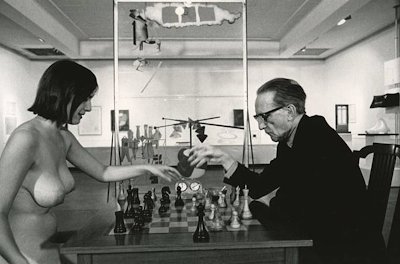 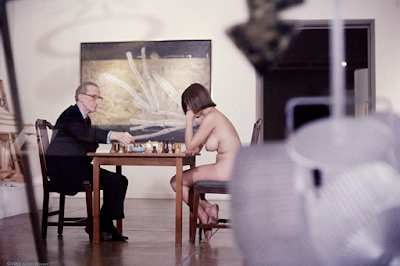 In addition to his public performance with John Cage in Toronto, Marcel Duchamp was frequently photographed or filmed playing chess.
He and Man Ray played chess on a rooftop for René Clair's 1924 film Entr’Acte. Duchamp played chess master Larry Evans in river, for Hans Richter's 1957 short film Chesscetera.
And, most famously, with artist and writer Eve Babitz, who died in December at the age of 78. The photograph of their chess match has been described by the Smithsonian Archives of American Art as being "among the key documentary images of American modern art".
"I thought I had a chance to beat Duchamp because of my tits, only it turns out I didn’t. He checkmated me in two moves. Fool’s Mate, they call it. I wasn’t trying to make art that day; I was trying to get revenge. I ended up doing both. What happened was, my boyfriend at the time, Walter Hopps [director of the Pasadena Art Museum, 31, married], had scored this great coup. He’d convinced Duchamp, who’d given up art for chess back in the 1920s, to do a retrospective with him. He threw a party for the private opening, and L.A. had never seen anything like it. Everyone, everyone, was there—Duchamp, naturally, and Andy Warhol and Claes Oldenburg and Dennis Hopper and, oh, just everyone. I wasn’t, though, because I wasn’t invited. I guess Walter was afraid I’d make a scene in front of his wife. I was mad, which is why when Julian asked me at the public opening to take off my clothes and pose for him, I said sure. I mean, my breasts were normally something to behold, but birth control had made them even bigger, so they were really something to behold at that particular moment. Anyway, the three of us were in the middle of the shoot when Walter walked in. He just stopped dead in his tracks and stared. Stared and stared. And then his gum fell out of his mouth. That’s how I knew I’d won. Maybe not at chess, but at love.”
- Eve Babitz