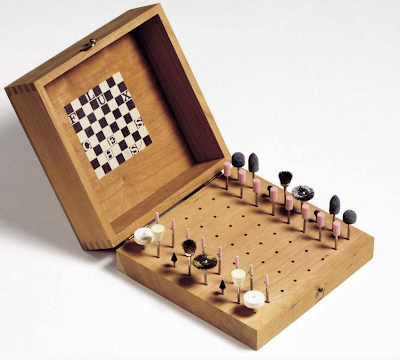 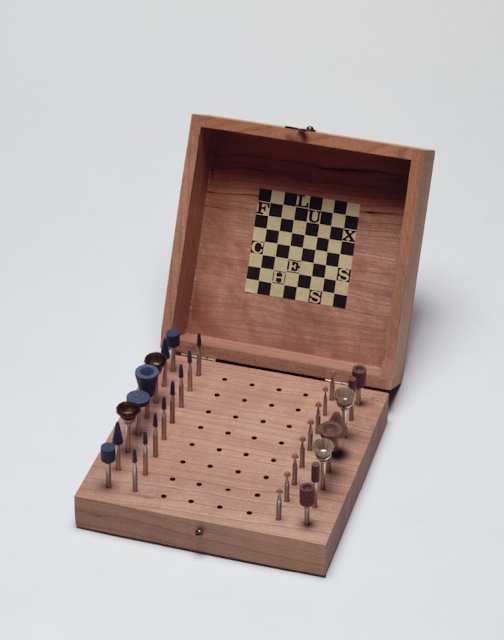 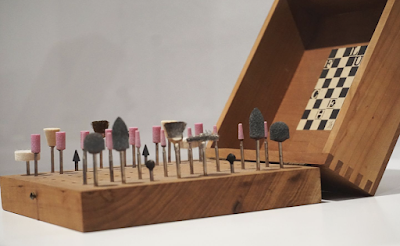 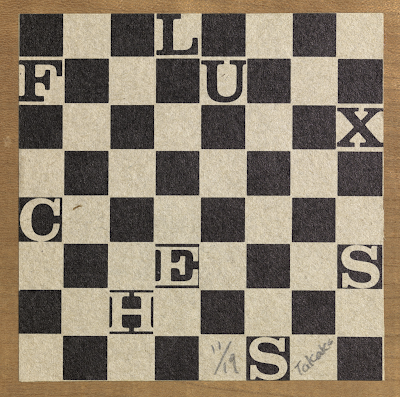 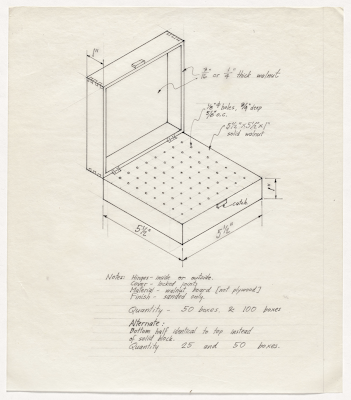 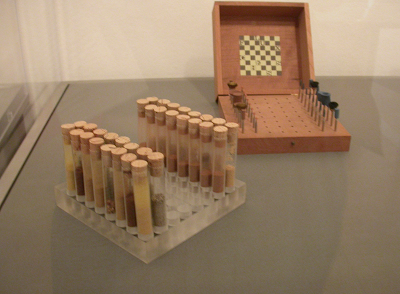 Takako Saito
Grinder Chess
New York City, USA: ReFlux, nd
17 x 17 x 7.2 cm.
Edition of 19 signed and numbered copies
I can't think of another artist who has made as many great chess board variations as Takako Saito. Her disrupted sets include games in which you identify your pieces by scent, taste, weight and sound, as well as Book Chess (1980), Nut & Bolt Chess (1964) and even wearable chess sets.
Grinder Chess isn't as conceptually strong as some of the others, but its formally great - drill bits reimagined as soldiers. The piece may be a pun on the chess term "grinder", which refers to a player with an unassuming style.
Labels: chess, Fluxus, George Maciunas, Takako Saito