Liz Knox has distilled a collection of art theory texts she is reading in grad school to the words that Microsoft Word has flagged as spelling errors. These include names well-known in art circles (Nauman, Manzoni) as well as art world jargon such as subjecthood and textualist.

Word does not even recognize the term 'curator', which I've purposely never added to its dictionary, as a (useful) reminder of how little the rest of the world cares about our activities.

The book was released late last year in an edition of 100 copies, and is available at Art Metropole. 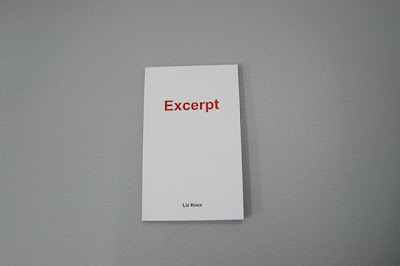 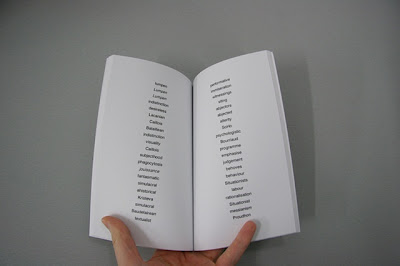 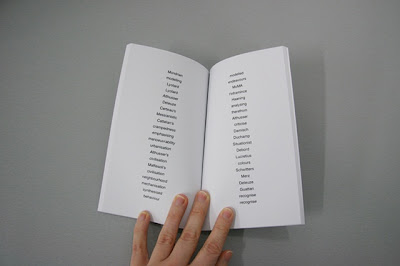 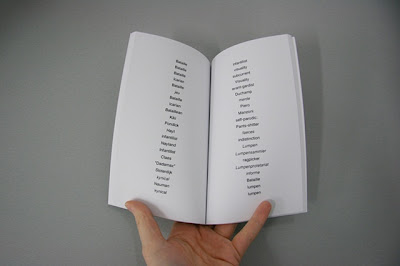