Load, the sixth studio album by Metallica, was released in 1996 and spent 4 consecutive weeks atop the charts. The album cover features a photograph by Andres Serrano called Semen and Blood III, from a series of works where the artist mixed his own semen with cow's blood, sandwiched between two sheets of plexiglass.

Lead guitar player Kirk Hammett discovered the photograph while flipping through a collection of the artist's work at the SFMOMA bookstore. "We had no concept for the album: no title, no artwork," he said, "...when I first saw the picture, I thought it looked like hot-rod flames, because I have a hot-rod-flame tattoo."

Hammett presented the image to the rest of the band and drummer Lars Ulrich was immediately supportive: "I jumped on it the second I saw it," he says. The others were somewhat more reluctant. "To Kirk and Lars, it's art, and it's so deep. To me, it's just a picture some guy took, said singer-guitarist James Hetfield, "I remember when I first saw it, it was, 'So what?' Then they told me what it was, it was: 'Oh, it's definitely more interesting to me now.' But that's about it."

His main argument against using the image was that it might have prevented big box retailers like Walmart from carrying the record: "I think it's bullshit. I want to get music to people who want it. I want it readily available for everybody. Controversy? I don't give two shits about that."

The eventual compromise was that the image was used but Serrano was credited only with "Front cover artwork." The title Semen and Blood III does not appear anywhere on the record. "We're holding back a touch; I'll cop to that," Hammett conceded at the time, "but the reason I thought it was a strong album cover was that it's a beautiful picture. It was the form, not the content, that was great. If that's what we had to do to agree on it as a band, that's what we do."

"It's entirely up to Metallica," said Serrano. "It's their right to do what they will with the image. When I was approached about this, someone said to me, 'But, Andres, don't you want control over how the image will be cropped or what the title of the album will be?' And I said, 'No, I don't.' They're artists just like I am, and I wouldn't think of interfering with their creative process."

"I'm always trying to expand my audience," he continued, and proceeded to list off other examples of his work that he thought could function as album covers. "And if a band were to be really bold, they could choose one from the morgue [series]." 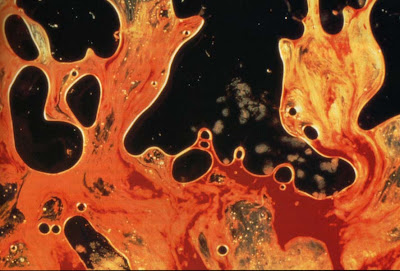 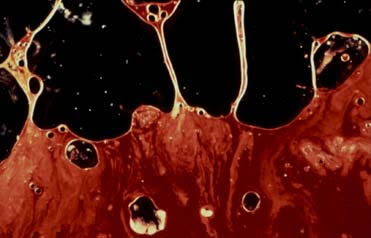 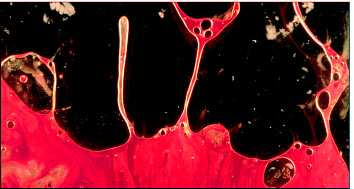 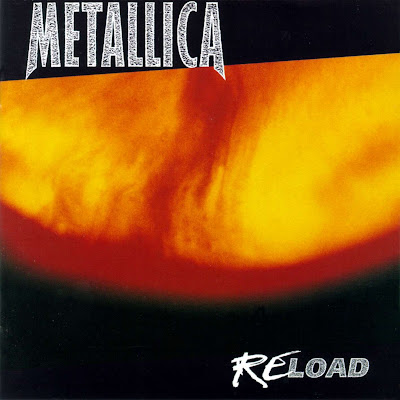 In December of 1997 Guitarworld magazine asked Hetfield if the companion album (Re-Load, released a year later) would also feature an image by Serrano:

"Yes. I hate it, but it has got to match. It's matching hatred. [laughs] I'm not a big fan of the man and his perversions. There's art and then there's just sick motherfuckers, and he's one of them. The thing is, they belong together. I don't care if the guy blows donkeys. The art has got to match."

Several years later, in an interview with Classic Rock magazine, his disdain became even less equivocal:

"Lars and Kirk were very into abstract art, pretending they were gay. I think they knew it bugged me. It was a statement around all that. I love art, but not for the sake of shocking others. I think the cover of Load was just a piss-take around all that. I just went along with the make-up and all of this crazy, stupid shit that they felt they needed to do."
Labels: ACBA, Andres Serrano, Metallica