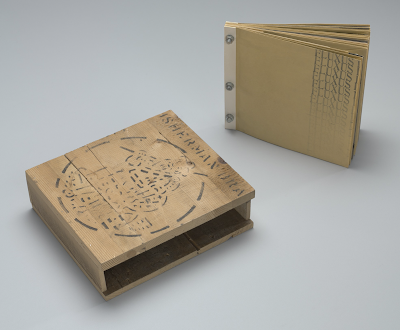 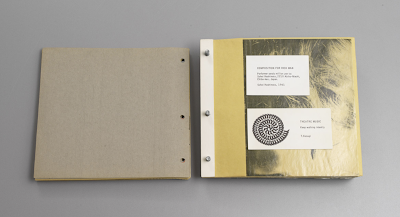 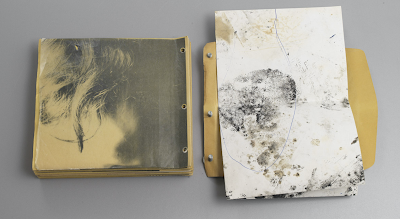 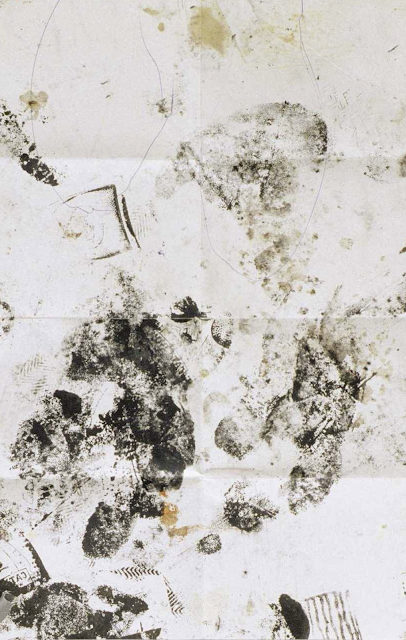 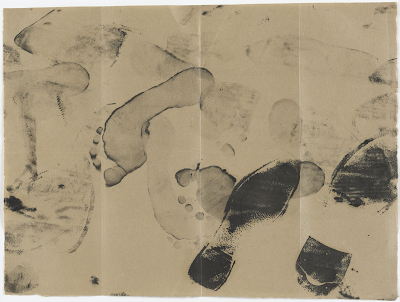 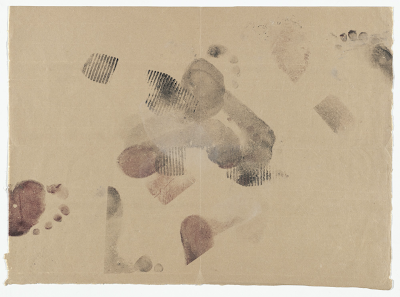 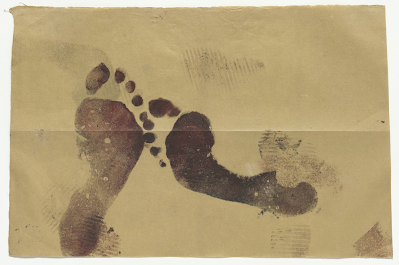 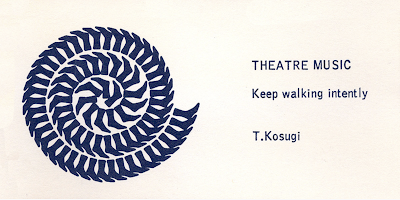 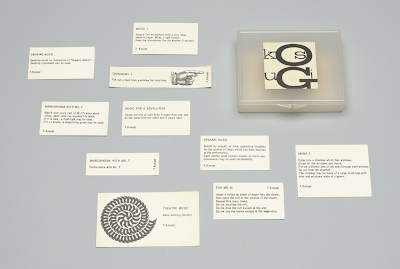 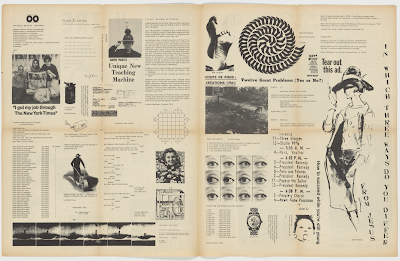 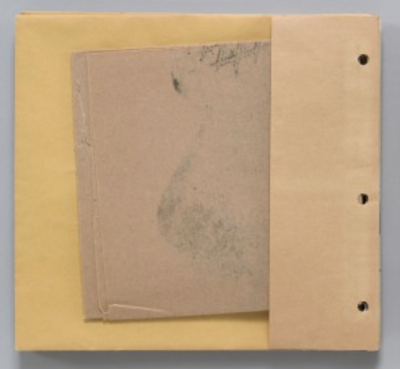 Takehisa Kosugi
Theatre Music
New York City, USA: Fluxus, 1963
card: 5.5 x 11 cm., foldout: various sizes
Edition size unknown
Most copies of Fluxus 1 contained both the score card for Theatre Music ("Keep Walking Intently") and the realization of the work: footprints on paper. The card also appears in Kosugi's boxed work Events, and is reproduced in the second Fluxus newspaper.
The George Maciunas designed graphic of seventy-three boots in a spiral pattern (which always brings to mind Eleanor Antin's 1973 work 100 Boots, below) is among his more iconic images.
A recent book on walking in the arts takes its title from the Kosugi work: Keep Walking Intently: The Ambulatory Art of the Surrealists, the Situationist International, and Fluxus, by Lori Waxman (2017).
The Fluxus 1 realization of the composition is similar to Yoko Ono's Painting to Be Stepped On.
"In Theatre Music the performer is concerned with a simple unity of time, space and bodily movement. The persistence ("Keep", "Intently") takes on a savagely physical character in Music for a Revolution: "Scoop out one of your eyes five years from and do the same with the other eye five years later"."
- Michael Nyman,  Experimental Music: Cage and Beyond 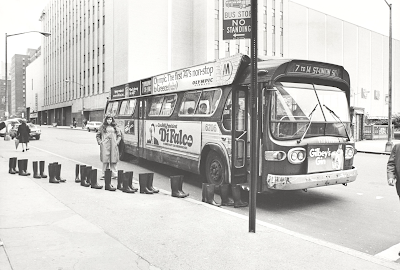 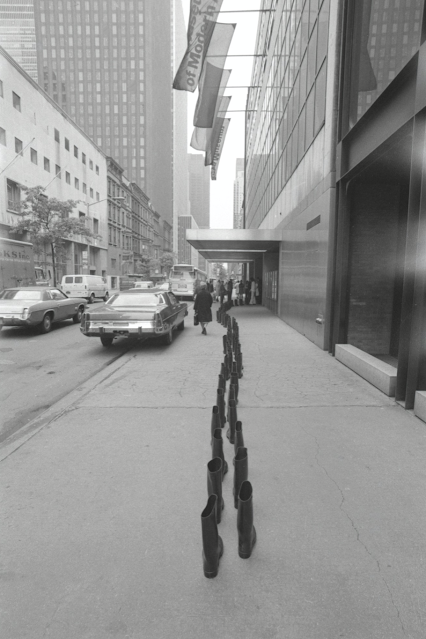 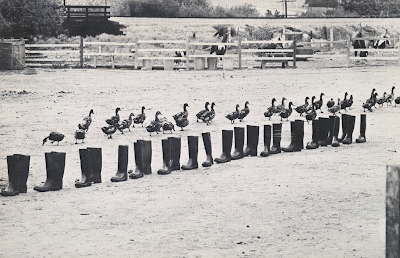