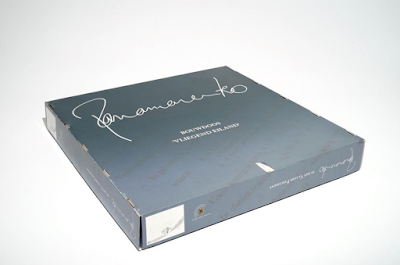 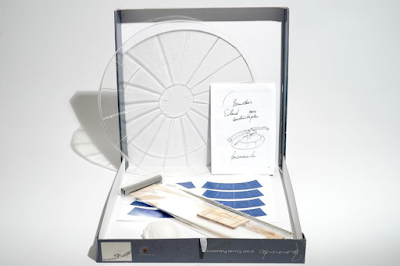 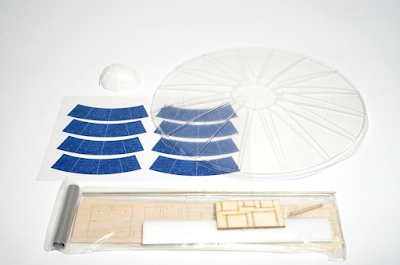 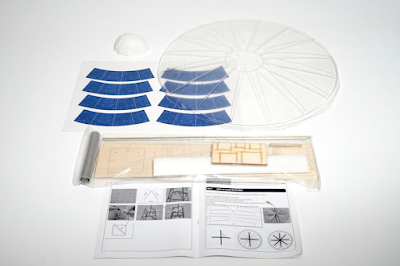 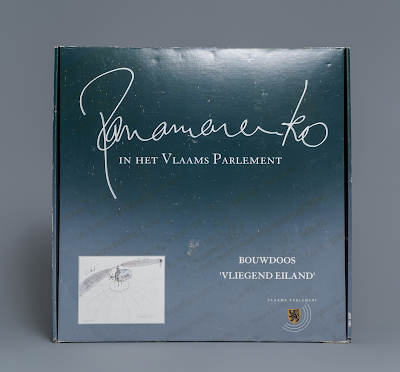 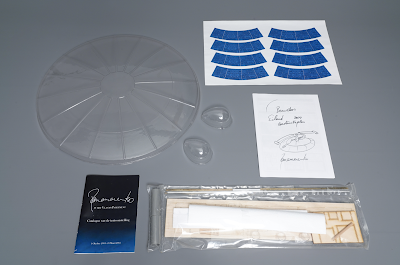 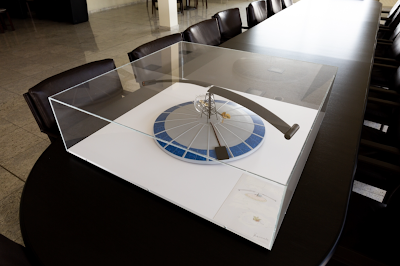 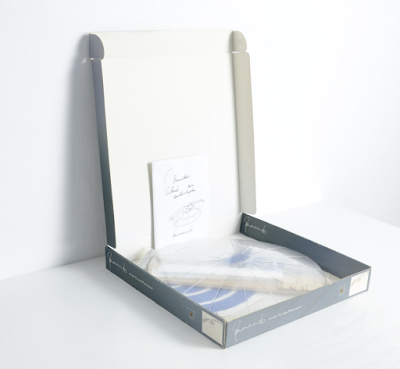 Vliegend Eiland (or Flying Island) is a do-it-yourself sculpture model kit published to coincide with the exhibition ‘Te land, ter zee en in de lucht’ at the Flemish Parliament in 2004. The work originated at this scale and was later commissioned as a public artwork with a wingspan of 17 metres.

Many of the artist's works were about aircrafts (including my favourite of the Stadtisches Museum boxed works) and his chosen moniker is short for Pan American Airlines Company.

Panamarenko died Saturday, at the age of 79.