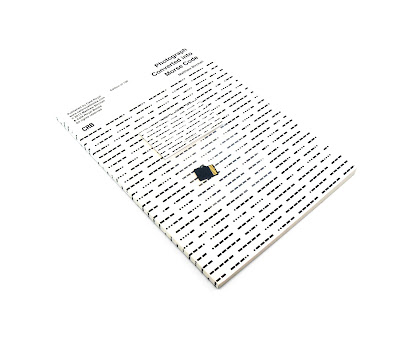 In 2012, Café Royal Books produced Birchall's Photograph Converted into Base64 Code in an edition of 100 copies, as part of their publishing award. A photograph of a sculpture, made as part of an installation, converted into Base64 code, a binary-to-text encoding scheme that represents binary data in an ASCII string format by translating it into a radix-64 representation.

For this follow-up title, Birchall worked with Morse Code society members, to translate the digital code of a photographic image file into Morse Code. Developed in 1836 by Samuel Morse, Morse Code served as an alphabet for the electrical telegraph system, which had to transmit language using only pulses and the silence between them.

It subsequently became used with both light and sound and mine rescues have even employed pulling on a rope  to communicate - a short pull for a dot and a long pull for a dash.When written, the alphabet is represented with dots, dashes and spaces, as per the below chart.

Birchall and the society members translated the photographic file into 98 pages of Morse code. Alongside the printed book, on a micro SD card, is a 44 hour audio version, which as he says “if you used as your ringtone, you’d be the coolest person in town”. 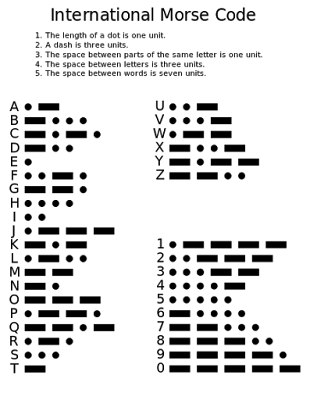