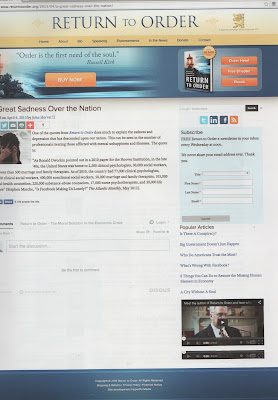 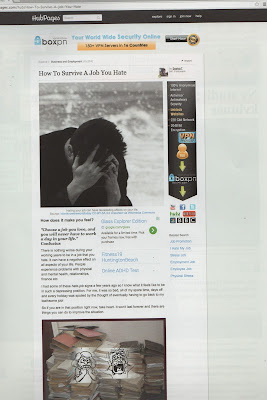 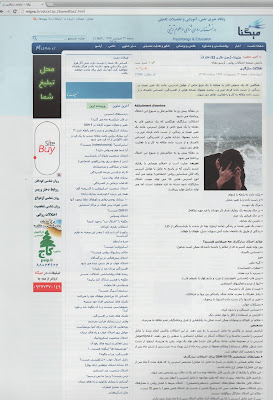 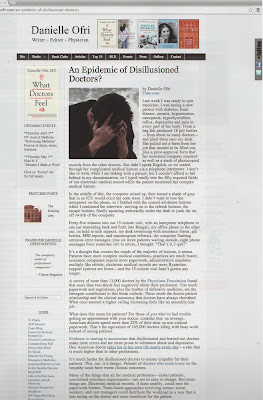 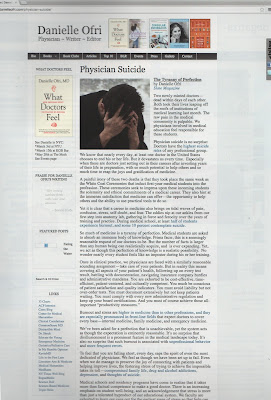 Perhaps my favourite media-intervention work since Hans Eijkelboom's brilliant 1978 piece In The Newspaper (in which the artist managed to appear in his local newspaper for ten consecutive days), David Horvitz' Mood Disorder traces the life of a self-portrait as stock photograph.

The artist describes the work as follows:

"A photograph of me crying early in the morning on the beach in the far rockaways that is placed onto the english wikipedia page for mood disorder and then used by various websites as a free stock to illustrate what it looks like to feel bad."

The image, based on studies of stock photographs that depict depression and sadness, portrays the artist dressed in black, head-in-hand, with tumultuous crashing waves in the background. It refers back to Horvitz' 2012 bookwork Sad, Depressed, People and to the 1970 Bas Jan Ader work that inspired it, I'm Too Sad To Tell You (below).

Horvitz uploaded his image as a high resolution file on the 17th of May, 2012 and licensed it as Creative Commons, enabling its free distribution, without restrictions. This meant that any online journal, news site or blog with a budget too small to allow commissioned or licensed images could simply use Horvitz' self-portrait.

Presumably through the use of a reverse-image search function, Horvitz is able to keep tabs on the ever-expanding use of the photograph. An ImageVirus of the sort that General Idea predicted years ago with their AIDS logo.

This new oversized glossy magazine published by Chert, Motto and New Documents collects seventy examples of the photograph's use, and presents them as screen grabs, alongside the existing context (adjacent articles, links, sidebar and banner ads, etc.). This publication was preceded by a 32 page, black and white xerox booklet made in an edition of 150 copies, and issued by Shelter Press in 2013, which took a similar approach.

Mood Disorder builds on a number of other Wikipedia interventions by the artist. Public Access (2010) was a road trip peppered with self-portraits at every public beach along the Californian coast, uploaded to the various Wikipedia pages until the editors caught on and began removing them, eventually banning Horvitz and his various "sock puppet" aliases.

Also removed from the site, was the artist's intervention into the Karl Marx page. Horvitz uploaded a photograph of the socialist's memorial at Highgate Cemetary in London, a tombstone carved with a quote from the posthumously published Theses on Feuerbach: "The philosophers have only interpreted the world in various ways—the point however is to change it." Horvitz' hand could be seen entering the right side of the frame.

The latter gentle prank was issued as part of the artist's Studio Rent Editions. Each month Horvitz produced a work in an edition of ten, priced at one-tenth the cost of his monthly rental costs for his Brooklyn studio. The works (typically signed and numbered) were $33.00 each in 2010, and the price was raised the following year by a dollar. In 2012 he relocated again and the rent - and subsequently the editions - became slightly cheaper. His dedication to the pricing model was maintained for a month where he had no costs (he was participating in a residency, if I recall correctly): the works were given away for free. 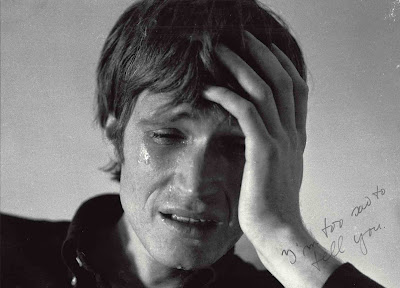 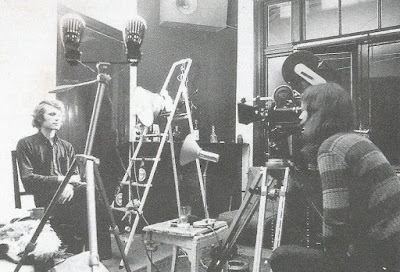