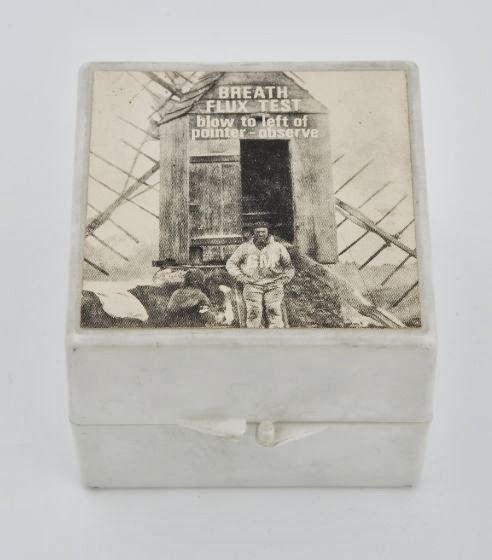 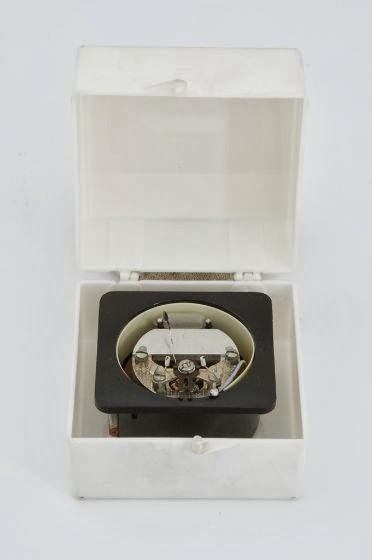 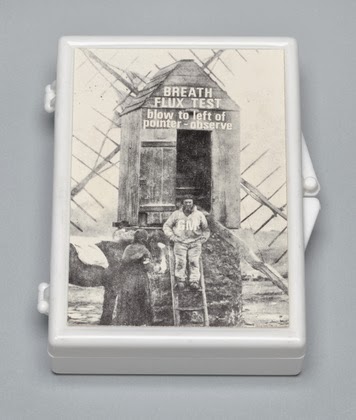 Announced in correspondence from Maciunas and in several Fluxus newsletters and price lists dating from 1972 to 1976, the work is thought to date back to the late sixties. The same graphic is used for both rectangle and square boxes (the white square, top, seems to be the same as those used for Yoko Ono's Box of Smile).

"A friend of mine who is paid restitution from the German government must go to the Consulate every six months to sign an affidavit that she is still alive. Perhaps the intention of Breath Flux Test is to show that you are still alive."