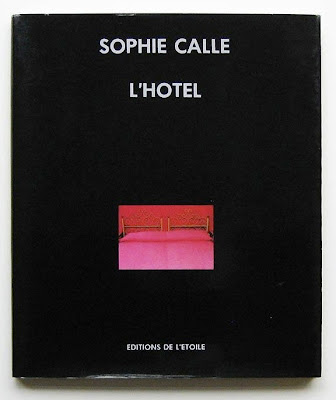 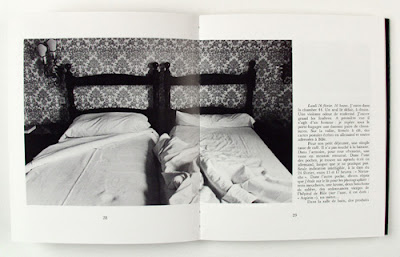 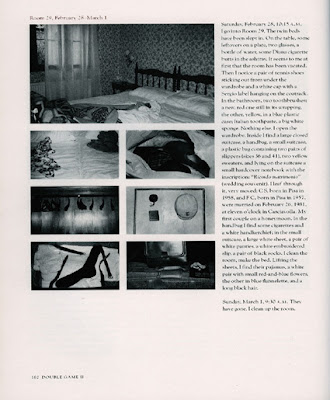 In 1981 Calle found work as a chambermaid for three weeks, in a Venice hotel, in order to  construct narratives about the lives of the guests that stayed there. With access to their rooms, she examined, itemized and photographed their belongings, read their personal writings and documented the condition that they left the rooms in. Released three years later, the book contains her observations in the form of a surveillance log, accompanied by her photographs.