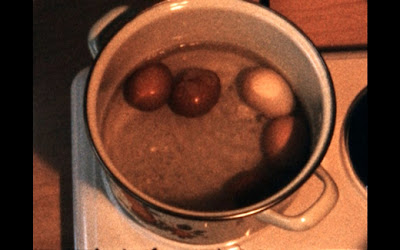 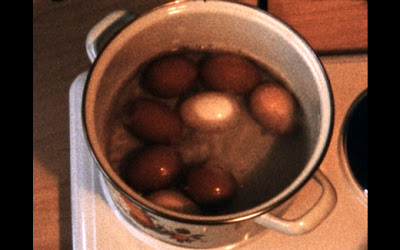 Packaged in a hand-painted black cardboard box, with a signed certificate of authenticity, the Super 8 films Soft Boiled Egg(s) are based on the duration of a Super 8 film cartridge and on the time it takes to cook an egg. In a same pan, Monk adds an egg every two and a half minutes. The first film in the edition documents the single egg, for the second film another egg is added. Edition number 10/10 features all ten eggs cooking.

«I like boiled eggs and I couldn't escape from them! - for me they represented the beginning of something... in this case the egg and not the chicken» - Jonathan Monk