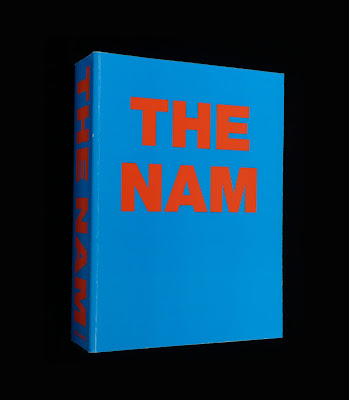 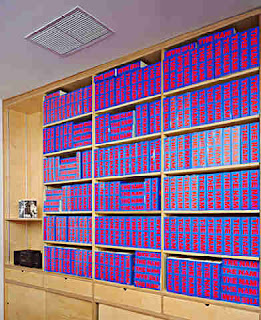 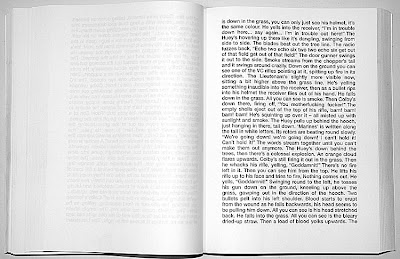 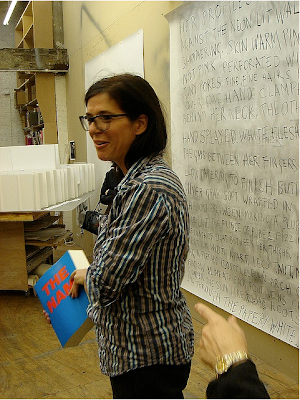 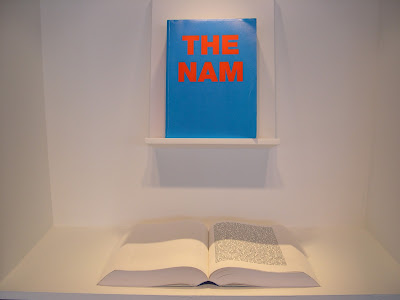 The Nam is a thousand pages of continuous, undivided text (280,000 words) in which the artist describes six Vietnam War movies simultaneously: Apocalypse Now, Born on the Fourth of July, The Deer Hunter, Full Metal Jacket, Hamburger Hill, and Platoon. After a proofreaderconcluded that the book was unreadable Banner had posters printed declaring it as such.

"This is not just an artist’s book but a multiple. It is insistently an object: its 1,000 leaves on 80 gsm Redwood Part Mechanical paper, in an intimidating pave 28 x 21 x6 cm format, weighs 2.388 kg. It defies traditional assumptions about the book and text; it is un-paragraphed, un-paginated and un-chaptered. It could be a flip book but it fails to generate the main characteristic of that format since any kinetic qualities are dulled by the almost constant appearance of the page. The heavy 16/17 point Helvetica typeface hammers out an unrelenting, breathless present – we are there too, but not there, can never be there, trapped in a simulation of a simulation.

If the artist’s task is to take us see the world around us differently, Fiona Banner’s The Nam, like Douglas Gordon’s slowed films, interrogates the nature of film (or is it video? One suspects the text might have been generated from the freezed frames of that medium) and our experience of it. What is cinema? What isn’t? Does the audience constantly remake the film it watches? How does the written text relate to sound (further problematized by the taped pieces of the installation) and vision? This audience, at least, remains spellbound."