Marcel Broodthaers | The Manuscript Found in a Bottle 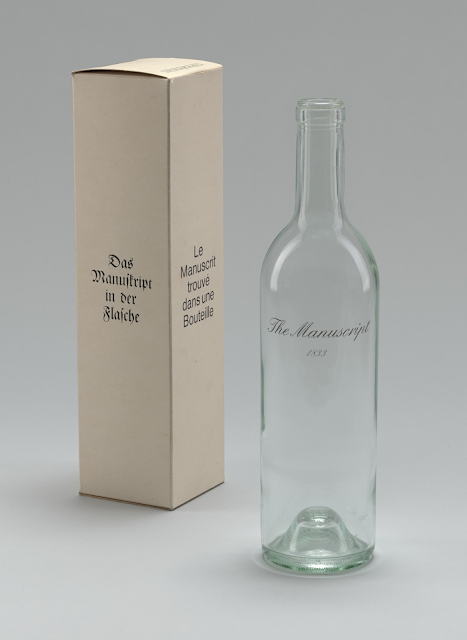 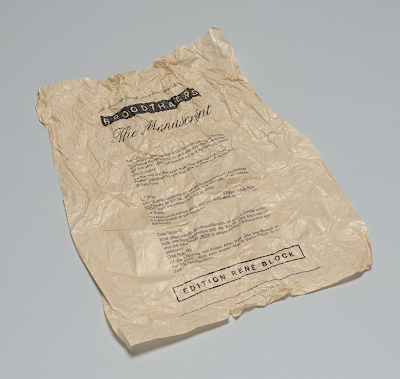 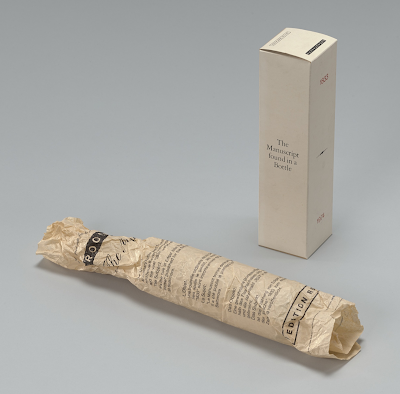 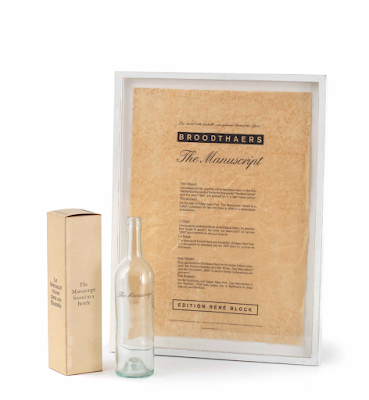 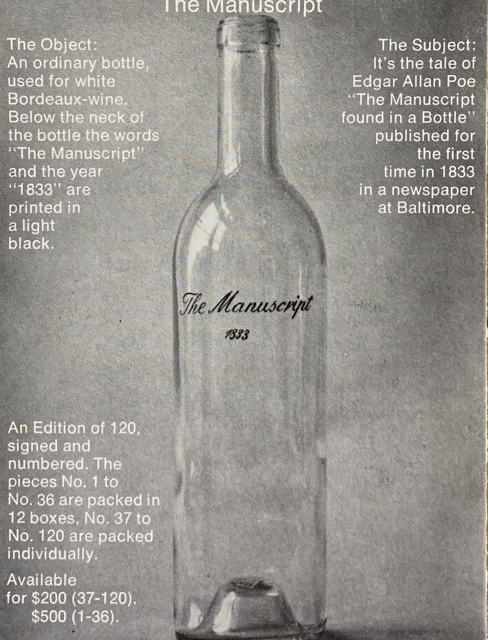 Broodthaers had made several works both involving wine bottles and referencing Edgar Allan Poe long before he made this edition for René Block less than two years before his death at the age of 52.

The text on the bottle refers to "MS. Found in a Bottle", a short story by Poe about an unnamed narrator on a capsized cargo ship who pens a manuscript and casts it out to sea. The author's first published fiction, the story won first prize - and fifty dollars for the struggling writer - from a newspaper prose contest. It was published in the October 19, 1833, issue of the Baltimore Saturday Visiter. The story can be read here, in it's entirety.

Broodthaers tautological work consists of an empty wine bottle (empty of both wine and manuscript), boxed with an accompanying crumbled page. Originally priced at $200 (see advertisement, above), a copy sold at Christies auction house two years ago for 10,625 Euros.