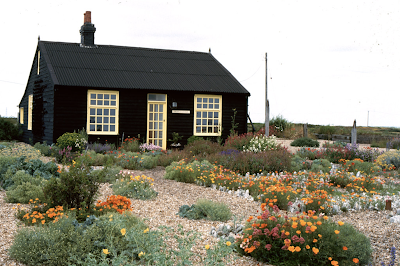 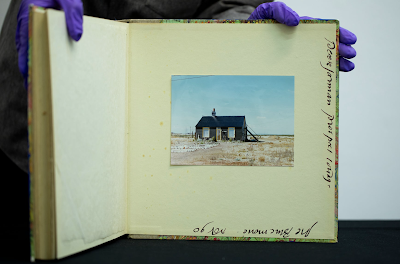 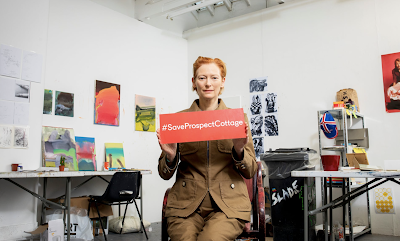 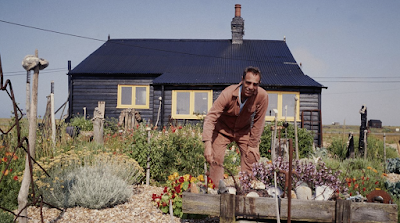 “The word unique is overused, but this really is a unique environment, it’s a unique building,” said artist Jeremy Deller, speaking of filmmaker Derek Jarman's Prospect Cottage. “Within it you can see his thought processes, you can see his work and it is all in such incredible condition . . . He deserves to have this kept as it was.”

Deller and fellow artists Tacita Dean and Wolfgang Tillmans have produced works available as incentives for the fundraising drive to help preserve the home and famous garden in Dungeness, a hamlet on the coast of Kent, England.

The National Heritage Memorial Fund has pledged $981,000 and there's another $654,000 from the Art Fund, and $327,000 from the Linbury Trust. This figure must be doubled to provide for the cottage’s long-term care, so that residencies and tours of the property can still take place.

Tillmans and Dean both provided prints and Deller produced a button based and sticker series, which are available for a donation of £25. Dean said Jarman was an artist who touched many, “whether we’re stone collectors or gardeners or gay activists or just activists, or film-makers or painters … he was remarkable.”

"Paradise haunts gardens, and some gardens are paradises. Mine is one of them,” said Jarman, who purchased the home in 1986. Following his death eight years later, it was maintained by his partner Keith Collins until his passing in 2018. The garden was made by arranging flotsam washed up nearby, interspersed with endemic salt-loving beach plants, both set against the bright shingle. Published posthumously, Derek Jarman's Garden features writing by the artist and photographs by Howard Sooley. It's available from Amazon, here.

“First and foremost, the cottage was always a living thing, a practical toolbox for his work,” said Swinton (pictured above) at the launch of the fundraising campaign. Jarman had given the actress her first role, in his acclaimed 1986 film based on the life of Baroque painter Michelangelo Merisi da Caravaggio. The film also provided the debut for actor Sean Bean.

Jarman's other films include Edward II, The Garden, Jubilee, and Wittgenstein. His final film, Blue, was produced after he was blinded from AIDs related complications. The seventy-nine minute film features a saturated blue still as it's only visual.

Jarman also produced music videos for Bryan Ferry, Marianne Faithful, Throbbing Gristle, Suede, The Pet Shop Boys and Patti Smith. His short film The Queen Is Dead, was later edited to provide The Smiths with videos for their songs "Panic", "Ask", "There is a Light that Never Goes Out" and the title track.

The fundraising drive will continue another 67 days. Pledge here: