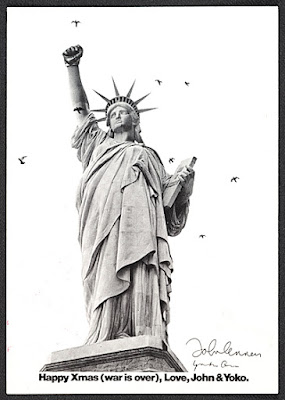 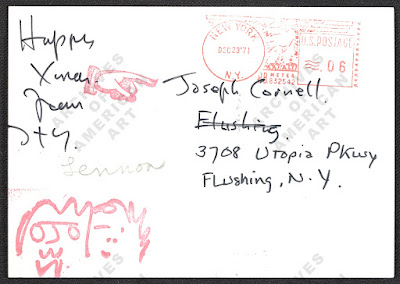 From the Archives of American Art, Joseph Cornell papers: a Christmas card sent from Yoko Ono and John Lennon to Joseph Cornell, on his second last Xmas (he died December 29th, the following year).