Every Building In The Sunset Strip 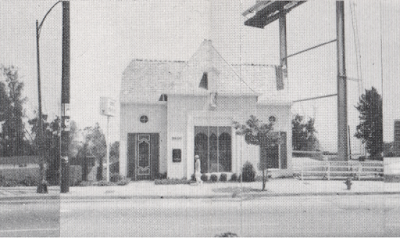 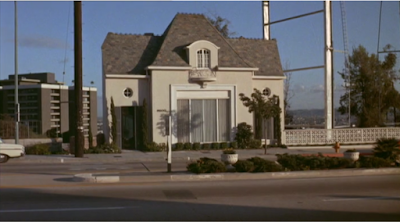 More about the book soon, once I've documented it, but here's the press release for the exhibition, which opens Saturday:

MKG127 is very pleased to present Every Building In The Sunset Strip, an exhibition of new work by Dave Dyment.


Dave Dyment's fourth solo exhibition at MKG127 explores the relationship between architecture, the automobile and the camera lens, while paying tribute to an influential artists' book that celebrates it's fiftieth anniversary next year. In Zoomscape (2014), historian Mitchell Schwarzer argues that most architecture is now viewed "through the windshield of a moving vehicle" or "through the images of cameras, movies, and television programs--that is, through the lens of another's eye." Nowhere is this more true than in Los Angeles, the epicentre of North American filmmaking and driving. In 1966 Ed Ruscha produced one of the most revered artists' books ever, by driving along the Sunset Strip and documenting each building with a camera on a tripod in the back of his truck. The long-celebrated work has undergone recent reevaluation in the wake of Google Maps: "It's as if the car were itself part of the camera apparatus, generative of another means of framing experience" (Jaleh Mansoor, 2005).

Dyment's project remakes the book, twice: as text, unearthing stories about every building in Ruscha's Strip, and by amassing a comprehensive collection of images from film and television. Unlike the deliberately dispassionate portraits by Ruscha, the film-stills and anecdotes feature crime, car chases, romantic entanglements, and riots. Taken sequentially, they suggest an intertwined narrative while presenting an historic overview of the famous two-and-a-half kilometre stretch of the boulevard.

Dyment's work often involves exhaustive research and the use of cinema as archive, mining film for found imagery, shared associations, narrative tropes, and historical and fictional through lines.  Several recent projects have investigated 'location' in cinema, as does a forthcoming featuring-length video titled Substitute City. His work has been exhibited across the country and elsewhere, mostly recently at the University of Waterloo Art Gallery and the Montreal Biennale. Examples of his work can be seen at www.dave-dyment.com