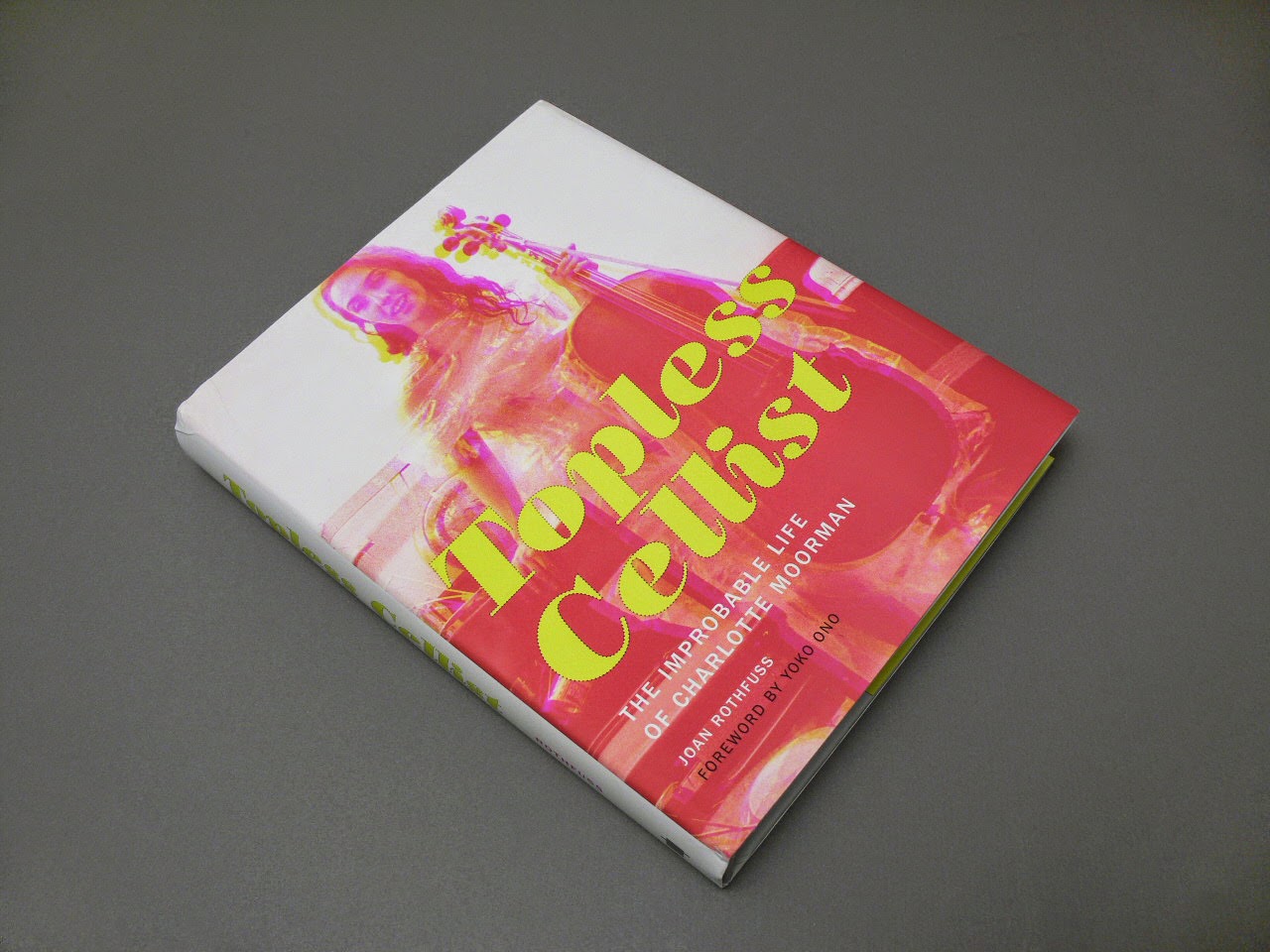 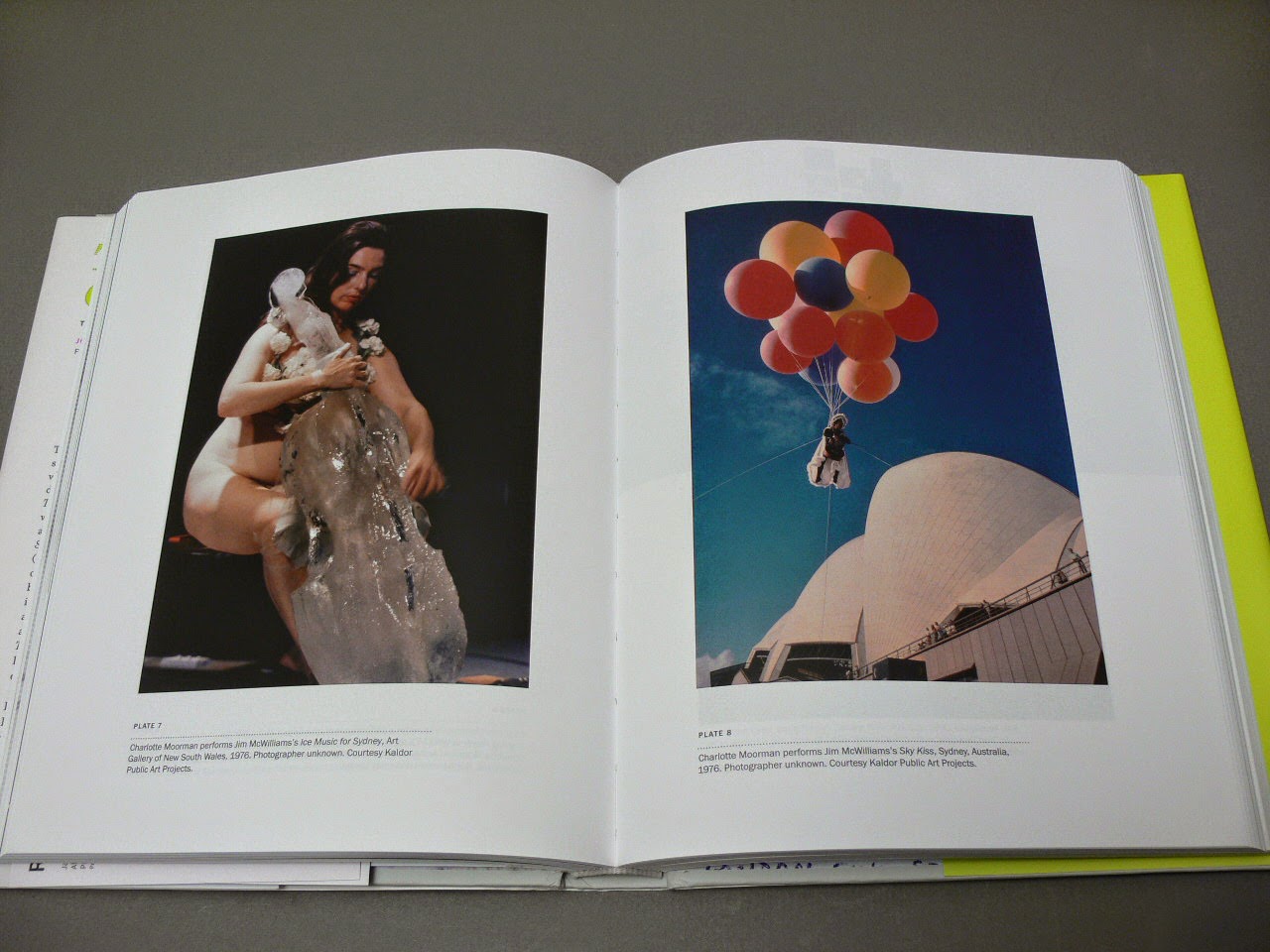 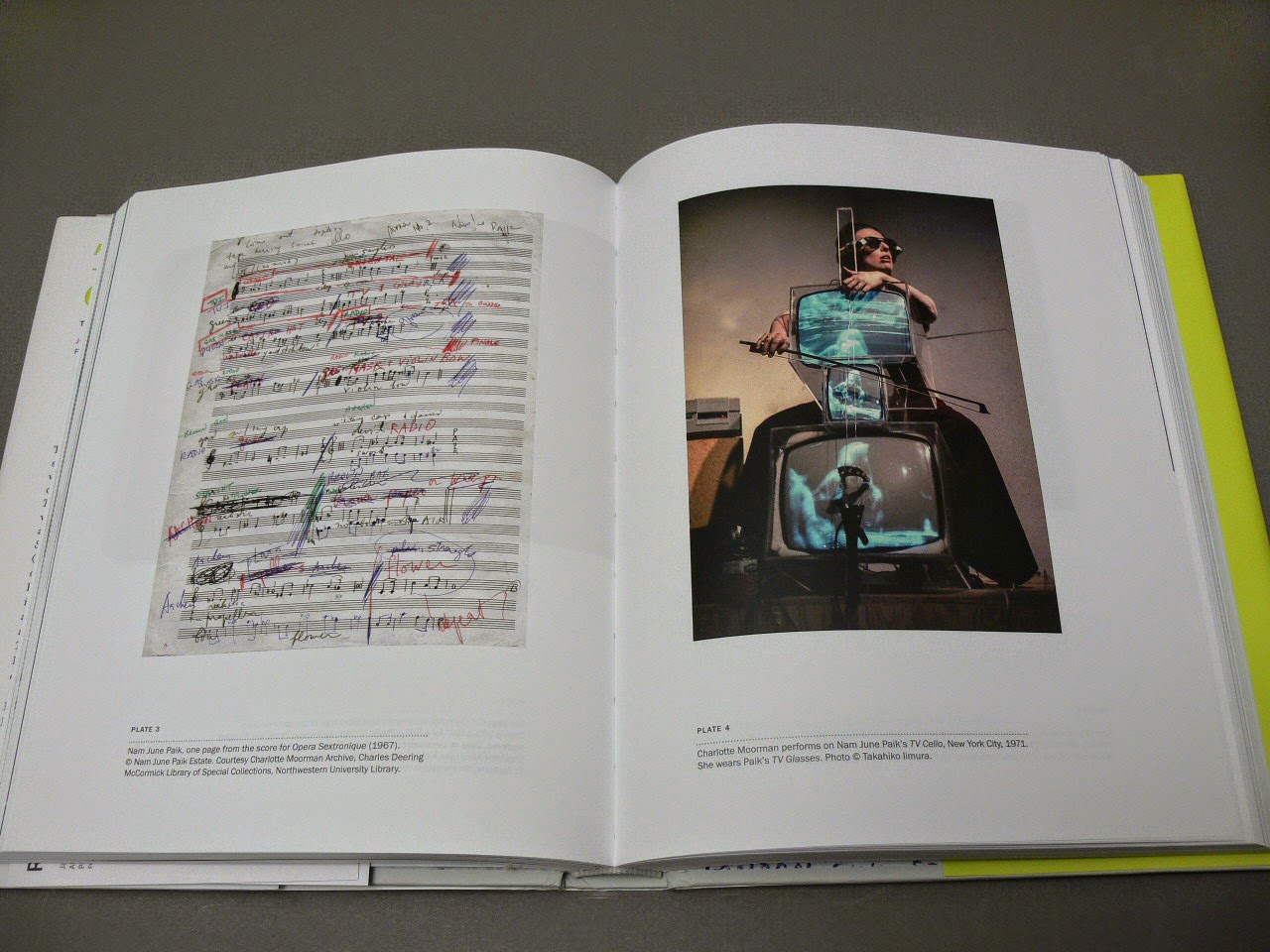 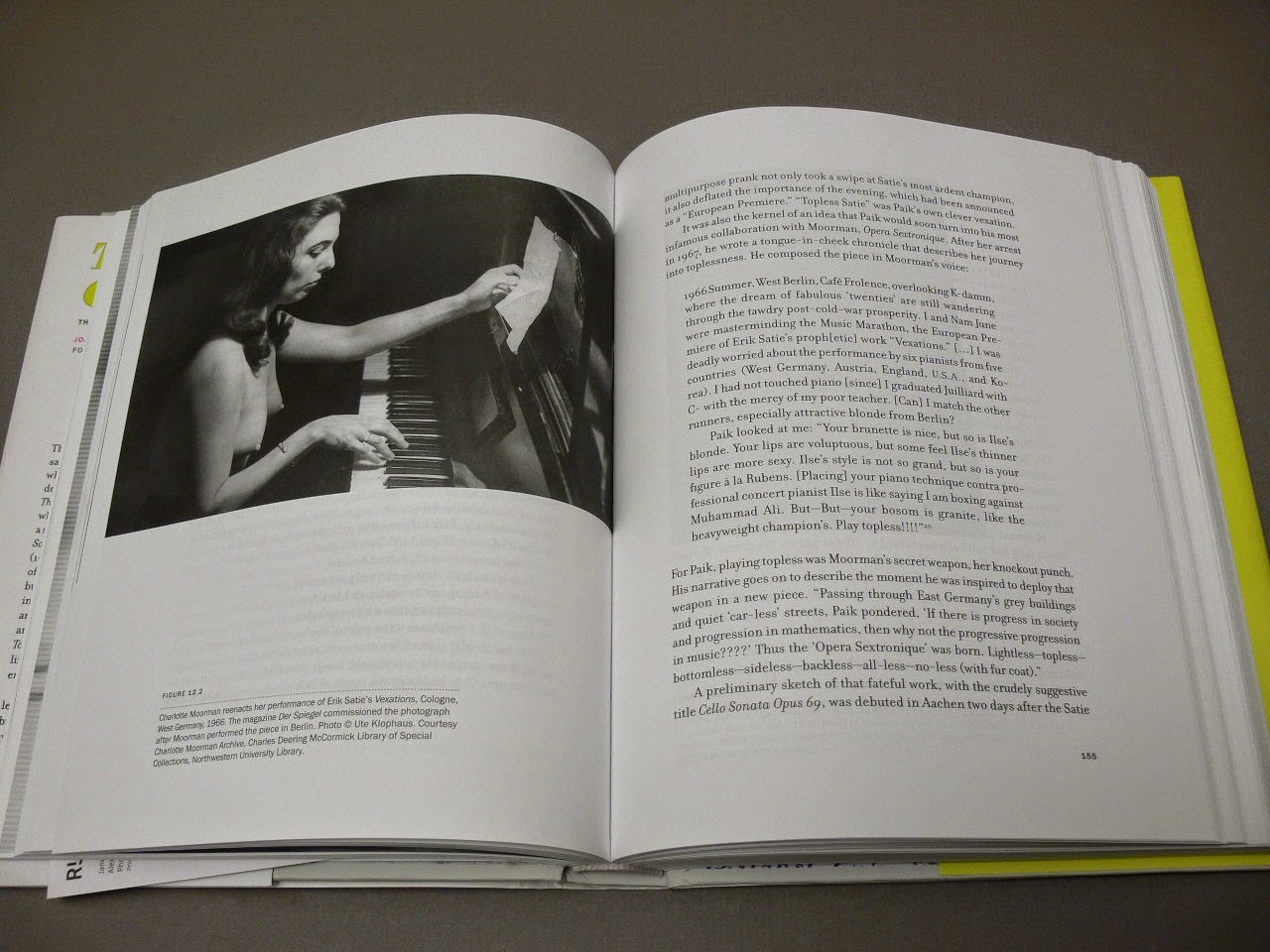 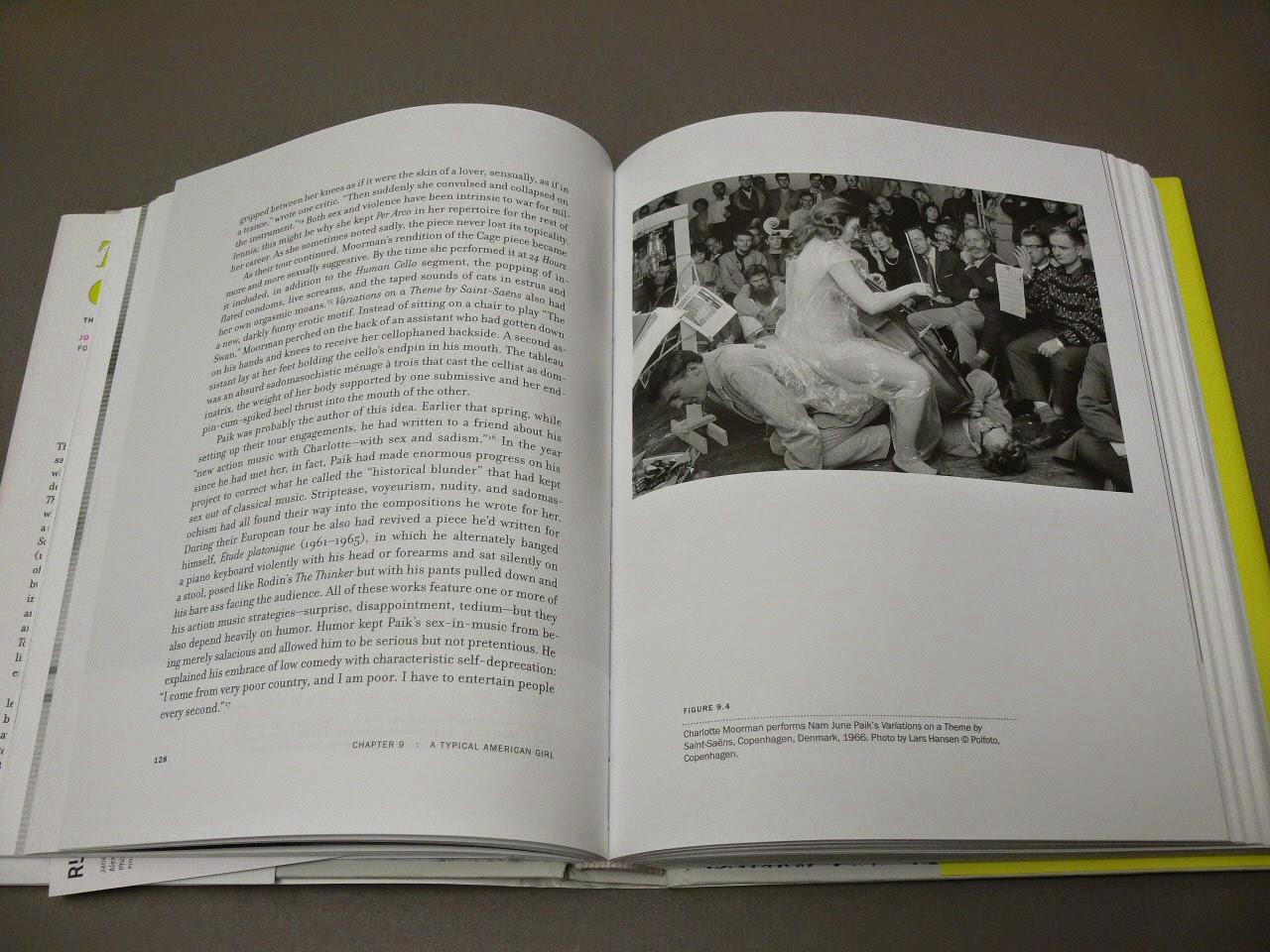 Carefully researched and profusely illustrated with a hundred black and white photographs, this portrait of Moorman
chronicles her life from her youth in Little Rock, Arkansas (where she won “Miss City Beautiful” in 1952) through her notorious career as an artist and musician to her death from cancer in 1991.

The book documents her performances, many of which saw her playing the cello in various states of undress. She also performed nude for Nam June Paik's Sonata for Adults Only and for Cut Piece, by Yoko Ono (who contributes the Introduction to the book). She also collaborated with John Cage, Joseph Beuys and several Fluxus artists, though none rival her life-long artistic partnership with Paik.

Topless Cellist takes its name from a 1995 video Paik made in tribute to Moorman. Its title comes from a 1967 performance for which the pair achieved widespread notoriety. Paik had long felt that music was behind literature and painting in part because of the "purge" of sexuality. For his Opera Sextronique at the Film-Makers Cinematheque in New York, Moorman was to perform movements on the cello in various states of undress.

During the first movement of four movements, Moorman played Elegy by Jules Massenet wearing a bikini outfitted with blinking lights. For the second movement, she played International Lullaby by Max Matthews, topless. She was arrested mid-performance by three plainclothes police officers in the audience and charged with indecent exposure. The charges were dropped but she was fired from the American Symphony Orchestra. Moorman and Paik restaged the event for filmmaker Jud Yalkut's camera, though the film was not permitted to be shown in court.

Even without the scandalous performances, Moorman's place in New York's Avant Garde history was secured when she founded the Annual Avant Garde Festival in 1963. "No official could refuse her dream of an Avant Garde festival our city precincts", said friend and collaborator Carolee Schneemann, who also called her "bold, irrepressible and courageous". The Festival continued (though not exactly annually) until 1980.

Mooreman was diagnosed with breast cancer in the late 1970s. She underwent a mastectomy and continued performing through the 1980s, her health deteriorating. She died in New York City on November 8, 1991, at the age of 57.

The just-released title is available from the publisher, here. For more information on Moorman, see previous post, here.