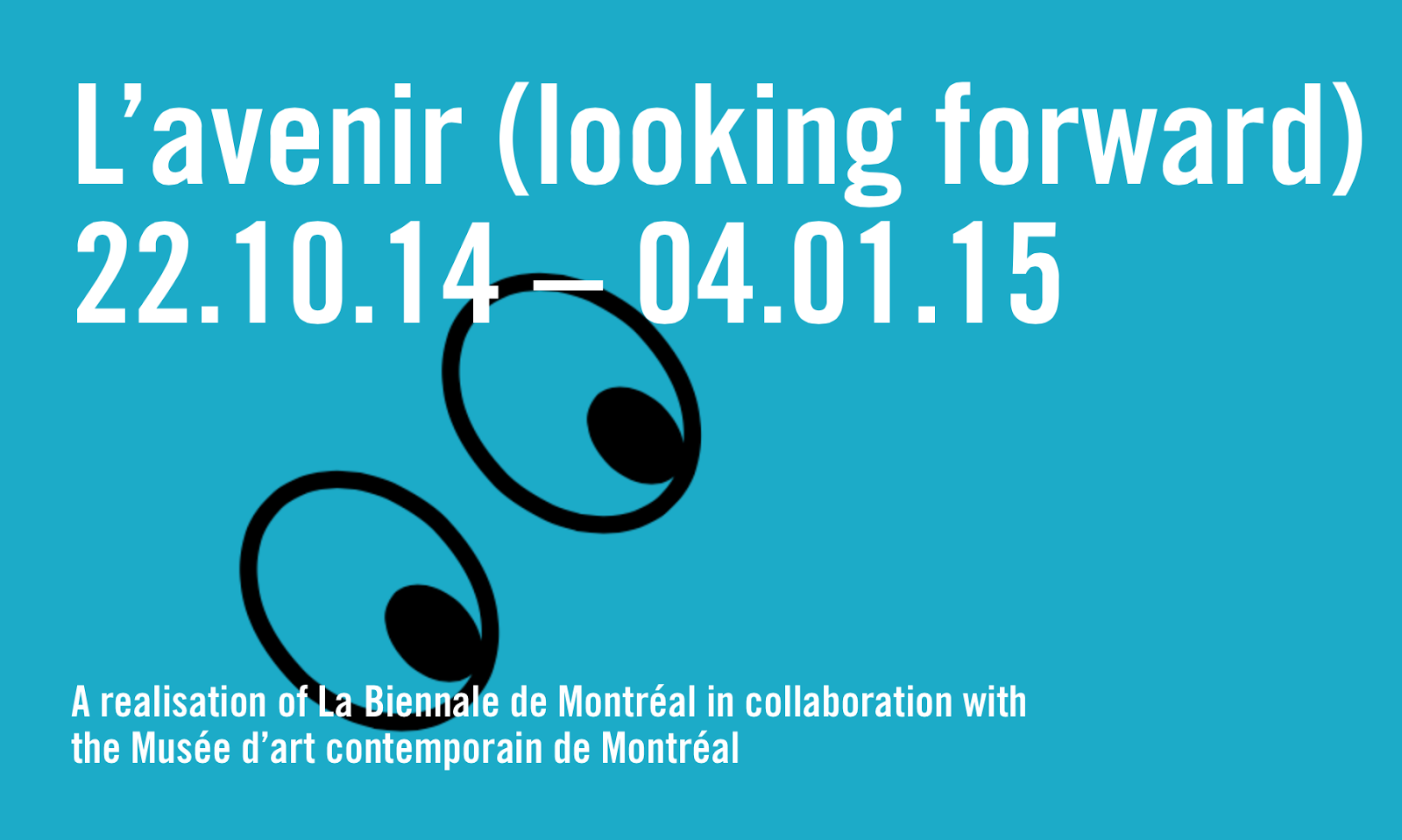 The Montreal Biennale opens next week, at various locations throughout the city. Titled Looking Forward, it is curated by Gregory Burke and Peggy Gale and "examines the relationship of contemporary art practices to speculation, futurity and its history, as well as the currency of projecting into the future."

I have two works in the show, one at the Musée d’art contemporain de Montréal and the other at Arsenal. One is an edition and the other is a video about to be editioned (I'm putting the final touches on the packaging this week).

A Drink To Us [When We're Both Dead] is a barrel of scotch whiskey buried six years ago, which will remain underground for another ninety-four. The spirit is available for sale now. Buyers receive a foil-stamped linen box which contains an empty wooden box, with the whiskey unavailable until 2108. The box includes a map to the unmarked site in the Glenfiddich warehouse in Dufftown, Scotland, a contract outlining the terms and conditions and a "100 Year Diary", featuring relevant excerpts from the blog I kept for the three months I was there (here).

Any buyer old enough to purchase it now will be long dead when the scotch is available, so the work must be passed on to a descendent.

For more information about the Biennale, visit the site, here. 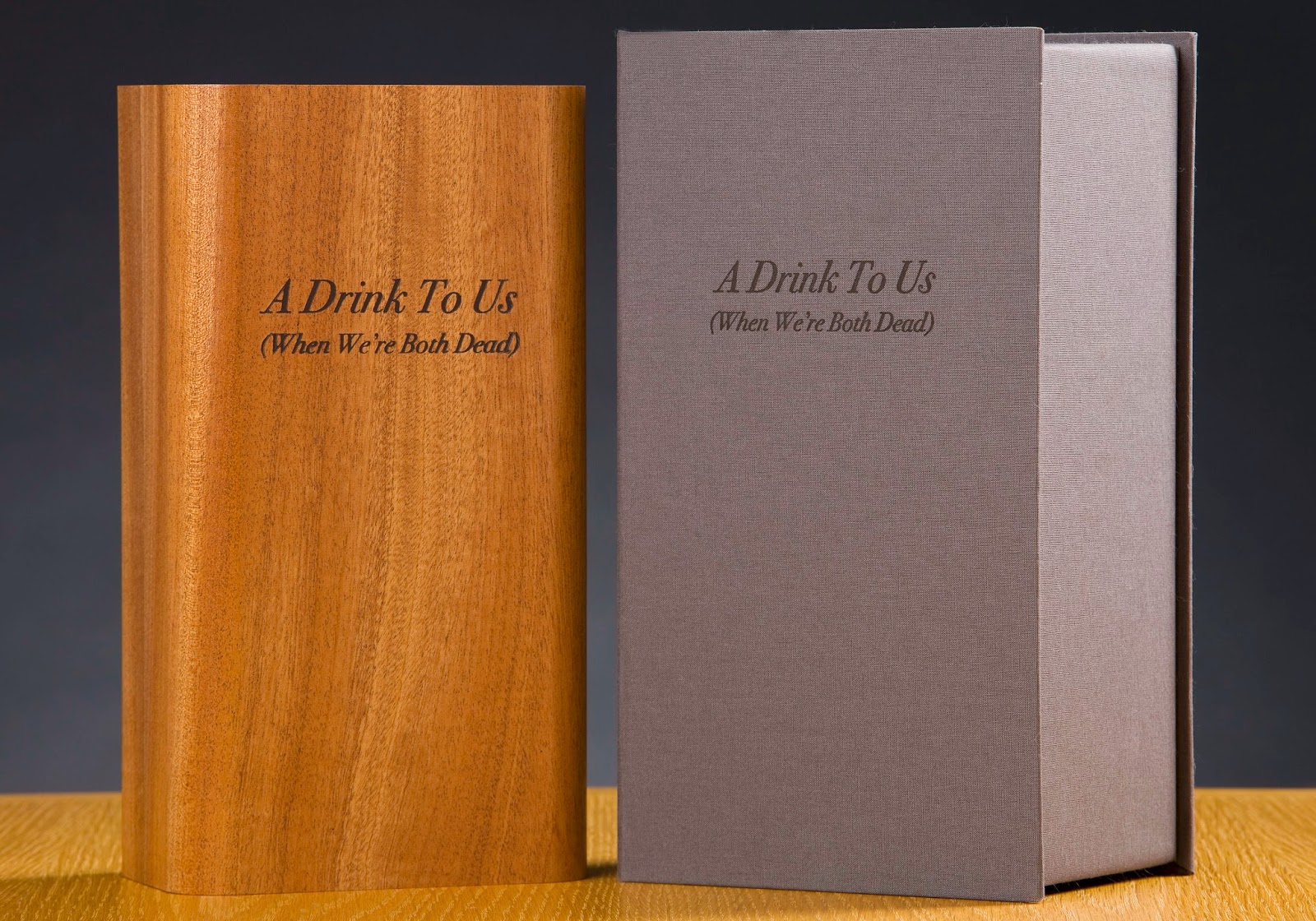 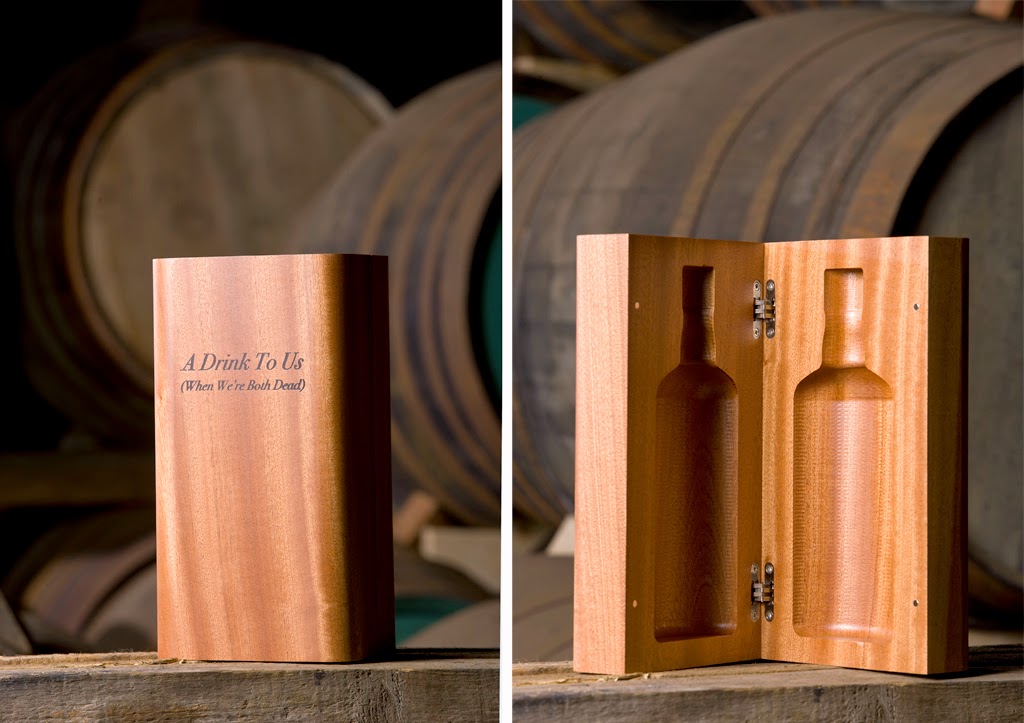 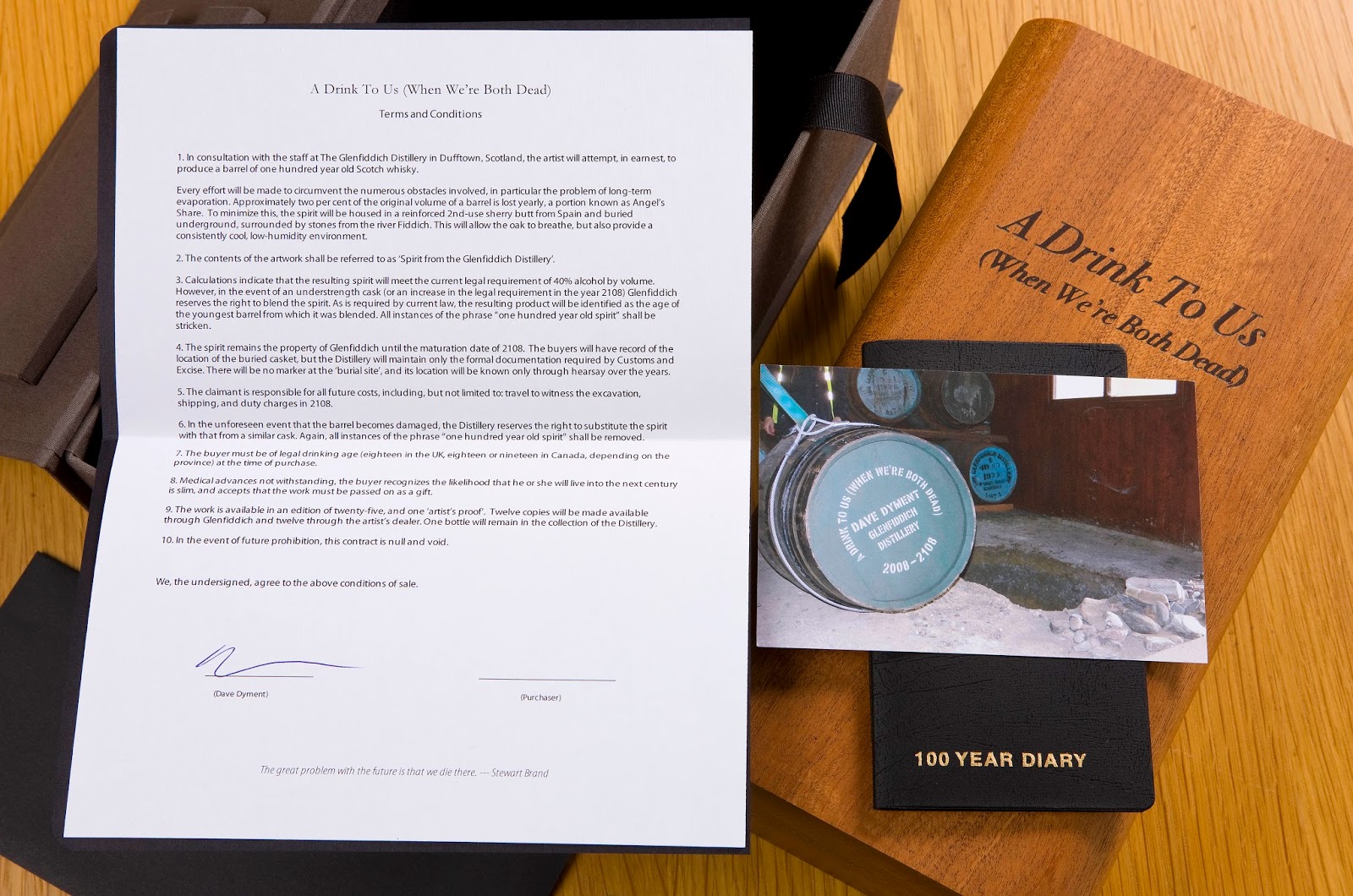