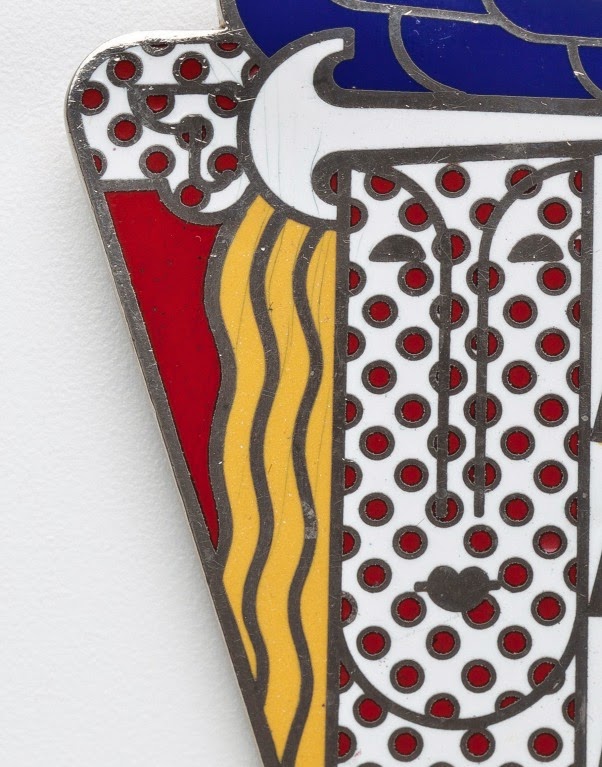 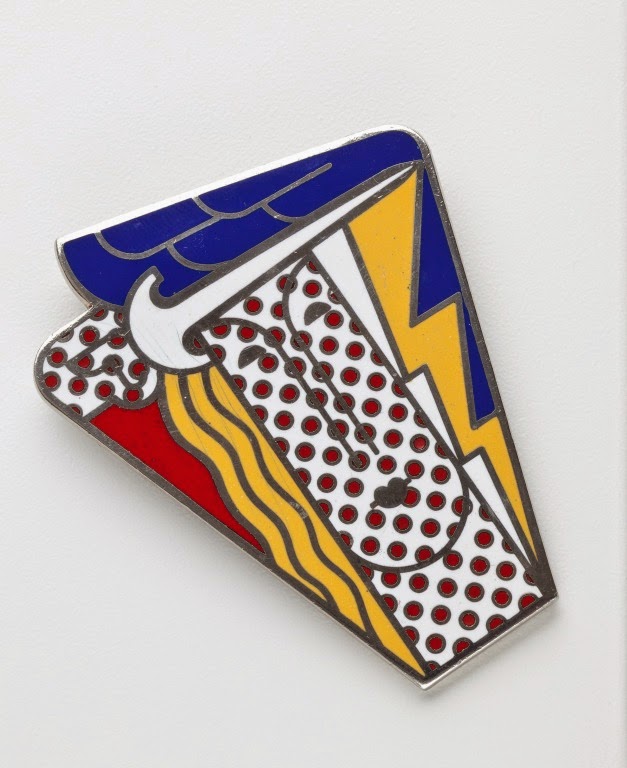 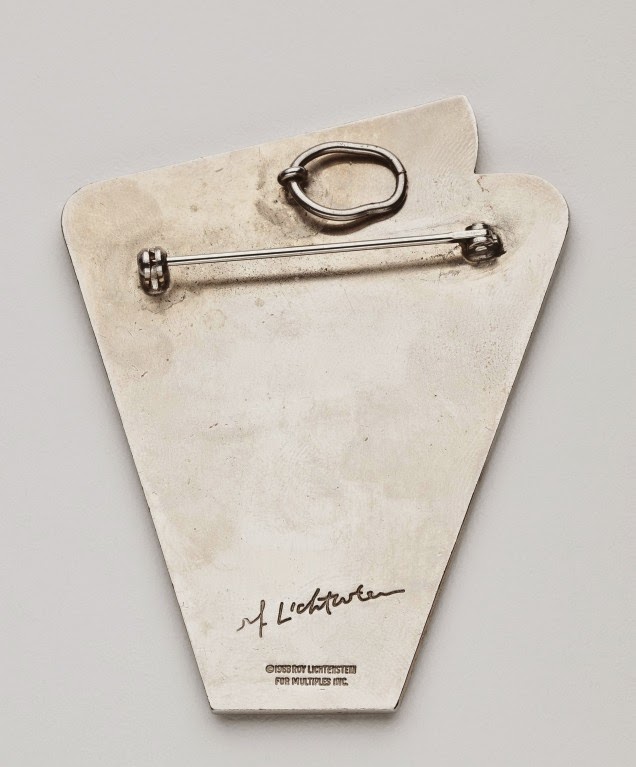 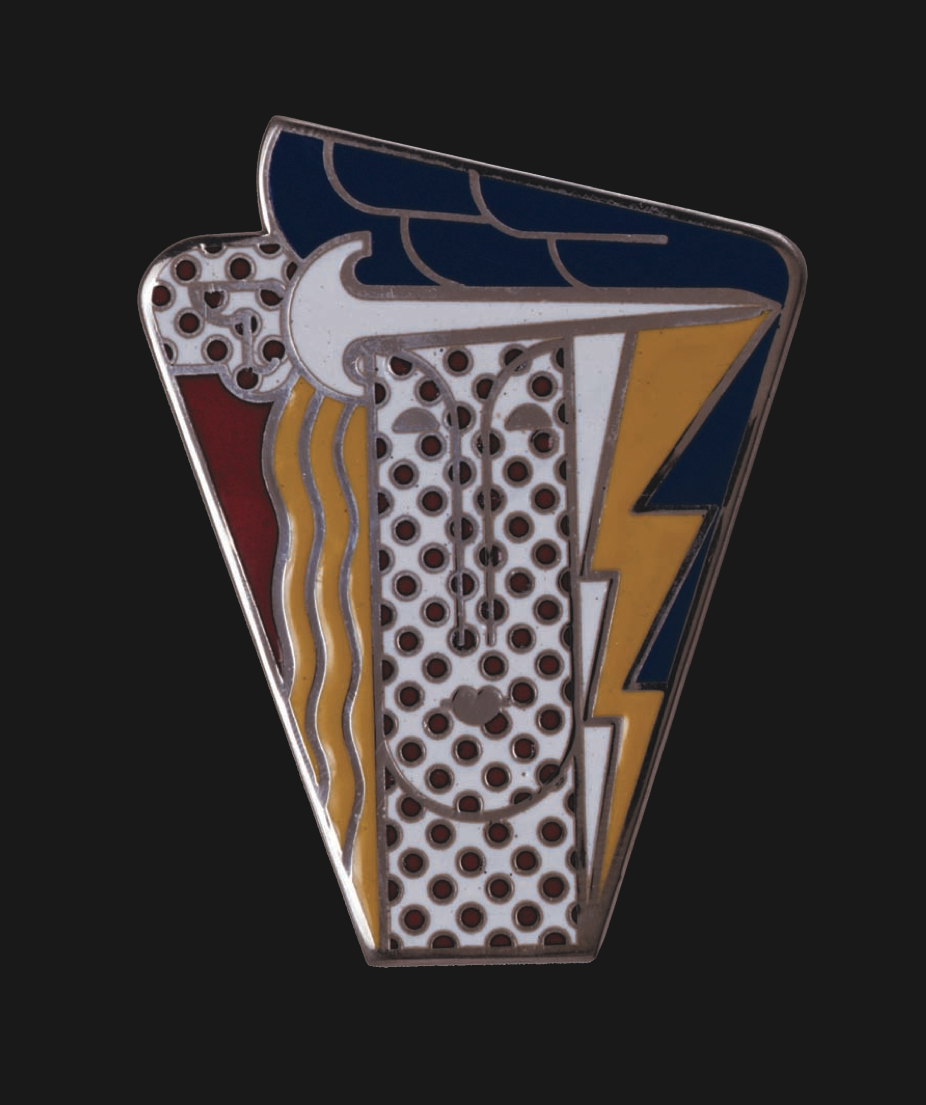 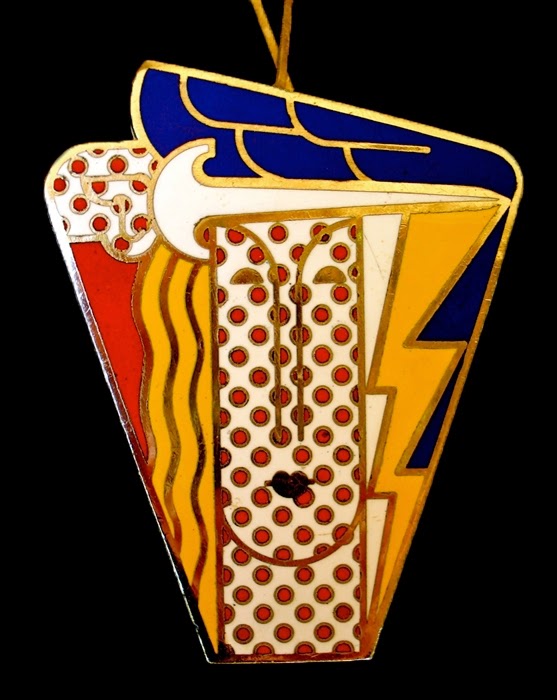 
“Roy Lichtenstein... did two intricate designs for a very beautiful little cloisonné enamel pin. Determined to sell them for twenty-five dollars each, so that everyone could afford one, we were somewhat dismayed to see the result of our virtually non-profit effort being bought and resold in   Europe for ten times the price.... Many [other] artists... were also interested in exploring this direction and in trying to determine whether there indeed was a large popular audience for collecting art.
We discovered that collecting was, however, still an elitist pursuit. I believe that this was the experience of many publishers, and the expansive notion of large editions was finally put to rest so that as a result, in the early seventies, the publishing world focused on smaller, and perhaps more personalized editions.”