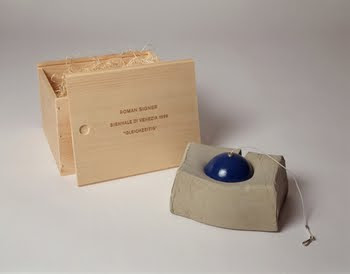 As the Swiss representative at the Venice Biennale in 1999, Signer made 117 steel balls fall from the ceiling on to lumps of clay placed below them on the gallery floor. 100 were boxed and made available as an edition. Copies are still available from the publisher, here, for €3000.

The catalogue is available from amazon for $40.00. 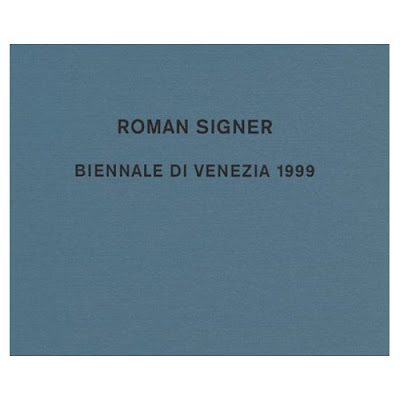 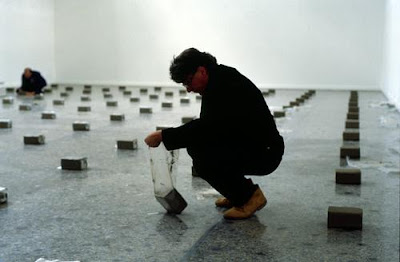 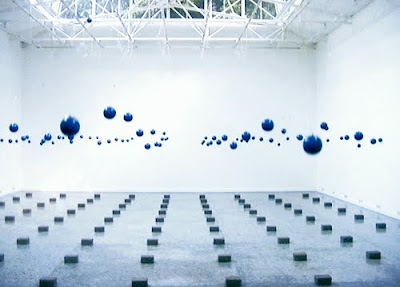 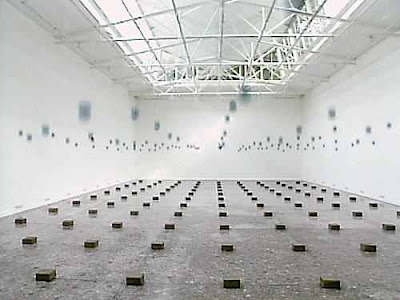 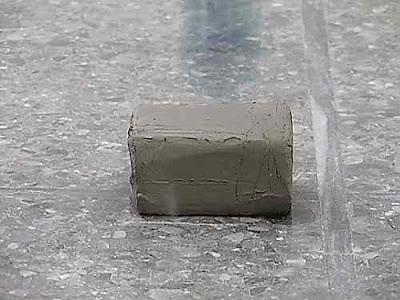 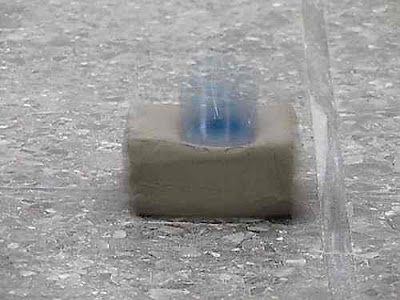 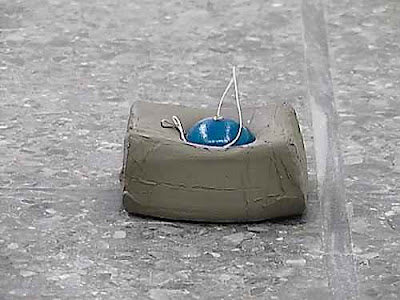 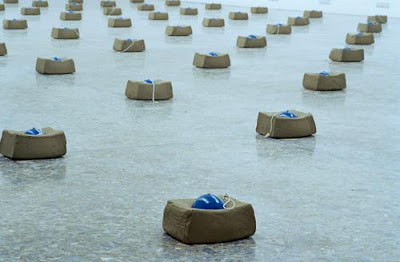 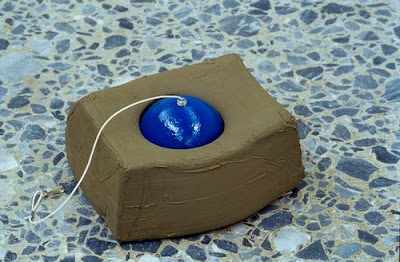 From an interview with BOMB magazine:

Armin Senser: Do you have any expectations when you’re working on something?

Roman Signer: Never, but I imagine certain scenarios. The ideal-case scenario is the one I had imagined: for instance, there’s a puff of smoke and a helicopter disappears into it and then emerges again. But when I do an action it might turn out completely different. That’s the adventure. I’m actually looking for small adventures in art. Otherwise art gets boring.

AS: Let’s take the arrangement of balls you created for the 1999 Venice Biennale. The balls were blown up, and were bound to fall from the ceiling onto a pile of clay. A scientist could’ve predicted when and where the balls would fall. What actually happened were small deviations and irregularities. You undermine expectation, even scientific ones.

RS: Yes. That’s life. One of the 117 balls fell after a delay. Did you see that on film? It took a hundredth of a second. I had done an experiment with this very ball the evening before. I wanted to see how it would fall into the clay. Afterward a worker hung up the ball slightly differently. Because of that it fell down a fraction of a second later.

AS: The perfect is the real, as opposed to the ideal—it’s what actually happens.

RS: Perfection has no role in this at all. In a class of 117 students, there will always be one who comes late.

AS: The event in Venice, the document of a deviation, demonstrates the unpredictability of nature—it poses a theory of nature.

RS: Nature thrives on those deviations. Only in mathematics everything works perfectly. But the higher the math, the more it becomes art, credos.
Labels: boxed works, multiples, Roman Signer