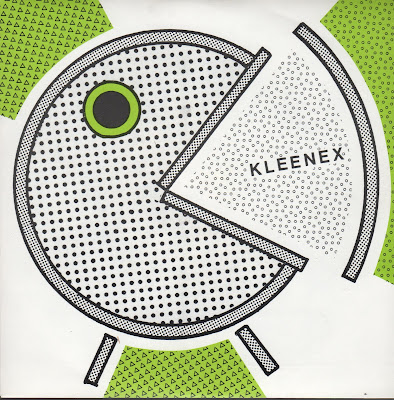 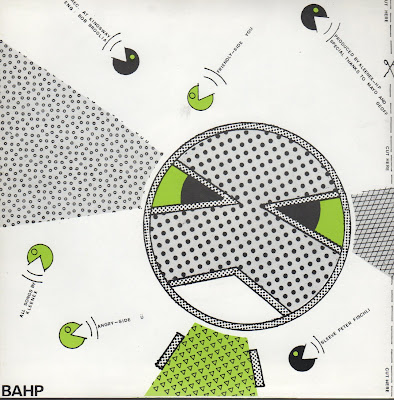 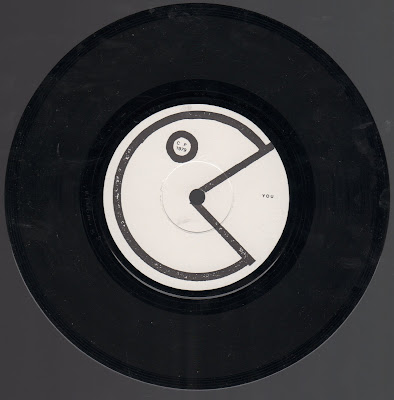 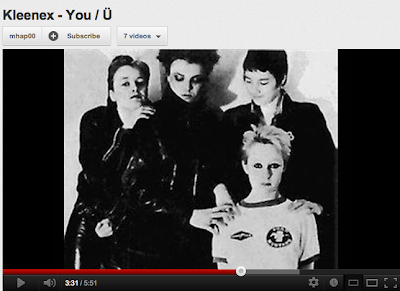 I've been getting lots of presents in the mail lately, and last week this gem arrived, something I've had on the want-list for ages. It's the second single from the excellent Swiss band Kleenex, and their last before being forced by Kimberly-Clark to change their name to LiLiPUT. The cover design is by Peter Fischli of Fischli & Weiss (and presumably now working solo, after the death of David Weiss in April of this year).

Released in 1979 on Rough Trade records, the A-side (or "Friendly Side") is the song "You", backed with "Ü" as the "Angry Side". Both tracks appear on the band's 2001 compilation. Hear them both on Youtube, here.


Klaudia Schifferle, the bass player for the group (who now works as a painter and sculptor):

"Peter did all the designs for Kleenex – flyers, LPs, posters the later, I did some of the LiliPUT covers. Peter’s daughter actually worked with Marlene [Marder] and I to design the booklet for the 4x LP set. We did it all in one day, Marlene and I chose the images for the collage and she glued it all together and stuck a few of her own odds and ends in. It was great to have a young woman as part of the process."