Jenny Holzer | Fingers slide where the brain is close 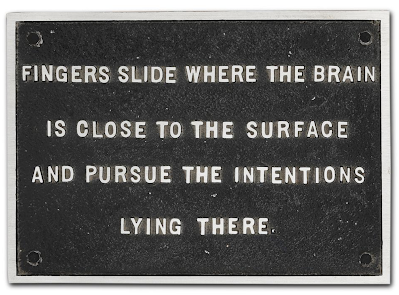 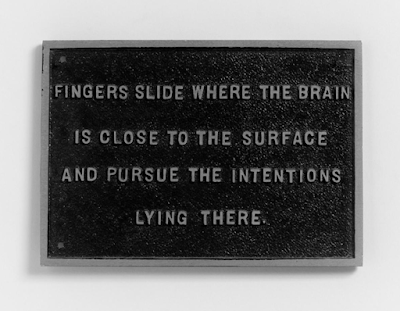 Jenny Holzer
Selection from the SURVIVAL SERIES (Fingers slide where the brain is close...), 1983-1985
New York City, USA: Barbara Gladstone Gallery, 1985
15.2 x 21.8 cm.
Edition of 10 signed and numbered copies
"Fingers slide where the brain is close to the surface and pursue the intentions lying there" is a lesser-known Truism from the Survival series produced as a painted aluminium work, mounted on board. The plaque is accompanied by a certificate of authenticity signed by the artist.
Labels: Jenny Holzer