Stereo Headphones: an occasional magazine of the new poetries 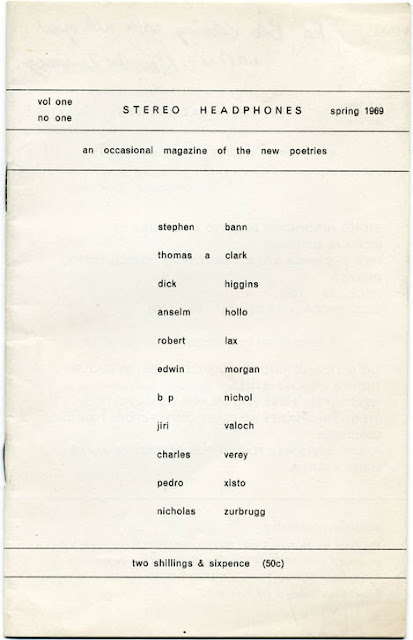 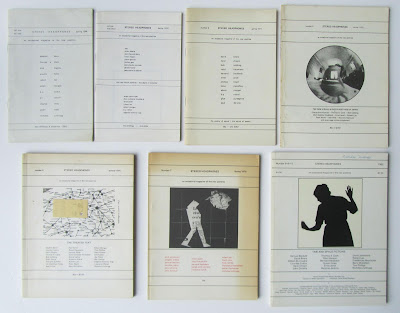 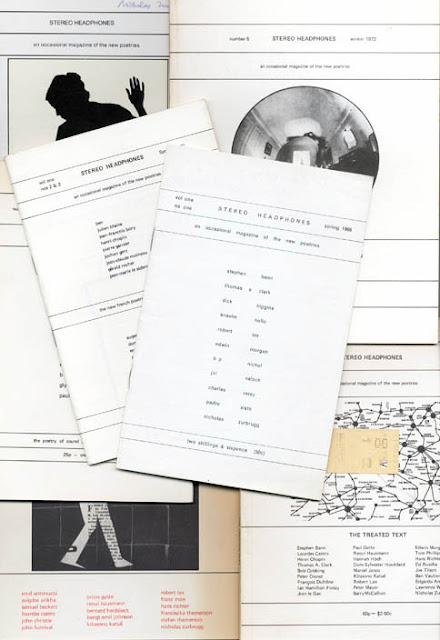 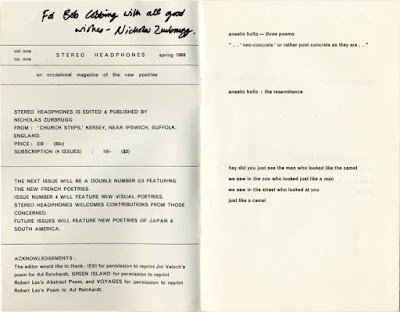 Stereo Headphones billed itself as “an occasional magazine of the new poetries” and published only ten issues in thirteen years. Of these, two were multi-issues so only seven actual magazines were published.

Zurbrugg, then a poet and artist in his early twenties, served as both the editor and publisher. He later turned to academia, publishing several titles on art and poetry. Zurbrugg died of a brain haemorrhage at the age of 54, in 2001.