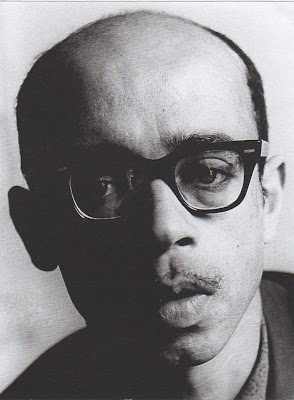 The top three ‘search keywords’ from the stats page for this blog are artist’s names: Mike Kelley, David Shrigley and Stanley Brouwn. Shrigley makes sense; the appeal of his work reaches beyond the visual arts and his current Hayward retrospective is generating a lot of attention. Mike Kelley took his own life a few weeks ago. But Brouwn surprises, as he remains, despite his importance to the history of conceptual art, fairly obscure.

Since 1972, every catalogue or group exhibition that the artist has participated in has featured the line “At the request of the artist there are no photos or bio-bibliographical data” or “At the artist’s request, his birth date is excluded here, and the works are not reproduced”, or some variation thereof. Brouwn also has consistently refused to give any interviews about his work. Portraits of the artist are incredibly rare. 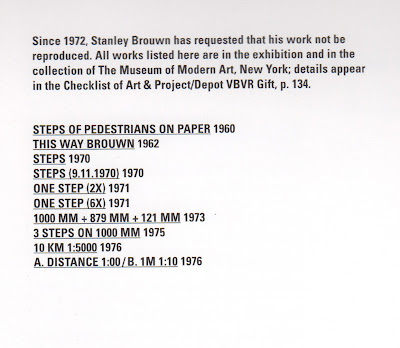 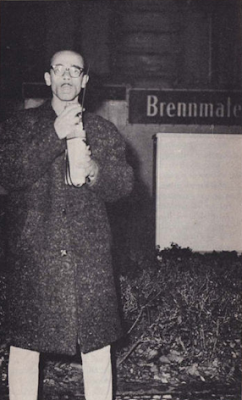 Brouwn was born in 1935 in the northern South American Republic of Surinam, in the capital city of Paramaribo. At the age of 22 he moved to Amsterdam, the year of his first published work (according to Harry Ruhe’s comprehensive Stanley Brouwn: A Chronology). Brouwn contributed a drawing and a poem to Spiraal 1. The following year he contributed to the next four issues of the periodical.

In 1960 the artist mailed out invitations declaring the shoe stores of Amsterdam as his art work. Later that same year he began his best-known series - This Way Brouwn. The artist stopped passersby in the street and asked for directions, encouraging them to make a fast sketch explaining a route. He then stamped these drawings with the title, exhibited them and made them into a bookwork. 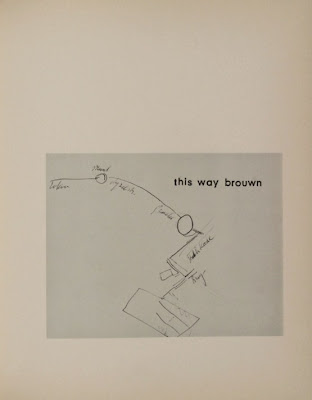 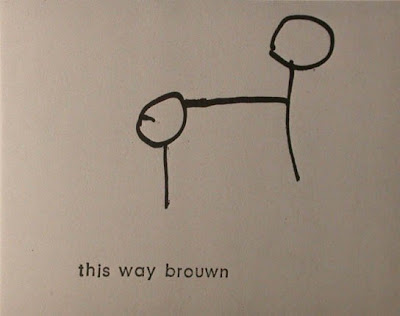 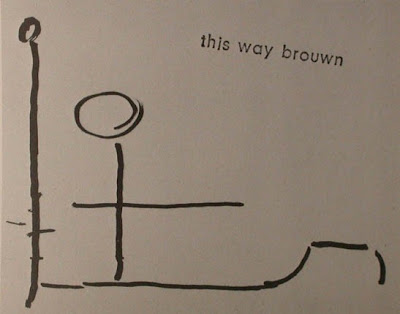 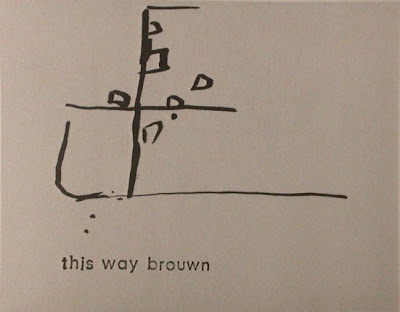 His first gallery exhibition (a group show) took place in 1962, at Ruhe’s Galerie A. The following year he appeared in a television program created by Willem de Ridder and Wim T Schippers. Brouwn is shown placing white sheets of paper on the street, inviting pedestrians to walk over and leave their footprints.

His first publication was made of pink silk-tissue paper in an edition of 100 copies. Brouwn added lemon juice stains, which eventually dried and could only be seen when heated. A dealer tells the story of selling one of these for just under two thousand pounds, several years ago. After the transaction was made, but before the work could be lovingly packed and shipped, his assistant discarded it, thinking it was waste paper on his boss’ desk.

Brouwnhairs from 1964 is a 76-page, self-published book in an edition of three. A single hair of the artist’s is pasted onto each page. Lucy Lippard discusses the project in Six Years: The Dematerialization of the Art Object 1966 to 1972. Later that same year Brouwn contributed to the first Fluxus Yearbox (miscredited to Stanley Brown) and to Wolf Vostell’s De-coll/age 4.

By the early 1970s Brouwn had made measurement and his own movements central to his work, systematically counting the distances he had covered. This procedure produced a series of books entirely devoted to a sequence of numbers or text-based measurements, densities or distances. These books have been exhibited in otherwise empty galleries on simple white bookshelves, without any other identifying texts. 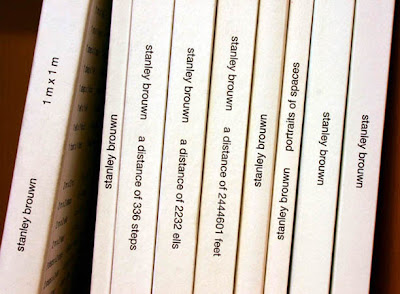 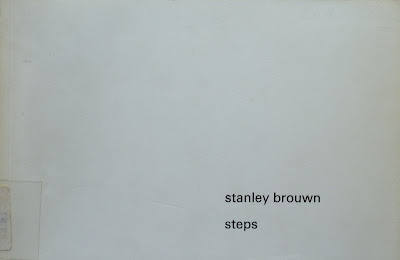 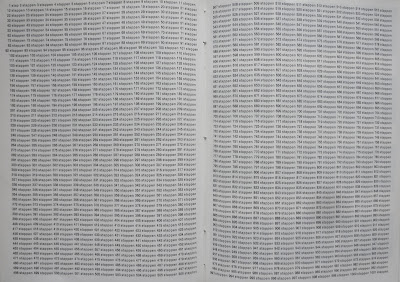 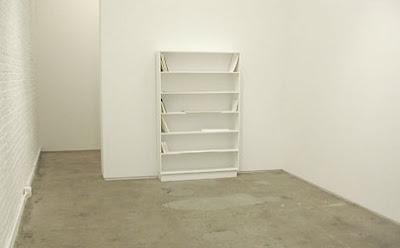