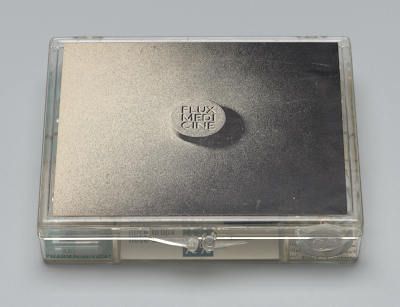 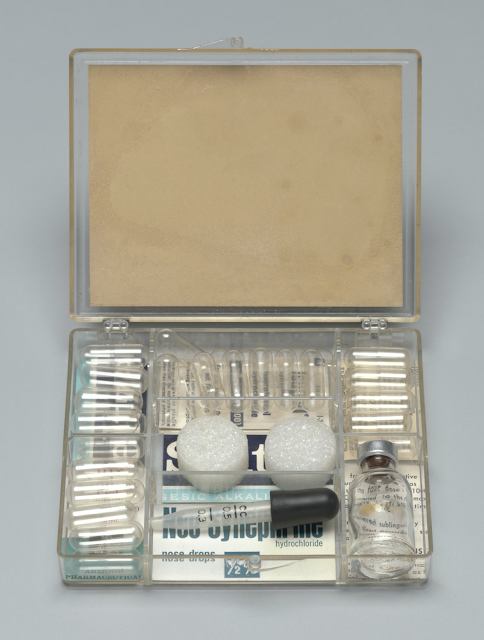 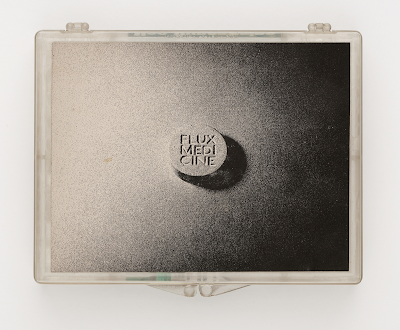 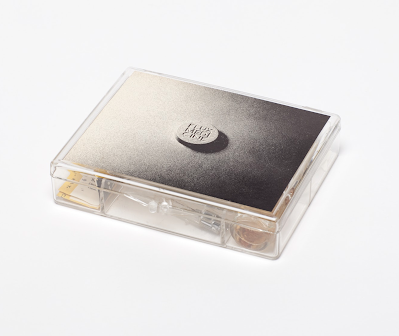 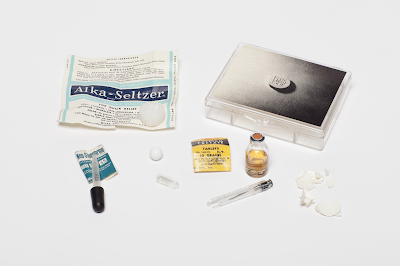 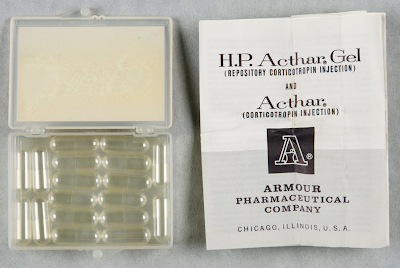 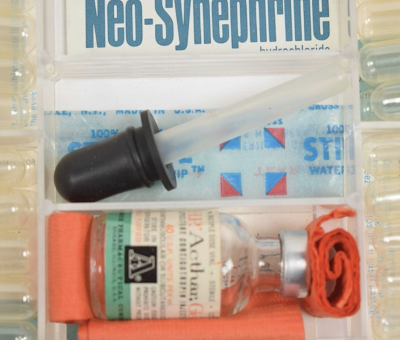 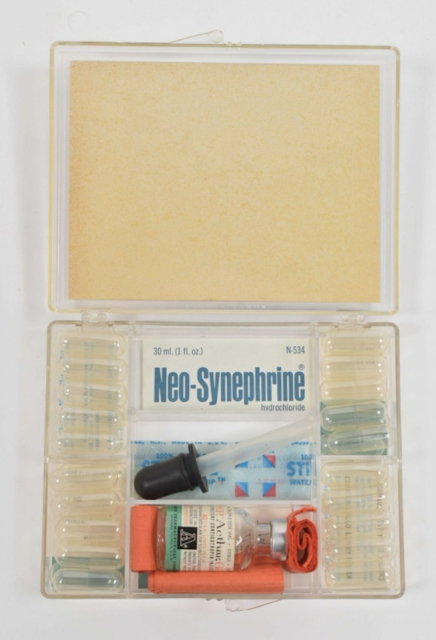 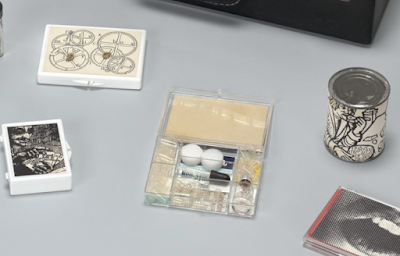 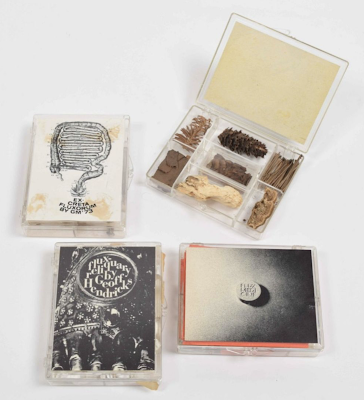 Shigeko Kubota
Flux Medicine
New York City, USA: Fluxus, ca. 1966
10 × 12 × 2.5 cm.
Edition size unknown
One of only two editions produced by the artist for Fluxus (the other being Flux Napkins, here), Flux Medicine falls into a few categories of the boxed object Fluxkit. These include  'nothing' (Nam June Paik's blank leader as Zen For Film, Ben Vautier's Flux Holes), futility (George Brecht's Closed on Mondays) and the non-functional (Ken Friedman's Flux Corsage).
The work also reflects the biography of George Maciunas, who served as the publisher and the designer. In 1965 Maciunas produced a work called Flux Mystery Medicine, which consisted of bottled pills, possibly in water. Only a photograph of this work is known to exist. It likely stems from Maciunas' fascination with medicine and the fact that he would buy food with the labels torn off at a discount price. Consuming unidentified canned food is one thing, but random pills is altogether a lot more sinister.
Discarding his empty pill containers via Fluxkits likely appealed to his sense of humour, also (see the less known variation on John Chick's Flux Food, here, and his own work One Year).
The better version (a square white box, included in copies of Flux Yearbox 2) is entirely made up of empty pill capsules. Less to unpack, but somehow more elegant.
The label features one of Maciunas' more simple and effective designs. Unlike the usual vintage graphics and unusual typefaces he employed, this cover label features a carved plaster disk approximately 6.3 × 6.3 cm in diameter, photographed to look pill size. The original, and the mechanical design below, are housed at the Museum of Modern Art, as part of the Silverman Collection.
Kubota died on this day in 2015, at the age of 77. 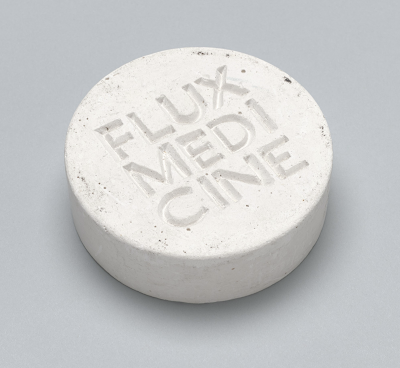 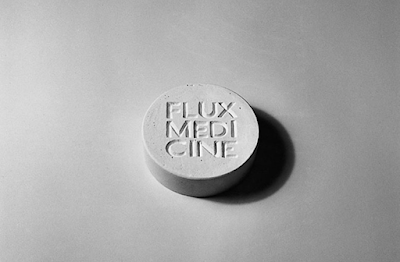 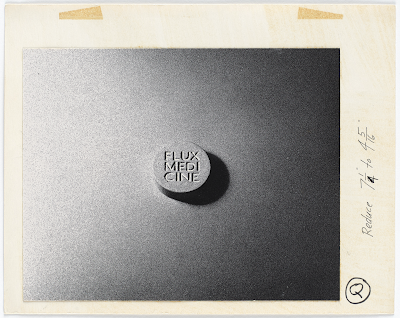 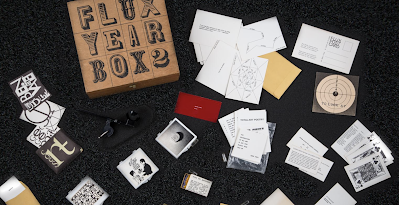 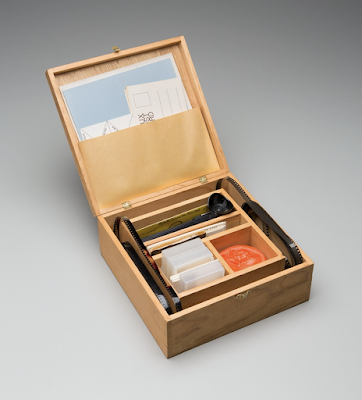 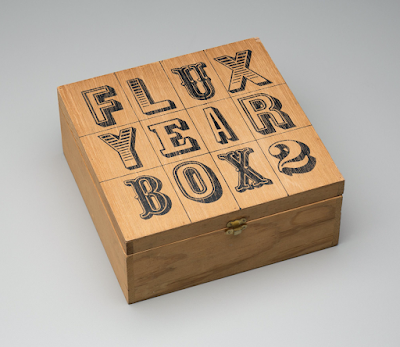 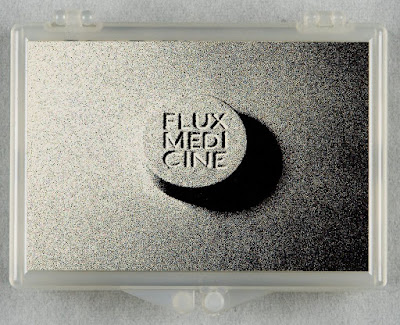 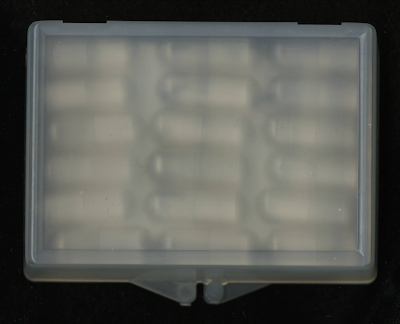 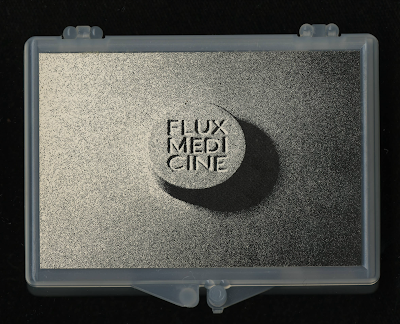