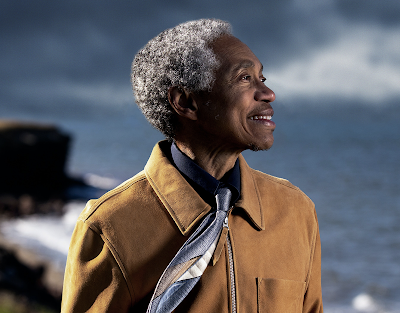 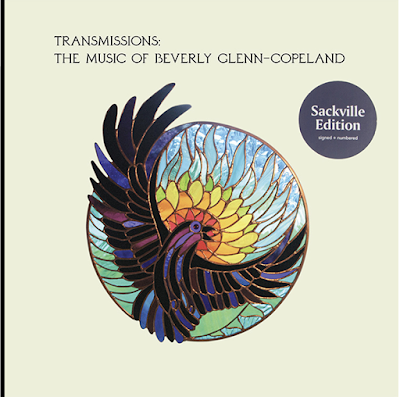 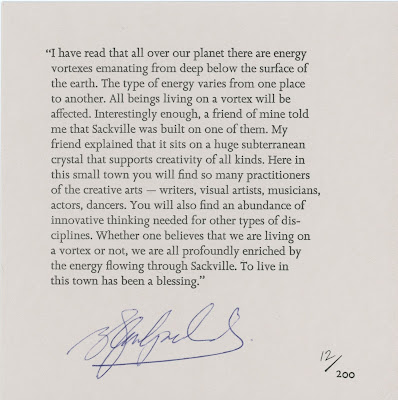 Beverly Glenn-Copeland
Transmissions [Sackville Edition]
London, England/Sackville, Canada: Transgressive Records/Struts Gallery, 2021
12” LP w/7” single, gatefold sleeve
Edition of 200 signed and numbered copies
$35.00 CDN
Roula and I are leaving Struts Gallery in a few weeks, but we're very glad to have this release out before our final days. Yesterday we launched the Sackville Edition of Transmissions, by one of the small town's most celebrated residents, Beverly Glenn-Copeland. Transmissions is a career retrospective 12” LP in a gatefold sleeve housing an additional 7” single. The Sackville Edition contains a letter-pressed statement by the artist that is signed and numbered.
The album presents Glenn-Copeland’s work in a non-chronological order, featuring music from throughout his five decade-long career. It also includes his first new song in fifteen years, “River Dreams”, which Pitchfork cited as one of the best 100 songs of last year:
“The pioneering experimental musician sings rich and soft invocations that encourage reflection, accompanied by circular piano melodies and synthetic orchestral chords. The meditative track speaks to finding fulfillment out of what little you have around you, learning to tune into the universe when it speaks, and grounding yourself in small moments of serenity—necessary reminders amid a year of unprecedented turmoil.”
Beverly Glenn-Copeland moved from Philadelphia to Canada in 1961 to attend McGill University, becoming the first black student to study in the faculty of music. After representing Canada at Expo 67 with his three-octave vocal range, he decided to make the country his permanent home.
A self-titled debut album followed three years later, and soon after that he began a two decade-long stint as a writer and performer on the children’s television program Mr. Dressup (as well as contributing to Sesame Street and Shining Time Station).
In 1986, he self-released the electronic album Keyboard Fantasies on cassette, which very slowly acquired a cult following. Before Glenn-Copeland's 2002 gender transition was publicly known, the recording was selected as one of the 70 greatest recordings by women by the publication The Stranger. Last year the Polaris prize awarded the album their Polaris Heritage Prize, determined by a public vote.
In a now-legendary story, the influential Japanese collector and record store owner Ryota Masuko contacted Glenn-Copeland in 2015, asking to buy up any remaining stock. Thirty copies of the almost-thirty-year-old cassette sold in three days – almost as many as in the previous three decades.
“Inside of a month, I had offers from 10 record companies,” Glenn-Copeland told the New Republic, in 2020. Other international press followed, with stories appearing in the New Yorker, The New Statesman, The New York Times, The Sunday Times, The Washington Post, The London Telegraph, and Artforum.
A 2019 documentary about his work screened at MoMA’s PS1 in New York and a performance video is set to debut at the Guggenheim later this year.
In 2017, BGC returned to the stage for the first time in decades, as a part of Sackville’s annual Sappyfest event. Performing at the Vogue Cinema gave him a “renewed sense of purpose.” He told Exclaim magazine:
"It's almost like I had never been on stage before with that spiritual and emotional attitude. One, I needed to thank the audience. And two, I needed to talk to people. My music is about who we're trying to be as humans on this particular planet. I can finally talk about that with the audience understanding what I'm saying, because they're saying the same things!"
Transmissions [Sackville Edition] is available through Struts Gallery, here, in a limited edition of 200 copies.
Praise for Beverly Glenn-Copeland’s music:
“A type of art that feels like a secret once you come across it.”

“Across Glenn-Copeland’s songbook are pearls of wisdom about grace, forgiveness and spiritual ablution. ”
– Pitchfork
[“Don’t Despair” is] one of those songs where the melody is something you had in your imagination but could have never written yourself.”
– Lafawndah
“Like his contemporaries Leonard Cohen and Arthur Russell, with whom he shares a knack for writing melodies so satisfying they sound as if they’ve been unearthed from ancient memory, he sustains a singular voice no matter his setting.”
- Artforum
"Listening to Glenn's music, I heard a way of taking things that are difficult and making something positive, affirming, reassuring, and comforting out of them."
- Dan Snaith, Caribou
“Perhaps its Glenn-Copeland’s example of boldly living as a transgender man or his dedicated Buddhist practice that imparts a sense of calm and perseverance. His music draws on the European classical tradition, but it’s delivered with the full weight of the African American spiritual tradition, as on his stunning version of “Deep River.”
– Washington Post
“Music to be held close and to be cherished”
- Steve Lambke
Labels: Struts Gallery