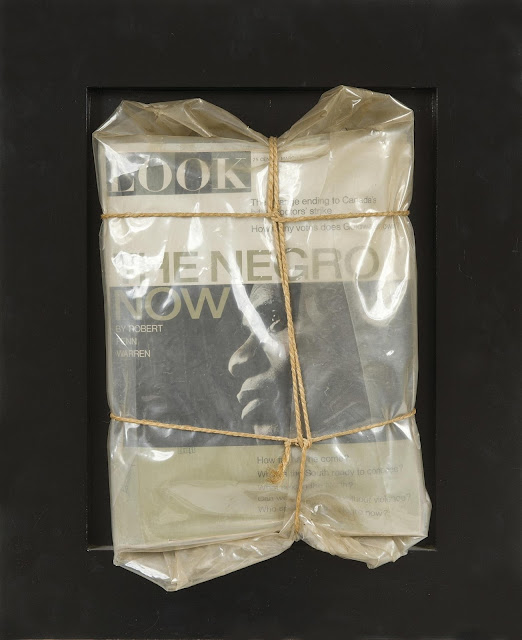 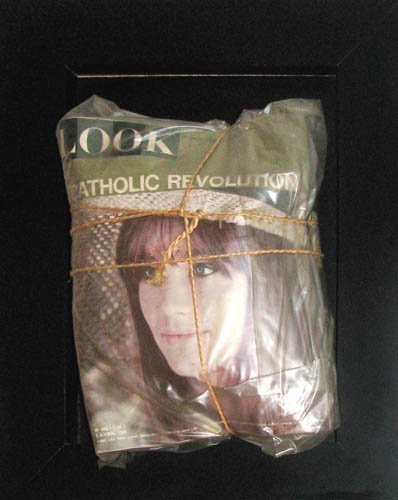 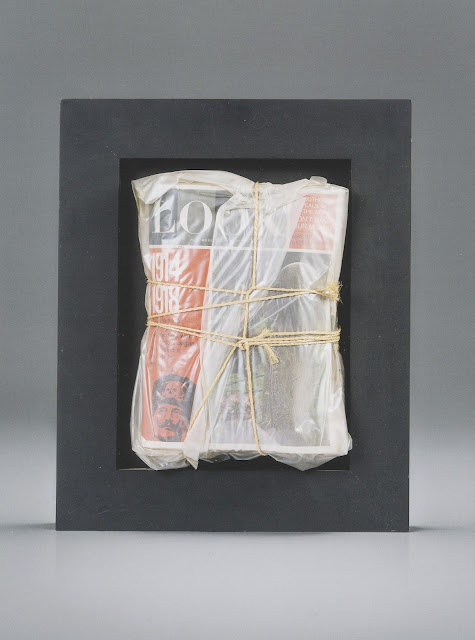 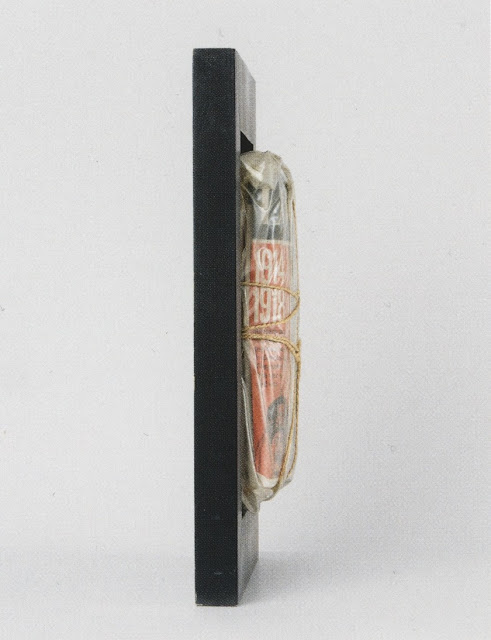 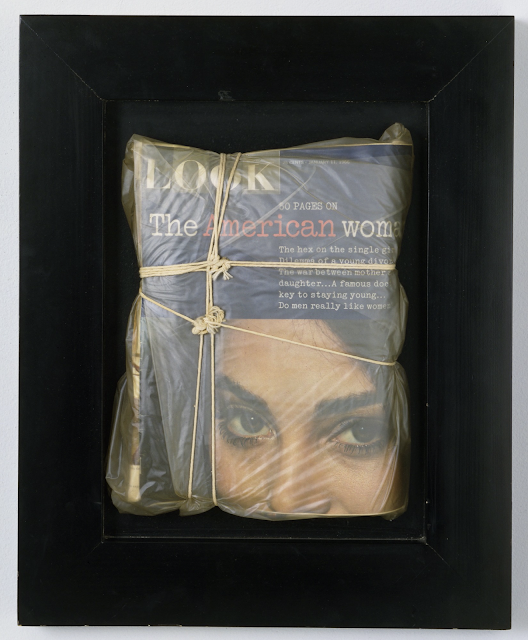 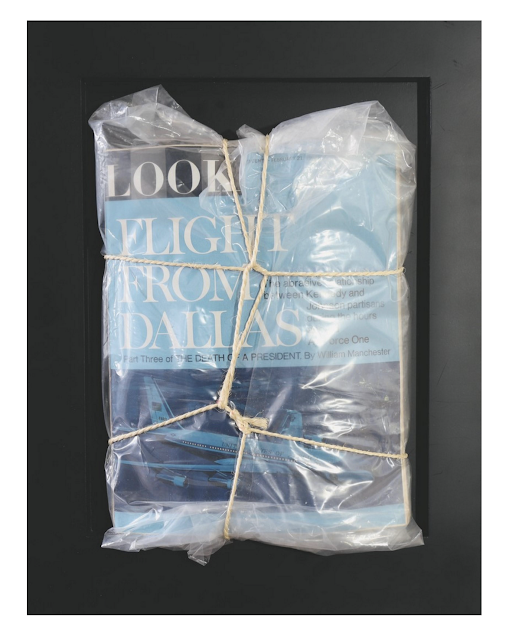 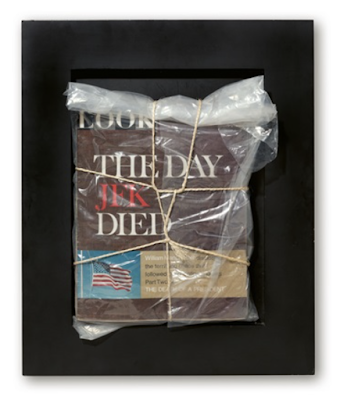 Christo
Look
Cologne, Germany: Edition MAT/Galerie der Spiegel, 1964
56 x 45.6 x 8.2 cm
Edition of 100 signed and numbered copies
Christo first wrapped magazines in 1961, and his first multiple was a wrapped copy of the German magazine Der Spiegel. In 1963, he produced a large work containing various wrapped magazines, also titled Look.
His second multiple was produced for Daniel Spoerri's Edition MAT and featured various copies of Look over sheets of foam, wrapped in polyethylene and cord, on a wooden support.
Christo and his partner Jeanne-Claude has relocated to New York the year prior and Look magazine represented the essence of American consumerist culture. Headlines in the issues he selected included "The American Woman", "The Changing World of Japanese Women", "The Negro Now", "Catholic Revolution", "Flight from Dallas", "The Day JFK Died", and "Kennedy" (see below).
When the works were shipped from New York to Karl Gertsner (who coedited Edition MAT MOT with artist Daniel Spoerri) in Cologne, customs agents unwrapped several, not recognizing them as artworks.
In an undated letter to the artist from the Spoerri archives at the Swiss National library, Gertsner proposes adding the black wooden frame, so that the works might be read as "pictures" (Wrapped Der Spiegel had been designed to lay flat). This would also allow them to be mounted on the wall for a forthcoming Edition MAT exhibition that was being planned at the time. Perhaps most important to the publisher, mounting the works made them more marketable. The editions from the 64 series that were not hung proved more difficult to sell.
Look initially sold for under $200. Recent auction prices today hover around $20,000. 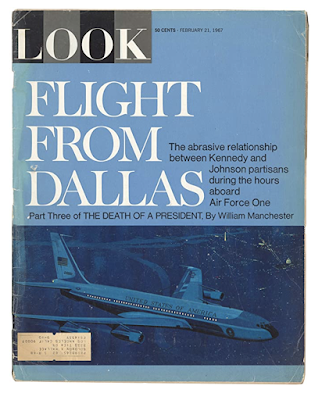 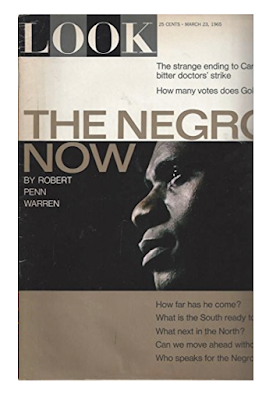 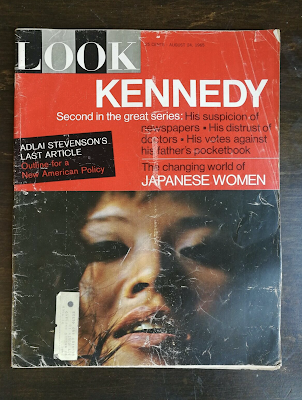 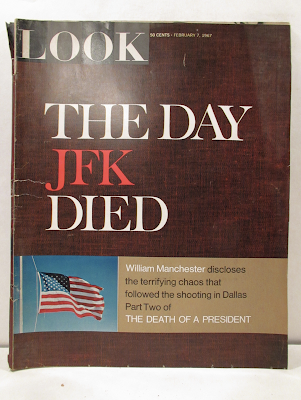