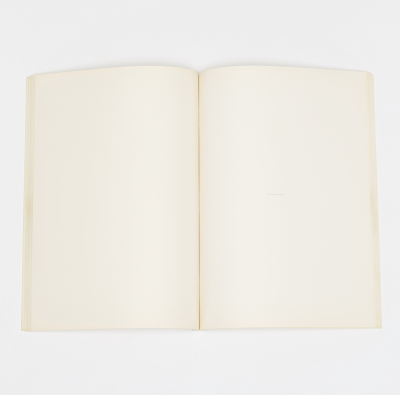 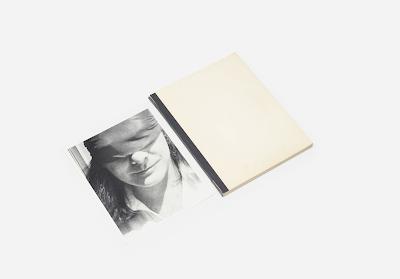 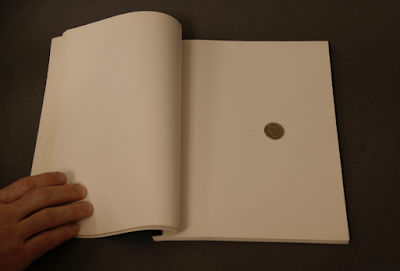 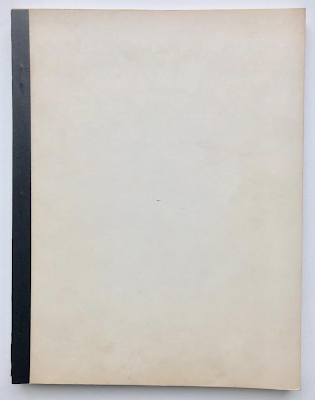 
In 1966, the curator of modern art at the Los Angeles County Museum of Art, Maurice Tuchman, initiated an Artist-in-Residency program that would still be considered adventurous by today's standards. The program, titled Art and Technology (A&T), had a mandate to promote an exchange between artists and the corporate world. Tuchman modestly proposed, “that if the best artists are exposed to the sophisticated techniques of industry, something will come out of it. Both artists and corporations may gain something from each other”, but his ambitions were considerably grander.
He selected local companies capable of supporting ambitious art projects, either financially, or by providing technical expertise.

James Lee Byars was partnered with the Hudson Institute, a right-wing think tank founded by Herman Kahn, the futurist, military strategist and systems theorist who was the inspiration for the title character of Stanley Kubrick's 1964 classic Dr. Strangelove or: How I Learned to Stop Worrying and Love the Bomb.

Byars worked with the Hudson Institute for the second half of 1969, under the guidance of Kahn himself. His plan was to lock one hundred of the world's most brilliant minds in a room and have them ask each other the questions they had been asking themselves. It was a brilliant plan, but when he attempted to reach them by telephone, apparently most of them hung up on him.

He had hoped to enlist the help of the Gallup polling agency, but they declined also. The work, now called The World Question Center, ended up being broadcast on Belgium television, and involved questions solicited from viewers.

Byars then wanted the questions compiled in book, which would be edible. When costing it out ($3.70 per 100 sheets) he noted that "I do want it to be exquisite however...the world's first eatable public book...cover hopefully will also be eatable ...."

He asked the LA County Museum help to produce it, but they declined. The Hudson Institute would also not fund an edible book, but did agree to print a simple book with one hundred unnumbered pages, each containing a single question, printed in microscopic font:

This book is eatable?
Merry X?
Woo?
O?
I'm the self-appointed World Question Center?
Putting Byars in the Hudson Institute is the Artistic Product?
E=MC2,  next?
I have perfect question?
This is question theory?
Say it is yours?
The question of perfect speed and total elasticity?
A proposition is public question?
Clone me?
Which questions have disappeared?
Do you have an affection for question?
What's the difference between asking and telling?
He grabbed my nose and said what do you want a nonlinguistic question?
Put your hypothesis in general language?
Imagine the palpability of question?
Did Plato forget question?
ls all speech interrogative?
Ho! Ho! Ho! is the same in all languages?
Call all earth attention to a signal?
Arro, is repeat.info.?
l'll give you 5 min. of face?
What questions are you asking yourself?
Think yourself away?
My business is asking and access?
I'll get her question grammar?
Read Plato's nonsensical definition of the Good?
"Forget it" is a treatise?
Put your autobiography in a question?
The question is the answer?
A Pompidou?
Is self-conscious option enough?
Trancequestion?
I fell in love with Herman Kahn because I knew in advance he could speak 400 words a minute? What's fancy for those in power (does it keep them healthy)?
A '69 question?
My only desire is to explain everything?
I listed all the Universal Questions before?
What's your general honorific sweetie?
Put question in the Encyclopedia Britannica?
I am the complete history of the world?
How to meet a General,"Imagine I have short hair and birds on my shoulders like you once had"?
This question is capable of questioning itself?
The ghost of question?
Starquake?
I'm the Unofficial Poet Laureate of the United States?
Make a soliloquy on question?
"Well?" was her favorite question?
Question is Big Art?
What's the difference between quantity and quality?
How to fall in love with a phone call?
Are all people interchangeable at some live level?
How does he question and how does he eat?
The world is so fantastic why make up?
All questions consist of establishing the notion of asking followed by a nominative?
The Earth at least?
His head weighs 25 lbs?
Exalting question is surprising?
To present the opportunity of possible response is the exhibition?
I can repeat the question but am I bright enough to ask it?
Multiply a question?
Find the world question in a week?
He asks 100 times or not at all?
Mathematics HaHa?
Imagine being possessive of a question?
Questions are gifts?
I'm full of Byars?
My work is civil defense?
You're the person they pretend doesn't exist?
Herman Kahn'll be a Buber by 50?
What's the speed of an idea?
He has the heaviest question in the U.S.A.?
Question boon?
I'll be the Artist in the Pentagon, next?
Make a question was the whole exam?
Suppose the context around this question?
I quit you?
All questions rise in intonation?
The first sentence I ever read was "I can see you"?
Israel is a philosophical mistake?
A?
Zoo?
Numbers don't count?
Ask is New English?
Limit all talk to the sound of 0?
It takes 5 minutes to come down to your level?
I'm 1/16 Jewish?
Drop hello?
Empty mouth, what's the matter?
Her questions are her ornaments?
The world's smartest man got mad when asked for a question?
Axiologv? from The Director of Atomic Energy?
I've done Anglo-Saxon?
If you ask for something that doesn't exist you deserve it on the intelligence of the request?
Question bully?
Suddenly he's a collar, a necktie, and a lapel?
Credit is to identify your question?
My tongue is insured for $50,000?


Assessing his involvement in the program afterwards, Byars suggested that his presence at the Hudson Institute constituted an artistic work unto itself, which is possibly the best way to evaluate the LACMA program. Even as an incomplete work, the piece ranks high enough in the artist’s oeuvre to feature prominently in his New York Times obituary, nearly thirty years later.


About the above images: the seller included a quarter for scale , and the photograph of the artist  [c. 1975] was sold alongside the book at auction, but is unrelated.