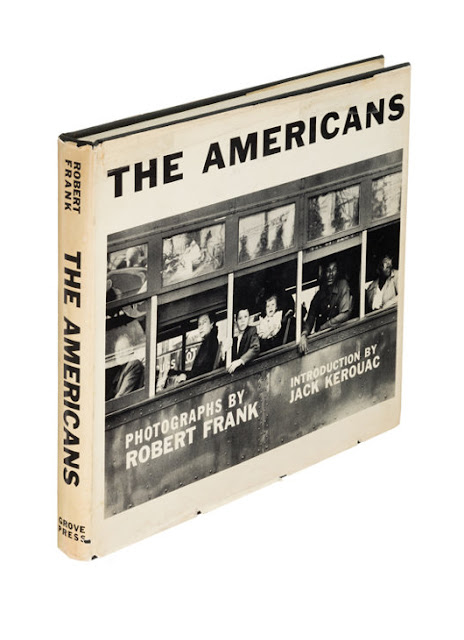 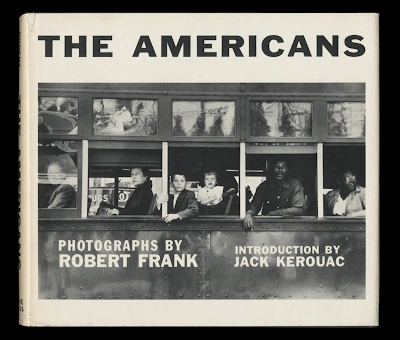 "What a poem this is," Jack Kerouac writes in his introduction, "what poems can be written about this book of pictures some day by young new writers." He goes on to call the book "Better than a show", indicating an astute understanding of artists' books before the genre was even named.

Robert Frank received a Guggenheim grant to produce the work, travelling ten thousand miles across America between April 1955 and June 1956, with the aim of completing a body of work that would be a broad record of Americana, past and present.

Several of the individual images have become iconic, but the book is renowned for its complex sequencing. After shooting over seven-hundred rolls of film, Frank selected 83 images for the book, divided into four chapters, each beginning with an American flag. The American edition differs from the French version published a year prior. Frank discards the original accompanying texts and adds Kerouac's introduction for what became the definitive version of the book.

Photographer Martin Parr amassed a collection of 12,000 photo books, now in the collection of the Tate Modern. He remembers The Americans as being the first book of photography that he owned, purchased in the 70's when he was in college. He considers the title a "masterpiece" and "the most renowned photo book of all."


"[The Americans] changed the nature of photography, what it could say and how it could say it. It remains perhaps the most influential photography book of the 20th century."

Frank died yesterday at the age of 94, at his home in Nova Scotia.