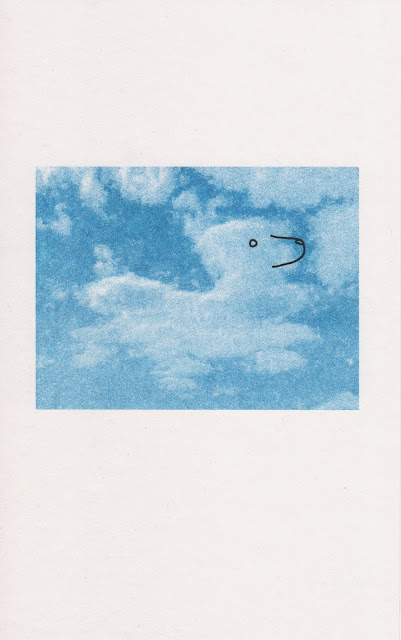 
A risograph print made as a kind of companion to Maltese's recent bookwork, CLUES, released last month. Both works involve "peculiar cloud formations and subsequent overlaid drawings" and came about during a three-month residency at the Glenfiddich Distillery in Dufftown, Scotland. Maltese created a body of work that investigated the psychological phenomenon of pareidolia, a type of apophenia, in which patterns are seen in random data (Jesus in your toast, an image of a man on the surface of the moon, etc.).

Maltese's exhibition "How Long Is A Piece Of String" opened yesterday at Night Gallery in Los Angeles, and continues until January 19th. For more information, visit the gallery website, here.