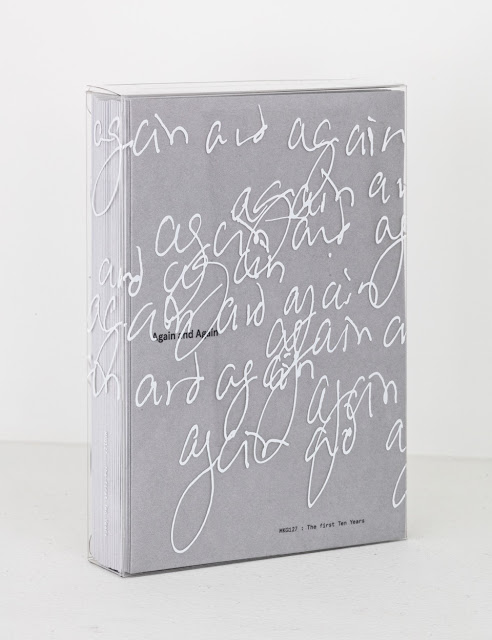 Housed inside a screen-printed clear box are single-fold booklets for each artist represented by the gallery, an accordion-fold timeline of every exhibition and project from the last decade, and a booklet of texts. The latter includes an interview with Klein by Robert Enright (whose previous interview subjects include Christo, Jeff Koons, Yoko Ono, composer Gavin Bryars, filmmaker Peter Greenaway, etc. etc.), alongside personal essays by Sky Glaboush, Dan Adler, Elle Kurancid, Christina Ritchie and myself.

I confess to having had some serious skepticism about the project (the potential for navel gazing in an anniversary publication typically overwhelms), so consider this my volte-face. The title certainly includes some (earned) love and affection, but never tips over into outright sentimentality, and giving each artist their own brochure allows them to present their own work (sometimes documentation, sometimes an artist project for the page) on its own terms. Despite the fast turn around, nothing in the book feels hurried, which is a testament to Kleins Michael and Lily, and to Alex Bowron, who were responsible for wrangling the two dozen or more participants.

The project is beautifully designed by Emma Wright, and features a cover graphic by Laurel Woodcock. The book is dedicated in her memory.