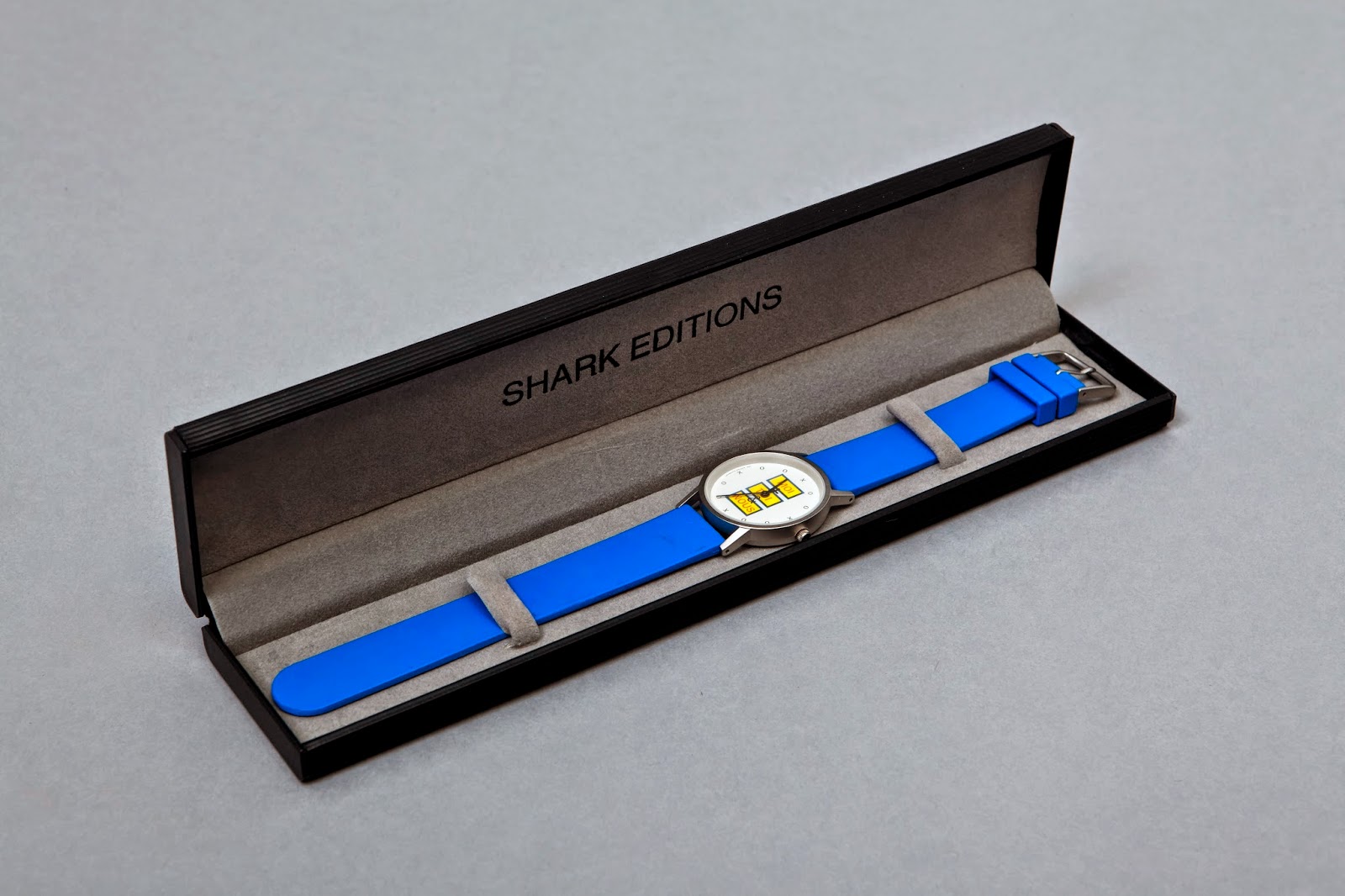 
Published by John Goodwin's Shark Editions (who also produced works by Mark Dion, Moyra Davey, Maurizio Nannucci, Hans Peter Feldmann and many others), this battery powered wrist watch features a custom rubber band and is housed in a hinged gift box and slip case, accompanied by a signed and numbered certificate. The face of the watch features Weiner's text MOI + TOI & NOUS, with X's and O's representing the hours.

The intended edition of 500 was never realized, and only 350 copies were produced.
Labels: *, Lawrence Weiner, multiples, Shark Editions