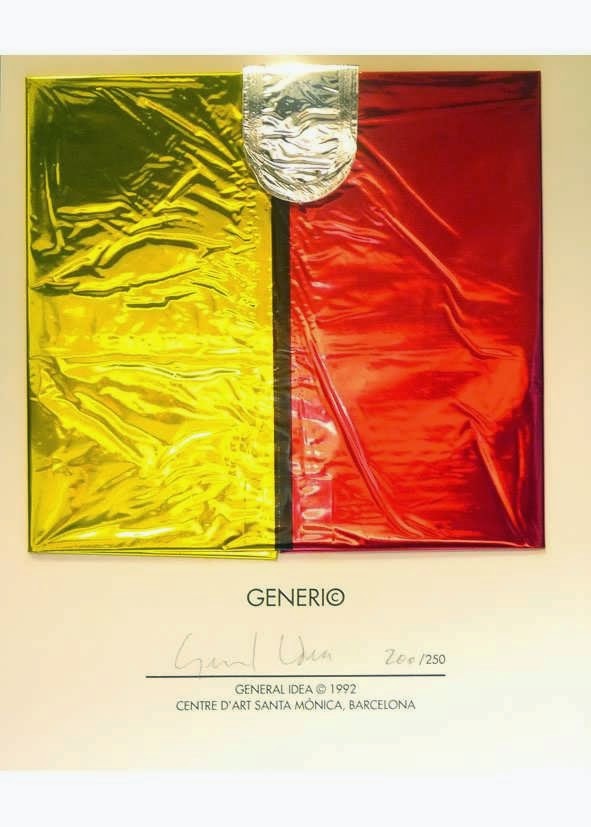 Released in conjunction with the exhibition Pharma©opia at Centre d'Art Santa Mònica from the 15th of September - to the 10th November, 1992. The exhibition featured an installation comprised of 3000 of the helium-filled mylar balloons, an idea lifted from Andy Warhol's 1966 work Silver Clouds.
The GENERI© balloons were half yellow and half red (a nod to the Catalan flag) and shaped like capsules.