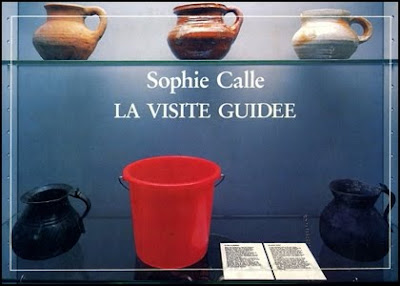 A 1996 exhibition catalogue/artists' book hybrid, consisting of images of the artist's personal possessions, which were placed in the Museum Boymans-van Beuningen Rotterdam display cases, alongside the museum's own holdings. Visitors were given a guided tour on a walkman. Calle, accompanied by music by Laurie Anderson, offered autobiographical recollections of the objects. For example:

"...When I went to her house to find a memento of her, I chose the TV guide that was still on a table by the television: her last issue of Tele Star. For my grandmother and her home, life had stopped the week of the 16th to the 22nd August, 1986."

The cover image features my favorite work by Calle, in which she responded to a display case of historic chamber pots by placing a plastic red bucket among them. The intervention was accompanied by the following story:

"In my fantasies, I am a man. Greg was quick to notice this. Perhaps that’s why he invited me one day to piss for him. It became a ritual: I would come up behind him, blindly undo his pants, take out his penis, and do my best to aim well. Then, after the customary shake, I would nonchalantly put it back and close his fly. Shortly after our separation, I asked Greg for a photo-souvenir of this ritual. He accepted. So in a Brooklyn studio, I had him pee into a plastic bucket in front of a camera. This photograph was an excuse to put my hand on his sex one last time. That evening, I agreed to the divorce."

In addition to the impact of the anecdote, the work causes the viewer to look differently upon the other historical objects displayed. A museum goer might be well aware of the intimate nature of their purpose, but Calle's candor illuminates and embellishes our relationship with these relics, encouraging a visceral, not academic, response to artifacts that people once pissed and shat into. 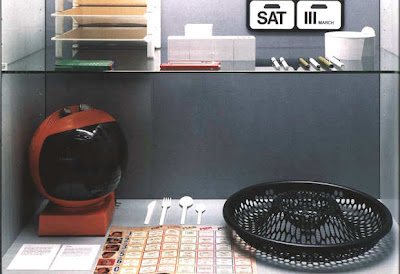 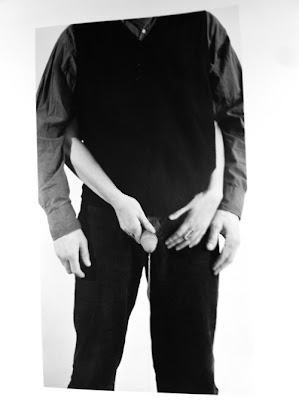